To say Brody Leven has been slogging uphill in the ski industry might be an understatement. Whether it’s been skinning, ice-axing and roping his way to the top of Utah’s backcountry, biking up closed mountain passes to get to the base of an objective, or living on a shoestring budget in an RV with stolen electricity in the parking space of a friend’s house, the living hasn’t been exactly easy. But it appears the going may get a little less tough, as Brody has recently signed with international outerwear brand O’Neill, thanks to a little help from snowboarding’s most infamous shred-mountaineer, the Jeremy Jones. I sat down with the recreational writer to find out how the good life came together for him.

How the hell did you get to ride with Jeremy Jones? It took me two months just to get a fifteen-minute phone interview with him?

Jeremy has been phoning me, relentlessly, for over a year now. Finally, while sitting at dinner in Salt Lake, a friend called me out: “You can’t just keep ignoring calls from Jeremy Jones. If he wants to ride with you, just take a few laps with him to cool his big-mountain-jets. I know it’ll suck, but you just have to do it.” So, O’Neill arranged the O’Neill Experience, bringing us to Whistler to finally get it over with and let my phone stop overheating from the constant ringing.

In fact, after month 6 of calls, I finally changed his number from “Jeremy Further” to “Ignore Boarder” in my phone.

In reality, though, I met with Jeremy because Team O’Neill Snow was in Whistler filming for the O’Neill Experience, a web documentary series following the nine-member team. I am so humbled that Jeremy made it here and was willing to work alongside me on some photoshoots. Skiing with my hero was the experience of a lifetime, and calling him a teammate is even crazier.

How did you end up getting on the team?

Very aware of the quality of O’Neill’s mountain gear, I met the crew at the trade shows last winter and forged a relationship based around long-distance calls I can’t afford, justifying my affinity for tight pants, and mercilessly begging for stickers. We signed a deal that is truly going to present O’Neill as gear designed for the rigors of any ski discipline.

I think it’s pretty well-known that you’re not allowed to start doing any ski mountaineering until after you’re married and have prostate issues. What gives with all this enthusiasm for ropes and crampons at such a prime young age?

An enthusiasm for unaltered mountain lines allows me to combine my rock climbing and skiing obsessions. The necessary technical skills, the inherent adrenaline-fueled fear, and the life-or-death nature of ski mountaineering are exactly what I crave in the mountains. Until a few years ago, park skiing was my only interest. Upon moving west of Ohio, I found something else. While laying on my side and trying to catch my breath, having fallen off a rail, my eyes made their way to something that I didn’t know existed: mountains outside the park.

What kind of projects or support are you looking forward to getting into with O’Neill? Does this change your challenging financial circumstances at all?

In addition to my website, brodyleven.com, making me millions, and the hundreds of endorsements gained from my Instagram account (@brodyleven), O’Neill will be jet-setting me around the globe on private helicopters in search of pristine corn for me to ascend, summiting just in time for it to turn to sticky slush.

The O'Neill Experience is my first project with the team. There, I got to interact with all the unique personalities of the best riders on the planet and become part of the family-style atmosphere at O'Neill Snow. You know, one where we serve one another out of big bowls and share utensils. I've also gotten my hands on their new 2012-13 gear. It’s sweet. It's tested really well in the Whistler conditions, which vary by the minute. Check out photos and videos from the O'Neill Experience at www.oneillexperience.com. 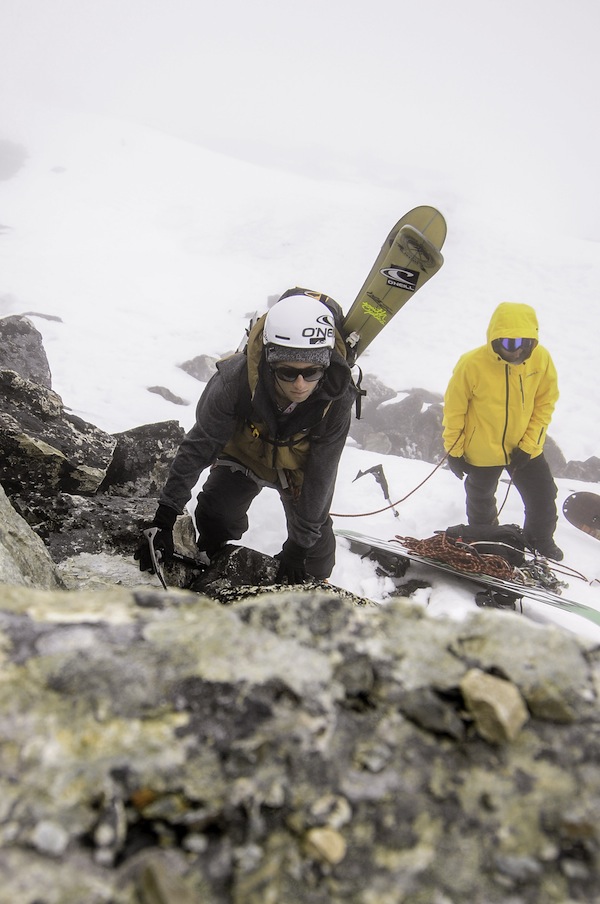