Testing my luck after a Colorado distillery festival, the casinos lost to my streak of continued good fortune. The question crept up though: when you become cognizant of beating the odds regularly, how long will it last?

A dark fluid started coating my truck's rear wheels. When I brought it in to a recommended mechanic, he diagnosed the issue as a leaking rear differential. Resealing with new gaskets would be $900 but he could not guarantee the work due to what appeared to be severe corrosion. Installing a used rear end would cost $3000. My casino winnings started feeling quite meager. The potential of getting stopped dead in my tracks early on dosed me with sobriety.

If I'm going to be accused of a reoccurring theme, it's gonna be this:

You have to fight and suffer for what you want in life. Don't let those speed bumps or reality checks stop you. Yes; they can slow you down. Yes; there are times where acceptance of a situation is the path of wisdom. Our worthy and lofty goals are behind walls. Crawl. Burrow. Climb. Blast through. Persevere. Read the back stories of anyone who inspires you. I admire Jimmy Chin, Hazel Findlay, and Danny MacAskill. Teddy Roosevelt was a strong-willed son-of-a-bitch. Adversity visits whether you are in your comfort zone or not. Why not grab some courage and pursue what drives you?

My biggest concern was that I did not want this to be an emotional stumbling block; taking the glint of mischief from my eyes. Over some quite tasty graham cracker porters, I spit out the situation to my confidants. As I spoke, a peaceful realization descended. I'll go as far on this trip as the truck allows. The maintenance and fluid checks will be done but, if the mode of transport calls it quits, then I'm meant to be where the universe decided my next lesson is. Survivalism. Go with the flow, roll with the punches, and always get back up with a sincere smile. 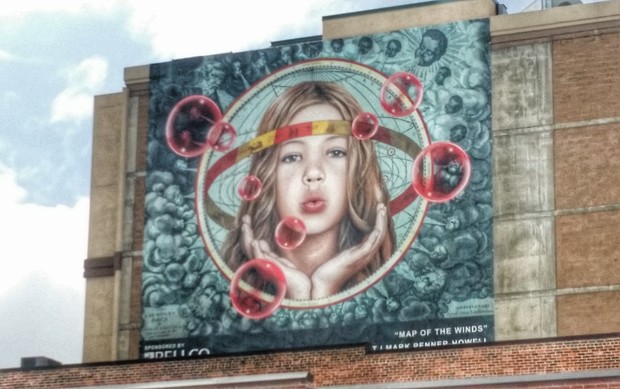 Fourth of July weekend. A large group of riders I did not know were celebrating a birthday by hitting some supposedly gorgeous trails in Crested Butte. An invitation was extended. Count me in on this serendipity! One of my best friends, Kyle, had recently bought a new 'robin egg blue' mountain bike and was itching to take it on some serious rides. We concluded together that carpooling in his Subaru made the most sense. Off we went like shotgun blasts. Let freedom ring! 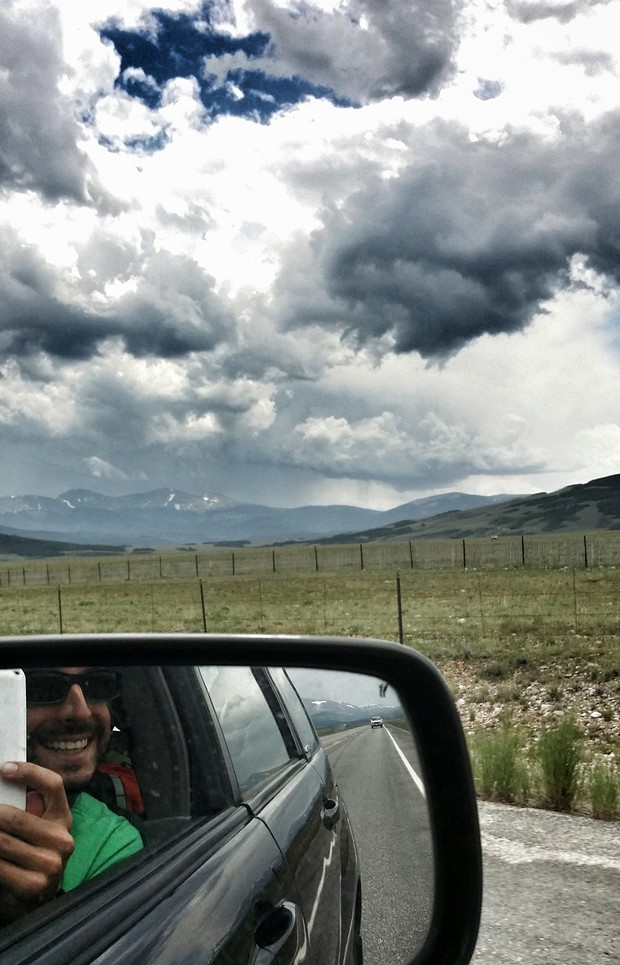 My tongue spilled out as my jaw split when we cleared Crested Butte and made our way deeper into Gunnison National Forest. The campgrounds were bursting at the seams due to the holidays. We plunged deeper and nicknamed the stretch of road above Emerald Lake, 'The Cliffs of Mordor,' for good reason! Subarus earned my respect for their suspension capabilities in the hands of smart drivers. After running into a snow block and deep creek, our third option gifted us with a secluded spot. Spark up, light a fire, and crack open beers! 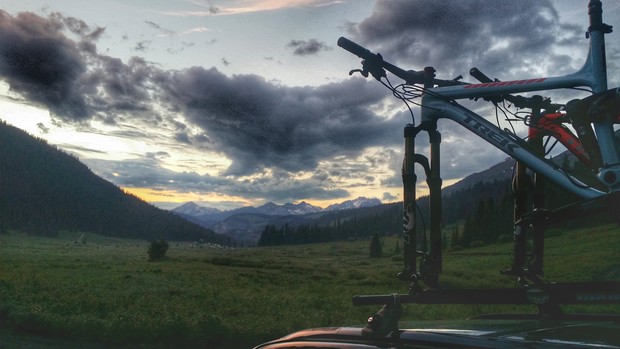 Not looking forward to telling this part but I feel a little humility can be a great teacher. The next morning we meet up with the large group. Rainbows and unicorns! Everyone was happy and stoked. Doctor Park is revealed as the day's ride. With the symmetry of released house cats, five vehicles make their way to different parking lots. A quick decision is made within the now fractured group to leave my buddy's car at the bottom to serve as shuttle. Snatch and grab gear! Loaded two more bikes to the gaggle already in the back of a big truck. Well...I left the front thru-axle skewer on his car roof in the scramble.

When I was in the Navy, we had a term for this: "buddy fucker." I also still carried the lesson that when you discover a severe mistake, you must get it out in the open as soon as possible. After the 25 minute drive up, while everyone is assembling their bikes, I raised my red flag. It's not the kind of piece anyone carries as a spare. You're not putting a Bic pen in your front fork as a substitute. Luckily for me, someone stepped up to miss the group ride and volunteered to drive me down. Hitching hiking adverted!

I do not believe in apologizing profusely. Twice is enough but it must be sincere, absolute, and done quite humbly. Say it, wait 15 minutes, and repeat. Most importantly: Forgive yourself and learn. Insights are much better than experience when it comes to mistakes. I lean towards the school-of-hard-knocks though; blood, embarrassment, and/or a screw-up. Practice positive inner dialogue and rise above any inadequate feelings if they tend to form clouds around you.

Now let's talk singletrack! With the group well ahead of us, we stomped through the creek at the beginning and started a rather challenging climb. A rad roller forest section then opens up to the main show. Oh, Doctor, it was love at first decent! We rip, shred, and fly. Aspens. Flowers streak by in blue and purple pastels. We are riding through a painting! Perfect speed coupled with occasional jumps to keep your mind from drifting off to an opium dream's landscape. Exaltation. Joy. This is one of many reasons mountain biking has a fish hook in my mouth. 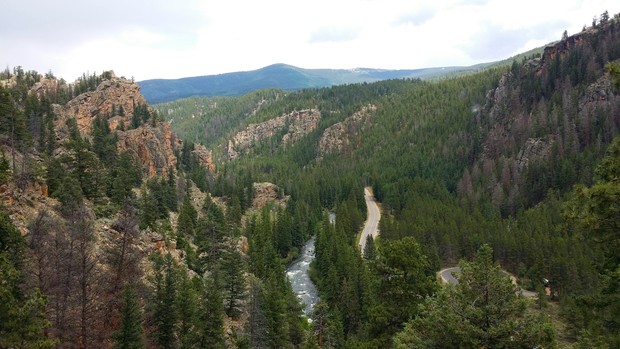 The end cap to the trail is a steep and technical section. Spicy and tasty! As luck would have it, my rescuer and I caught up with the slower members of our biking band right here. The shuttle was already running and the cavalry of rides was coming. Some light teasing opened up to the realization that no one got injured. Mechanical issues or broken parts didn't happen. Success! Festivities of grand flavors and fashion were then started off. Note: Crested Butte puts on a stupendous fireworks show.

We upped the ante the next day. Do you know anyone who's ridden the 401 and doesn't beam sunshine back at you? After reviewing the footage of the ride, I cracked up over how many times I said, "Oh my god." I'm not religious. Heart-stopping views of valleys. Superb riding. High fives with friends. My hard ass almost teared up and it was not due to allergies. Pencil it in on your calender and enjoy your knobby-tired chariot. Bring the endurance of a warrior. That fairy tale ride is a serious gauntlet.

Apply that to life to. 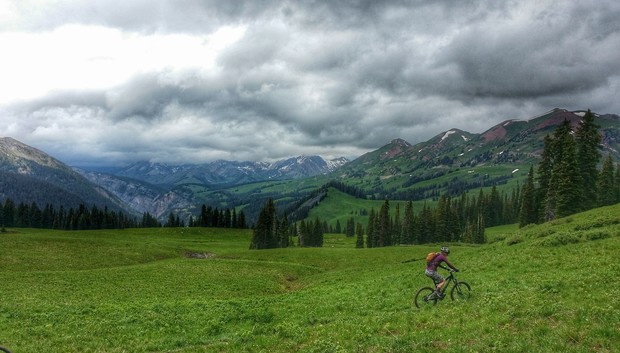