The joy and absurdities of snowboarding and skiing every month of the year.

In the Pacific Northwest, some of us have a madness that makes snowboarding and skiing just as much a part of our summers as every other season. 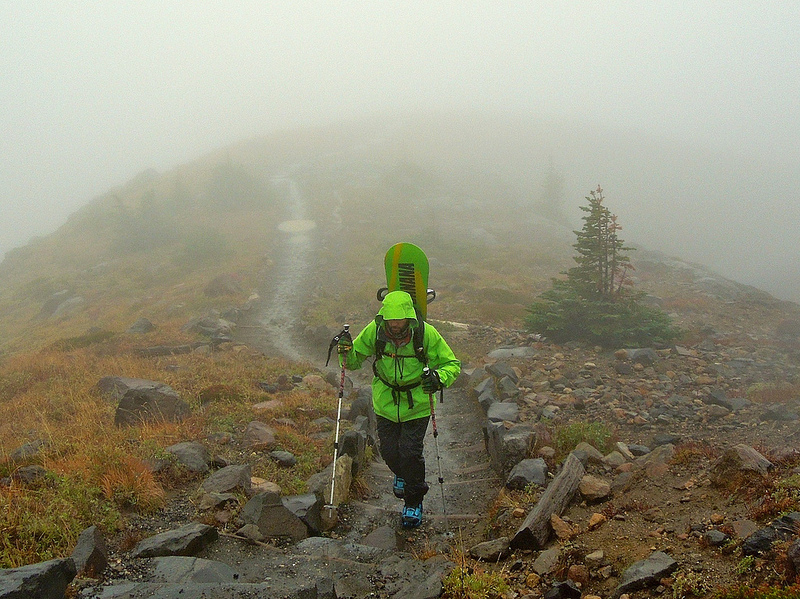 We know we’re tilting at windmills. Leaving long before sunrise to drive hours to alpine trailheads and hike miles in ski boots. All for a few minutes of subpar turns. Traditional “good” skiing or boarding does not apply here; it’s simply a mission to ride.

And it’s a mission you can go on too. You don’t need a helicopter or a plane ticket (sorry East Coasters – you do), by full summer you don’t even need ski touring or avalanche gear. All it takes to ski year-round is a lingering patch of snow somewhere, and the willpower to get there.

Every skier and snowboarder has dreamed about Endless Winter, riding from one end of the calendar to the other. This is that dream realized.

Sure, it’s interspersed with nightmares of snow so brown you can’t tell where the frozen water ends and the frozen dirt begins. Does it even matter? Just keep your speed through that gravel patch and you’ll make the next island of snow. Trust me, it goes.

The dream includes hunting for lines in an October rainstorm so thick that alpine trees, rocks and even a 14,000 foot volcano fade in and out of white oblivion, invisible until they reappear just beyond the next turn.

But it also leads to hot summer days high on Mount Baker’s flanks, beer cans chilling on glacier ice and a snowy wind-lip turned into a kicker session. Our own personal snowboard park, in September. 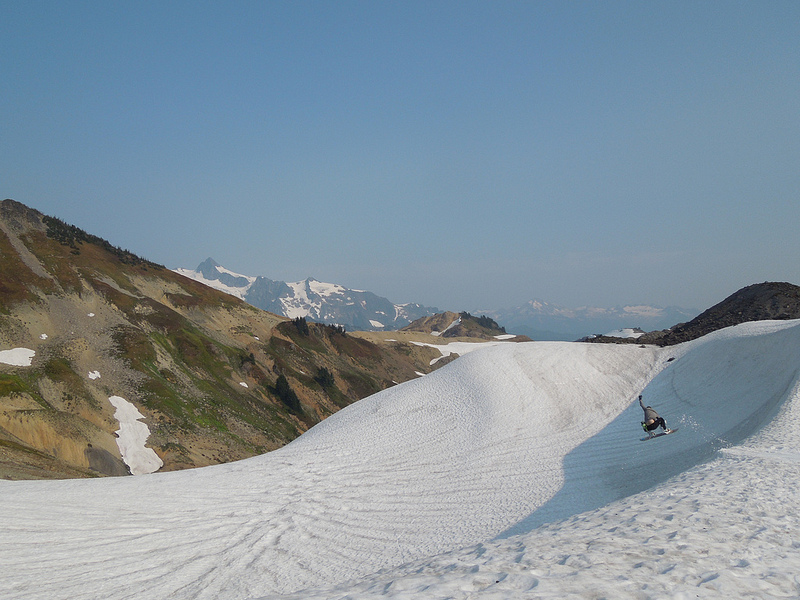 Turns All Year means riding up and down mountains every month of the year. It means touring, bushwhacking, grass sliding, sunburns, core shots and walking long-ass distances with skis or a snowboard strapped to your back. And that’s when everything goes right.

In the Pacific Northwest we are blessed by geography that makes this dream a reality. With Washington’s towering Cascade volcanoes and lingering maritime snowpack there are always lines somewhere. What you will do to find them?

Long approaches past Canon wielding tourists, foraging bears and whistling marmots. Fording creeks roaring with snow melt, just deep enough to wash over the top of a ski boot. Clambering over car-size boulders and balancing on loose scree. Fallen trees just waiting to catch the tips of the skis secured to your oversized pack.

But the rewards are up there, over 6,000 vertical feet of silky spring corn in one run from the summit to the parking lot. The joy of simply riding; of carving turns and going fast and feeling the spray snow on your face, all while your powderhound friends have long ago hung up their sticks.

There are safety concerns; these are the mountains after all. Sudden storms, crevasses, icefall, loose-wet avalanches and other dangers lurk out there. Some lines require an ice axe and crampons to reach, some have serious no-fall zones.

But conservative route selection and a good NOAA weather report can result in fun summer days on mellow slopes that are safe enough for even child shredders.

And besides, summer skiing goes best with beer. And fall skiing goes great with Fireball. And beer and Fireball don’t mix well with skiing near bottomless crevasses.

None of that matters. All that’s important is that you went riding. In freaking August. And less than one hundred yards of turns on an icy ridgeline, in the rain, only to hike 5 miles back to the car, that definitely counts.

One season might bleed into another, one year into the next. Riding or skiing year-round changes something inside those mad enough to try it. The possibilities open up, the cloud cover lifts to reveal a range of lines you’ve never skied, days you’ve never ridden, months where you never once thought of picking up your winter sticks. Now you can’t put them down. 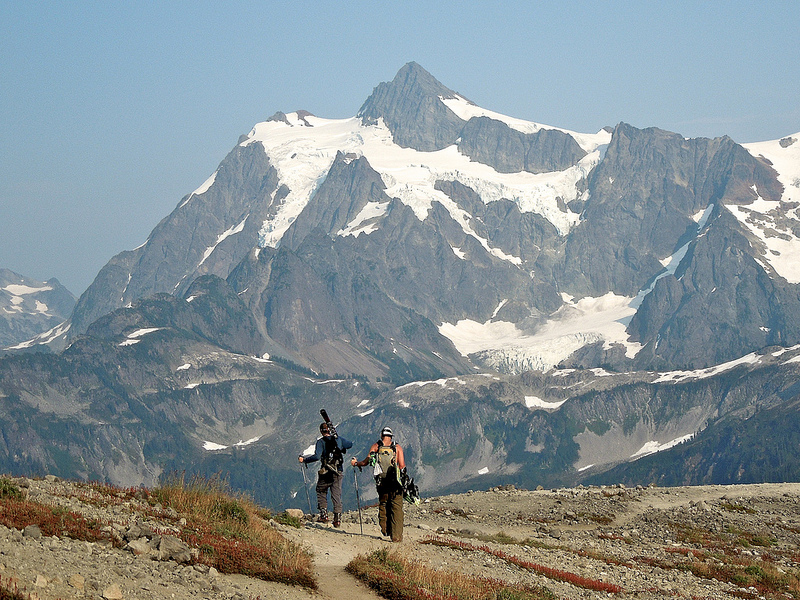 Great spots for summer turns in the Pacific Northwest include Muir Snowfield on Mount Rainier, Ptarmigan Ridge on Mount Baker, and the south side of Mount Adamsabove Cold Springs Campground. For more information, trip reports and routes check out www.turnsallyear.com.

*Full disclosure: the author bowed out of his Turns All Year count this May after snowboarding for 18 months straight. He still plans to splitboard all summer, while his friends remind him that they are now over 20 months.

Chase Gunnell works in PR in Seattle. When not helping clients tell their story, he's backpacking for wild trout on the fly or snowboarding every month of the year on the Northwest’s volcanoes. He blogs at