Courtney Conlogue Ditches A Wetsuit for Her Birthday Suit 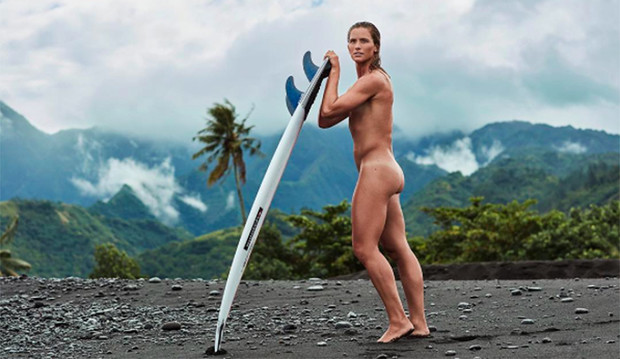 The roster for ESPN’s 2016 Body Issue has been announced, and #1 ranked female surfer Courtney Conlogue has snagged a spot as the lone surfer to appear in the issue. The Body Issue celebrates the bodies of some of the world’s top athletes, shot in the buff.

In an interview with ESPN, Courtney talks big waves, training, what it takes to compete as one of the world’s best, along with the issue self-love. Despite times of insecurity, Conlogue has learned to embrace her powerful body and all that it allows her to do.

“I like that I’ve made my body for a purpose. For me, there was a long time when I was a little self-conscious because I was an athlete…I learned to embrace who I am and what I look like as an athlete, to be strong about who I am and feel good about what I am. Being a strong woman and being a strong athlete in the water is a good thing."

“The Body Issue has evolved into a powerful storytelling platform,” says Neely Lohmann, senior deputy editor and producer of the issue. “The athletes allow themselves to be completely vulnerable with our audience—not just in the photographs, but with their interviews as well.” Athletes have opened up about everything from asthma to HIV, amputation to transgender transitioning. “It’s an honor to tell their stories.” Lohmann said.

The full Body Issue will be available online July 6 and on stands July 8.