Facebook (365 shares)
Tweet (365 shares)
+ Favorite
So, my brother called me up and said, 'hey, what are you doing today? want to go race Nascars?' I pretty much felt like, 'yea, sure, whatever.' I guess in the back of my mind I wasn't really buying it. Like we were going to pull into a chucky cheese at any minute and he was going to pump quarters into a video game and chuckle.
So we end up at Fontana CA speedway for the Richard Petty Driving Experience that vitaminwater hooked up as an employee appreciation type of day. And wouldn't you know it, those pesky pro athletes come out of the wood work. Pro skater Tosh Townend, skate legend Christian Hosoi, pro snowboarders Zach Leach and JJ Thomas, Xgames gold medalist for moto X Jeremy 'Twitch' Stienberg, oh yeah, and the senior editor from TGR Tate MacDowell (cough)
I got a top speed of 142mph, but got pushed out of the finals when the last racer to race just had to be Twitch and he knocked me out of the bubble. I kind of saw that one coming to be honest.
Obviously an epic day!
HUGE thanks my big brother Travis, Janeane 'J9' and vitaminwater! And Zach Leach for giving me a ride home. 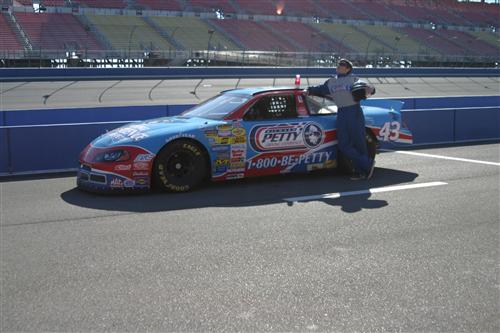 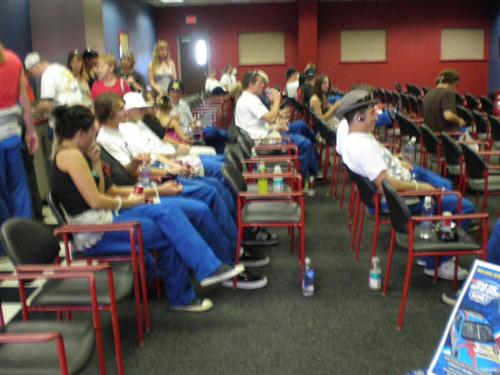 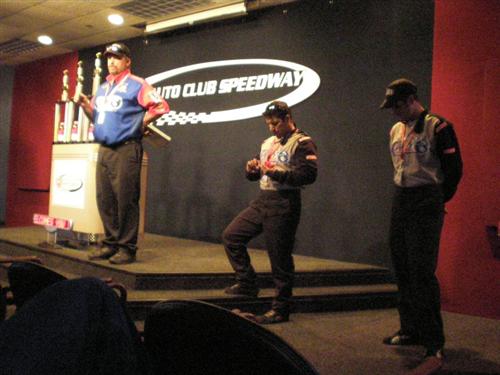 ** 'so, then take a left. Then take another left, left after that, just go left until you see a checkered flag, and you’re there!'** 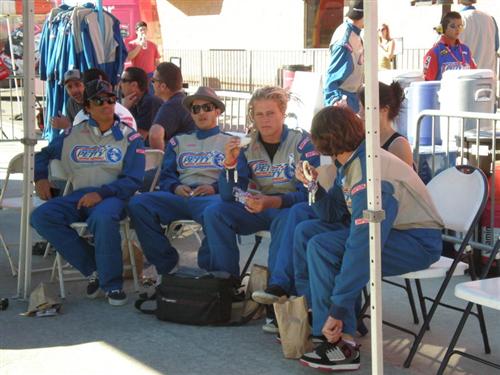 ** Christian Hosio, Tosh Townend, there in the middle.** 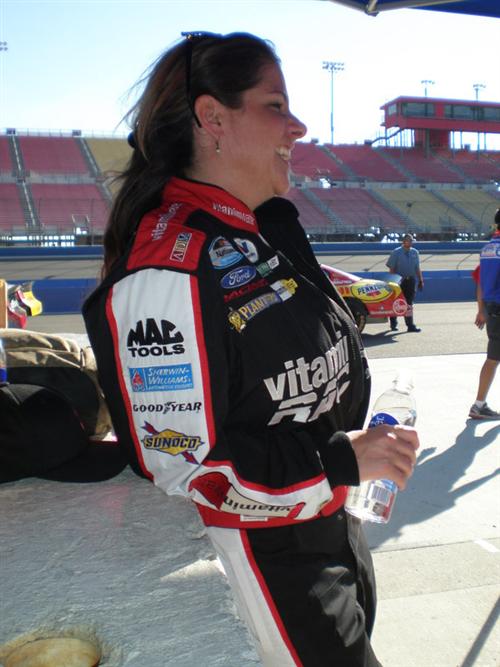 ** Janeane from vitaminwater has the legit race suit and shoes.** 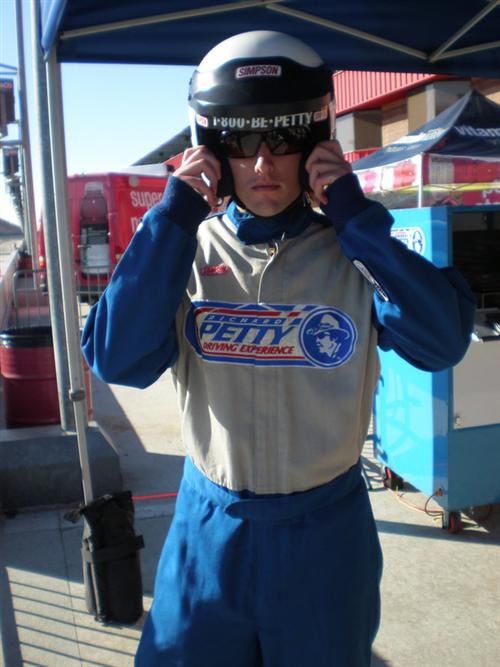 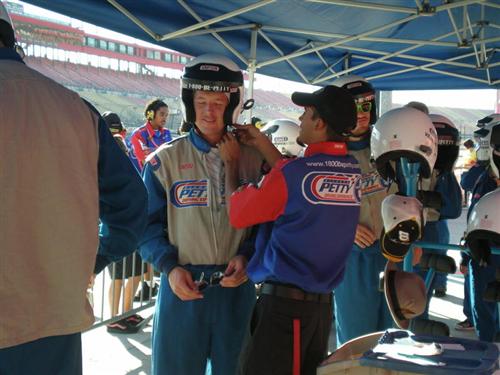 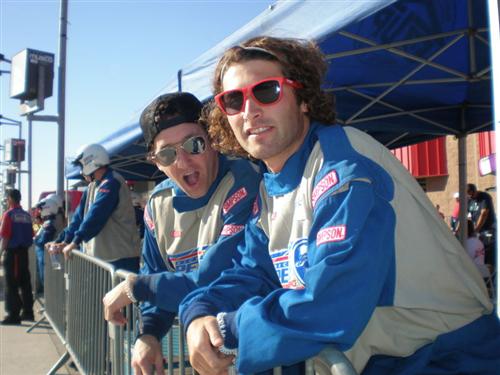 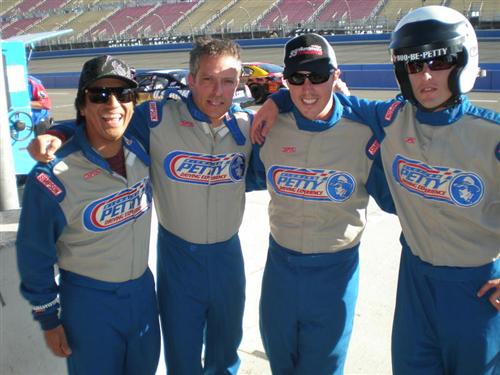 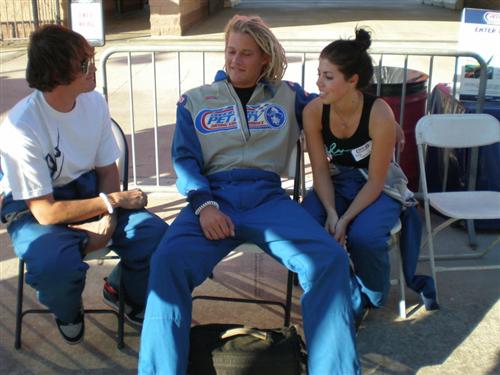 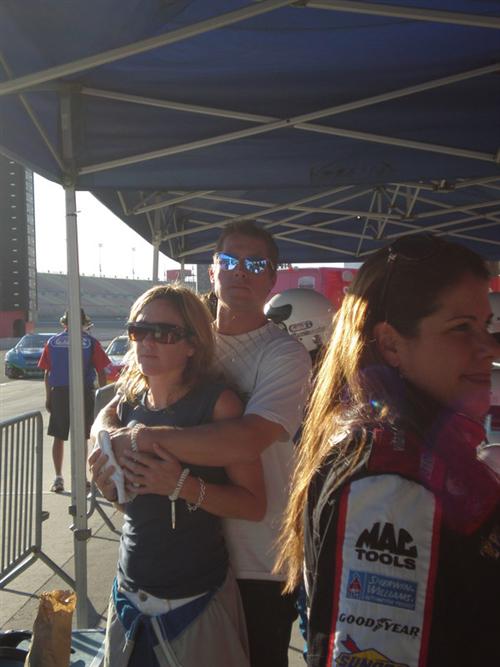 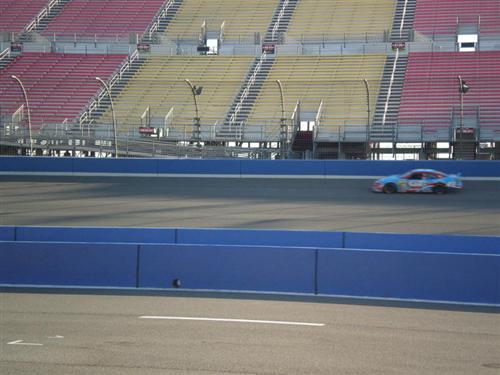