The Eddie Aikau Invitational is set be held for the first time since December 8, 2009 this Wednesday as conditions look to line to allow one of the most prestigious events in surfing to proceed. For those not familiar with Eddie Aikau, he was a native Hawaiian surfer and the first lifeguard of Waimea Bay. During his waterman career Eddie performed over 500 successful rescues and won the Duke Kahanamoku Invitational Surfing Championship.

In 1978 at the age of 31 Eddie was lost at sea after a failed 2,500 mile open ocean crossing with the Polynesian Voyaging Society. Eddie was attempting to paddle for help after the double-hulled voyaging canoe the group was in capsized during the first day of the planned thirty day expedition. 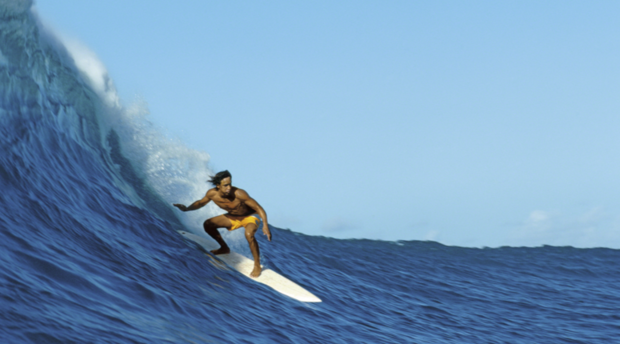 Eddie doing what he does best. X-Games photo.

Eddie exemplified what it meant to be a native Hawaiian and waterman. Shortly after his death the phrase, "Eddie Would Go" was popularized, which got its origin from his willingness to save lives. "When no one else would or could. Only Eddie dared", according to historian Mac Simpson.

"The Eddie" is the most unique surfing invitational in the world. The contest is held between December 1st and the last day of February. In the bylaws of the competition open ocean swells must be above twenty feet, meaning waves 30-50 feet for the day of the comp. If the weather does not cooperative the contest is then pushed to next year, meaning this will only be the ninth time "the Eddie" has been contested.

Twenty-eight surfers are chosen by poll to participate, and have twelve hours to present themselves at the competition. Participants are not allowed to use any jet-ski to tow them into the wave. This year's invites are as follows: