Epic Season In Mammoth Provides Great Skiing, but Not Without Hardships 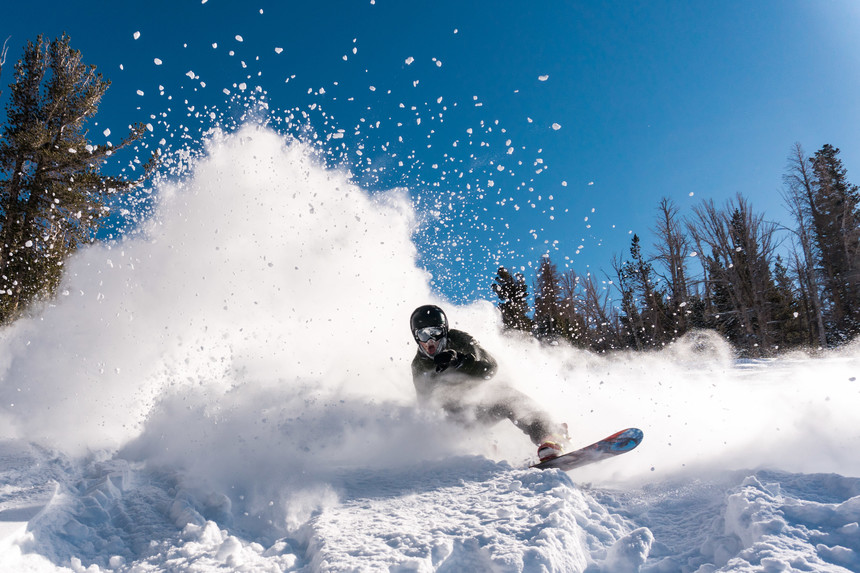 An epic season at Mammoth Mountain. Photo by Josh Wray.

Mammoth Mountain is currently in the midst of a long-awaited revival. This season has met and exceeded all expectations and the local community has been blown away by the insanely deep snowpack.

In January alone, the resort received more than 20 feet of snow (246 inches), easily surpassing the snowiest month on record which was previously set at 209 inches in December 2010. Currently the resort is sitting at 416 inches for the season and there are no signs of slowing down. But all this moisture hasn't come without hardships. 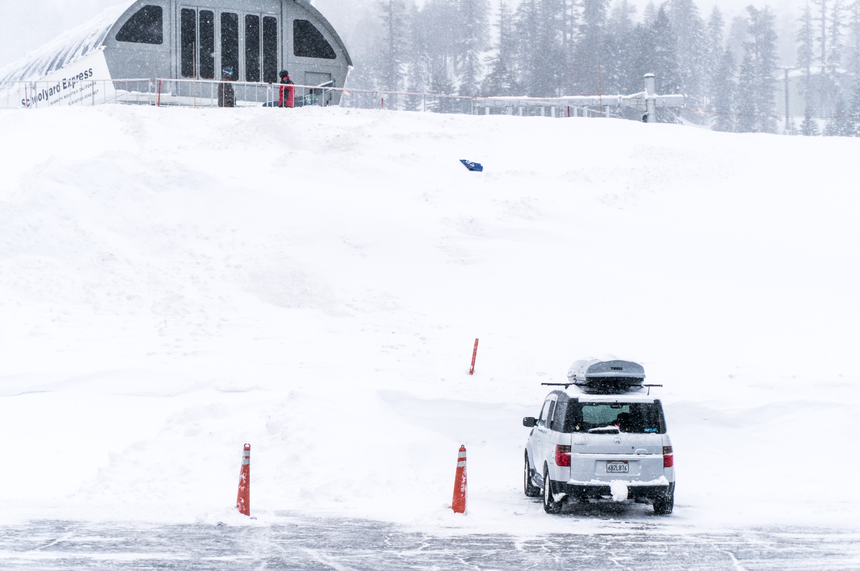 It's worth the hike. Photo by Josh Wray.

We've seen everything from blizzard-like snowfall to torrential rain to high winds. In some areas of town, the heavy rain mixed with the already super-deep snowpack caused flooding as well as some roof collapses and some home evacuations for town residents. Highways have opened and closed off and on, and local schools have seen several red days enforced.

At higher elevations, however, the majority of weather received recently has consisted of snow and high winds with some small bouts of rain from the resort's Main Lodge down.

This morning, the town awoke to solid snow falling from the sky and Mammoth Mountain was reporting 52 inches of new snow so far this week. There is still winter storm warnings in effect through tonight and it was recommended that anyone coming to town carry chains and drive with caution. 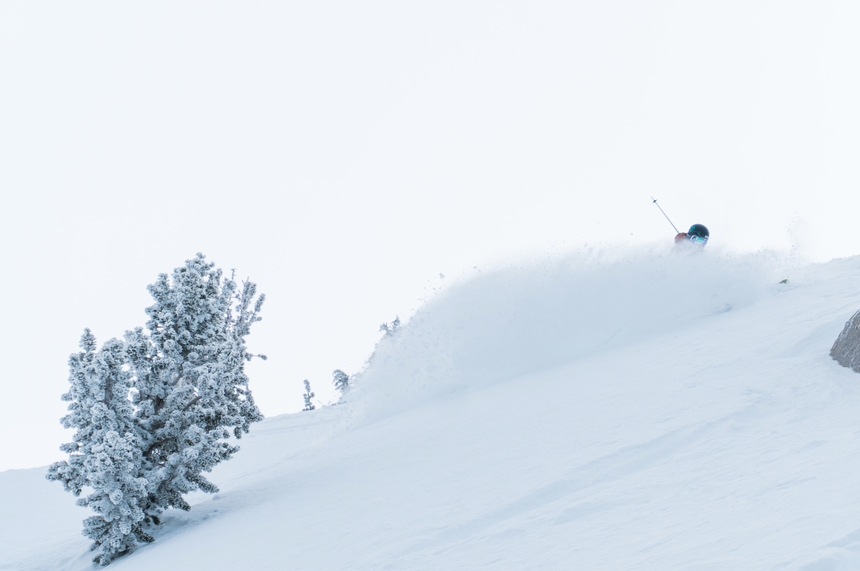 A good representation of what the skiing has been like in Mammoth this year. Photo by Josh Wray.

Mammoth has been known in the past, pre-California drought years, to receive several feet of snow during a storm, which could last two or three days. This year, however, storms have strung together — hammering the area for weeks at a time.

While the town is getting a little buried, the good news is, the resort has already pledged to stay open until at least the Fourth of July.

Runs that have been inaccessible for the past four or five years are open and receiving regular refills, making the skiing and riding fantastic. Huevos Grande from the top, Top of the World and the East Wall of the Hemlocks just to name a few. Even some trails not listed on trail maps, such as Hoyt’s Hoot and lots of other cliff pokes, are open and ready for expert skiing and riding.

“Lines all over the Sierra are filling in for the first time in years,” said Bernie Rosow, passionate skier and snowcat driver for Mammoth Mountain.

“It’s true,” added Gabe Taylor, former pro snowboarder who now works in Mammoth Mountain’s Marketing Department. “Right when our guests think they know everything about the mountain we get a year like this where you can barely recognize spots.

Not only are some runs accessible that haven’t been in awhile, but other runs that have been skiable are now filled to the brim. Last week I had the best run off Chair 3 through West Bowl that I have had in years while waiting for the top to open.

After five years of drought plaguing the entire state of California, Mammoth Mountain is back and better than ever, even if the drought isn't over.

RELATED: Meteorologist Explains Janubured, What it Means for Climate Change

Snow totals have already surpassed the season total for 2015/16 (362 inches), as well as season totals in the four years prior. Plus, March — often known to bring large amounts of snow — is still on the horizon.

Stoke is high, and even though locals are a bit weary from all the shoveling, the skiing obsession is still strong around town.

“That’s all people want to do,” said Mammoth local Jessica Kennedy. It’s the reward for surviving everything Mother Nature has been throwing Mammoth’s way.

“When it snows in Mammoth everyone is stoked,” Rosow said. “It's been an amazing winter so far and we're on the path to a record snowfall year.”

Taylor even said that he saw a guy at Tusks bar the other evening cuddling his snowboard and talking to it.

“’I love you so much, you mean everything to me,’” Taylor said he heard the guy say. “That’s pretty much how everyone is feeling about their skis and snowboards at the moment."

Taylor agreed. “There are some tough parts. Lots of shoveling and schlepping gear up to Main Lodge can be a little tough. Events and contests we’ve been planning for months getting canceled due to weather, sucks. But at the end of the day this is what we live for.”

“The only problem we have at the moment is what to do with all this new snow,” he added. “The entrance to my house looks like a cave. I can't throw the snow high enough to shovel out my front door. It's hard to believe we could beat the 2010-11 snowfall record (668 inches) but I think we might top 700 inches this winter if this keeps up.”