Far Out Places: Stellar Heliskiing BC

A typical work day for lead guide and owner of Stellar Heliskiing, Jason Remple, is guiding skiers and snowboarders from all over the world in his backyard of British Columbia. Today was a bit different. Next to him in the helicopter was Sage Cattabriga-Alosa, and they gazed out at the Purcell Mountains, scrutinizing every line they could find. They were on a scout mission. Cattabriga-Alosa would soon be joining Hadley Hammer, Nick McNutt, and Dane Tudor for a quest to find two key things for a TGR film segment: pillows and powder. Having spent the past 13 years guiding in the Purcell and Selkirk mountain ranges, Remple was the perfect point man for the expedition.

Given that it had snowed about five feet when TGR arrived, snow stability quickly became a top priority. It dictated where the team could and couldn’t go. But Remple, knowing the area like the back of his hand, had just the zone in mind. It not only met our expectations, as seen in our BC foot powered segment for Far Out presented by REI , but we barely even scraped the surface of the terrain. Despite the fact that our team hunkered down at a makeshift basecamp for ten days, there was so much to explore. Barely one-tenth of the area is captured in the film, and we couldn’t even tap into high alpine terrain. The conditions kept us down low in the pillows and trees, which, looking back wasn’t really an issue. The crew had plenty of fun hitting one pillow line after the next.

Bringing people to this incredible corner of British Columbia is the best part of Remple’s job. He started skiing the north end of the Kootenay Valley 22 years ago. Back in his early 20’s, through the mentorship of Allan Drury, who’s better known as the godfather of catskiing, Remple became a guide. Often at work Remple would gaze out at the inaccessible mountains that loomed in the distance: the Purcells and the Selkirks. His goal was to explore those zones through the use of a helicopter, and Drury encouraged him to apply to for a tenure. That dream became a reality in 2005 when his application was approved by the Canadian government. This allowed for him and his wife to open a small guiding business known as Stellar Heliskiing. Over the past 13 years, his business hasn’t lost its intimate charm that aims to explore what these mountains have to offer. We caught up with Remple to learn more about Stellar Heli and his experience of guiding this incredible terrain. 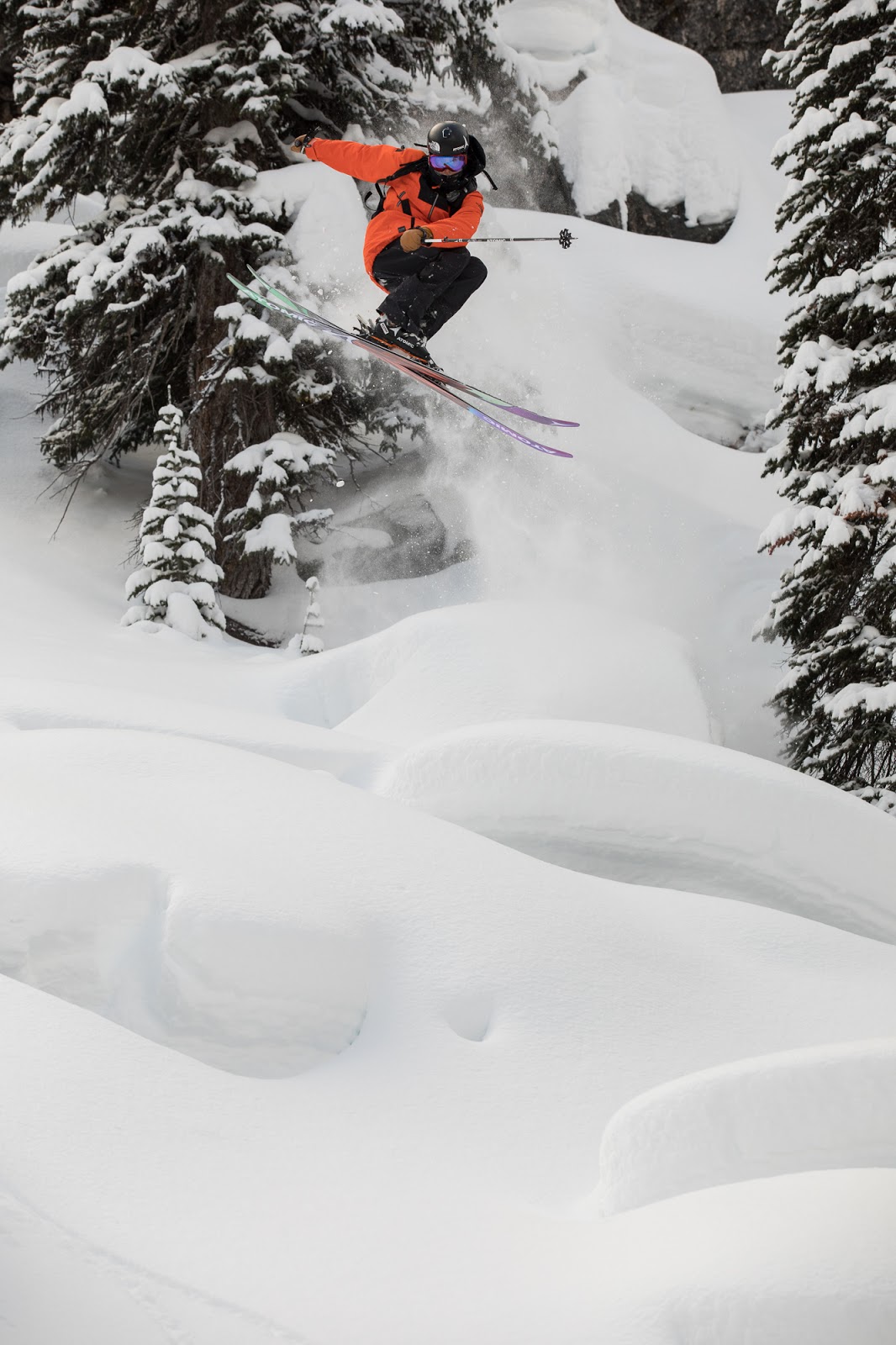 Nick McNutt gets playful on one of the many pillow lines in Stellar Heli's terrain. Chris Bezamat Photo.

How has the business evolved since 2005?

JR: In the beginning of Stellar it was basically myself and Kerry, my wife, running it from our home. We ran it as a weekend-style business, and we would take bookings whenever we could. I basically facilitated it off of the tailgate of my truck. It was simple, and I wanted it to be similar to experience of going to Alaska. There you show up in a parking lot and waiting for you is some equipment and a helicopter. Basically the essentials of what you need to get out and explore backcountry terrain.

Over the years we grew it from weekends to what we have today, which is based out of Kaslo B.C. We now work with the Kaslo hotel which is our wintertime lodge.

JR: We are one of the smallest heliski tenures in BC, which is unique because you can get to know the places you’re skiing better. In some ways, you have the ability for a more intimate experience with the Purcells and Selkirks, by exploring these chutes, couloirs, and pillow fields.

We’ve really gotten to know the nooks and crannies of these mountains, which caters to a small group approach. Having an intimate experience with a guide where we can customize your day is important to us.

What’s your favorite part of guiding out here?

JR: The variety out here is epic. There’s something for everyone, and as a guide, it’s fun showing people unique spots while challenging them. It’s really special to see the joy and excitement it brings to different people for different reasons. We like calling it taking people to the 'church of the mountains.' 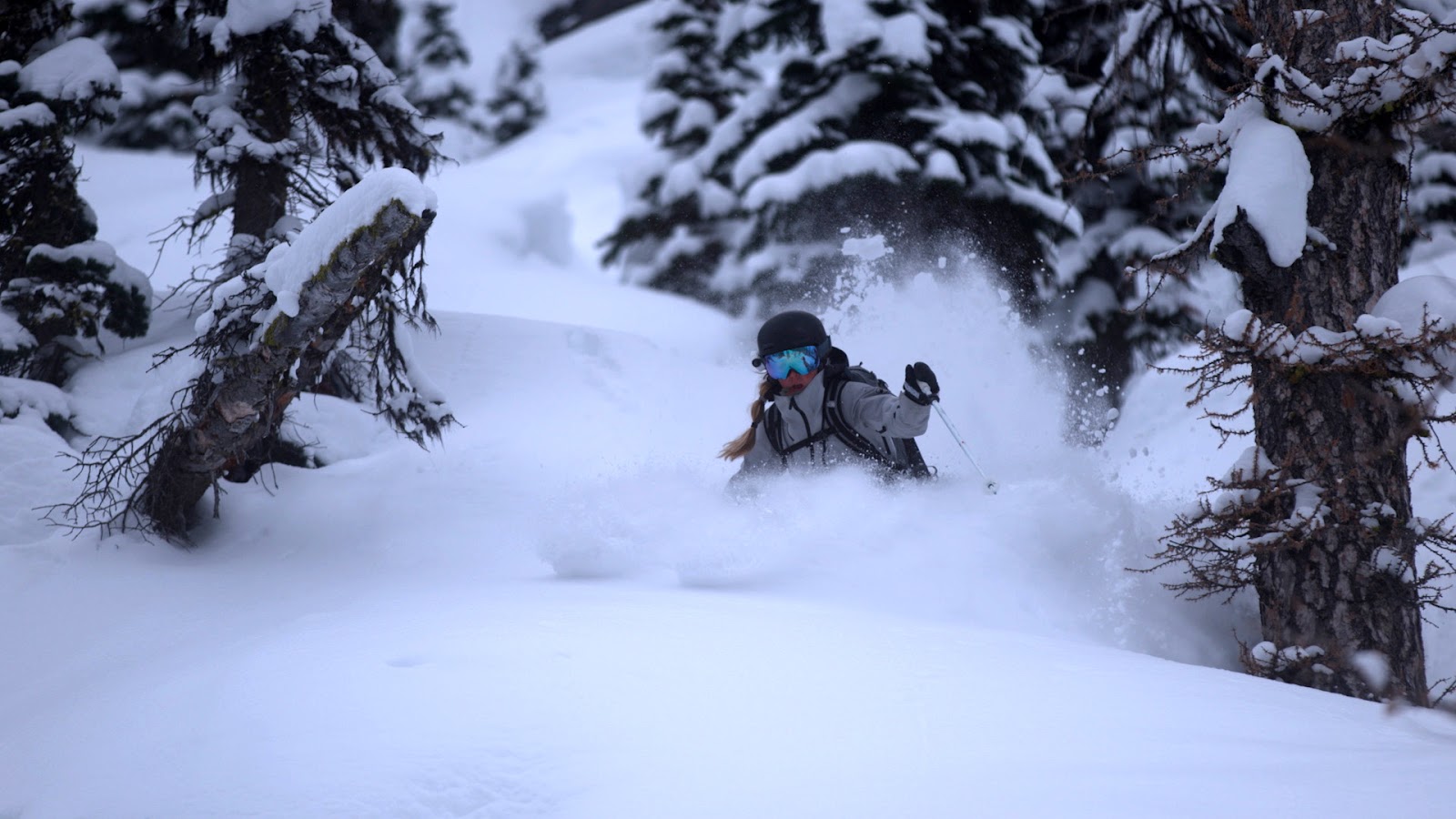 As Hadley Hammer shows us, skiing at Stellar was nothing but endless pow. TGR Photo.

Who is your clientele?

JR: We get guests from all over the world. When we first started it was mostly North Americans, but now we see people from everywhere. What’s really unique is we get people coming back year after year. Often we’ll know the types of terrain they’ll prefer too.

Can you give some detail on the terrain you explore?

JR: We have terrain in both the Purcell and the Selkirk ranges, with Kootenay lake dividing the two zones. They’re completely different. The Purcells are dramatically rockier and a little bit higher in elevation. It’s a unique feeling skiing over there because it’s a lot of rocky pillowy features. Whereas in the Selkirks it’s a bit softer and it has a lot of tree skiing. It also gets a lot of snow—that’s what the Selkirks are known for.

One of the exciting things about Stellar is we haven’t explored it all. Our tenure includes six different zones, three in the Purcells and three in the Selkirks. They’re pretty untouched, so when people ski with us there’s a chance they could have a first descent. 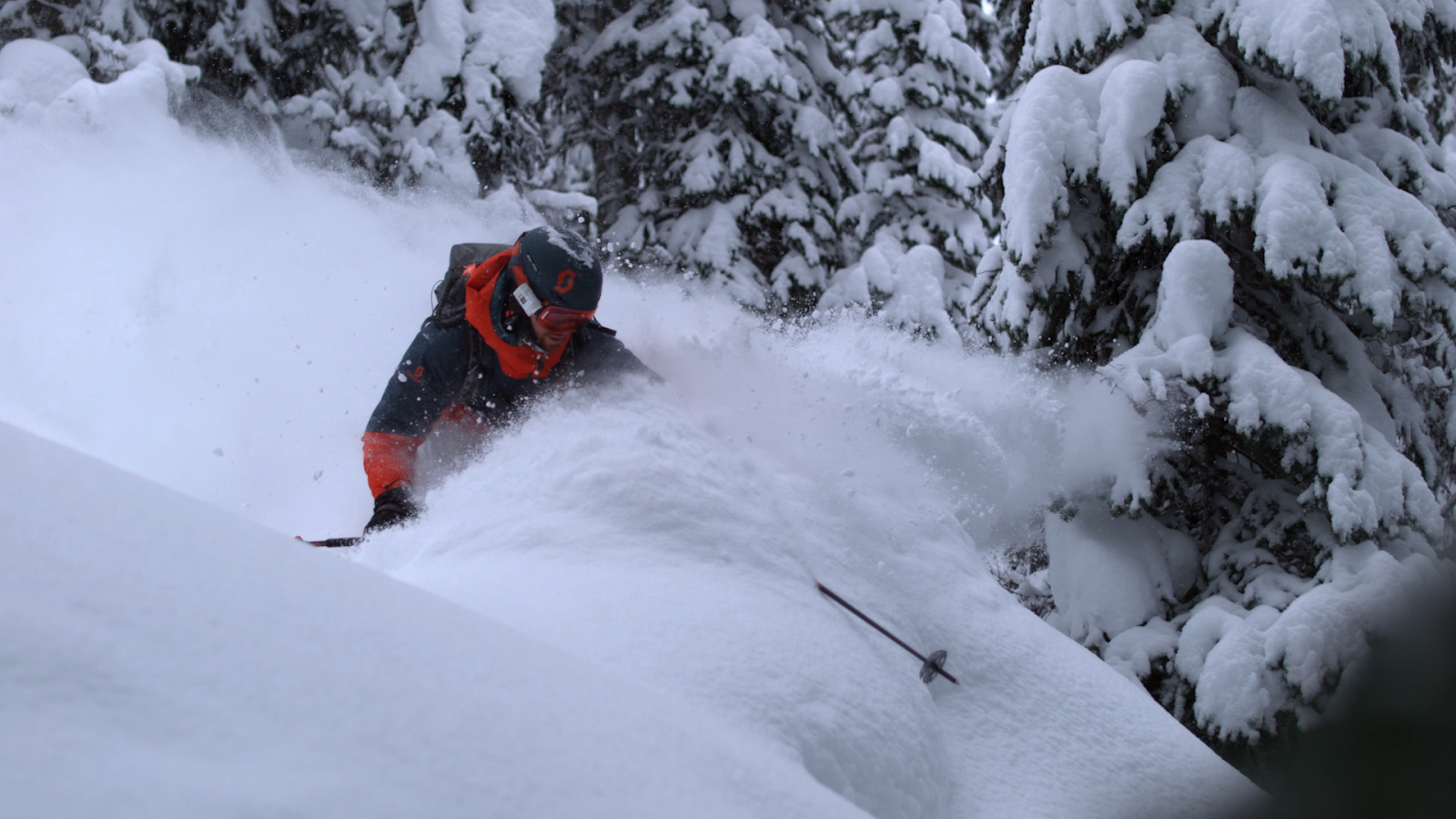 Two weeks wasn’t enough for Dane Tudor and the rest of the crew to really explore what this area had to offer. TGR Photo.

Out of all the incredible terrain you explore, what’s your favorite spot?

JR: Picking one line is pretty difficult. When it comes down to it though I see things in two different fashions: epic alpine runs and our infamous tree runs. For the alpine category, there’s this run called Mamma Mia. We bring guests to this perch and head to a secret little couloir. It’s fun because our guests feel like they’re on the top of the mountain and have no idea of what’s next. After the couloir is a bowl which leads you to a beautiful 2000-foot alpine run.

For treeline runs, there are so many, but when it’s storming there’s a run called Uber Trees. It’s super steep old growth trees with epic spacing, which means you get face shot after face shot.