This winter a TGR crew that consisted of Ian McIntosh, Griffin Post, and Sage Cattabriga-Alosa traveled to Anchorage in order to find a suitable place in the Alaska Range for a two-week glacier camp. Post arrived early in order to fly reconnaissance missions and locate the perfect place. The ideal situation would be to find a spot where we could camp safely but also be within hiking distance of world-class spines. What he discovered was what he already feared, that a low snow-year in Alaska had left the mountains scarred with rock and ice. 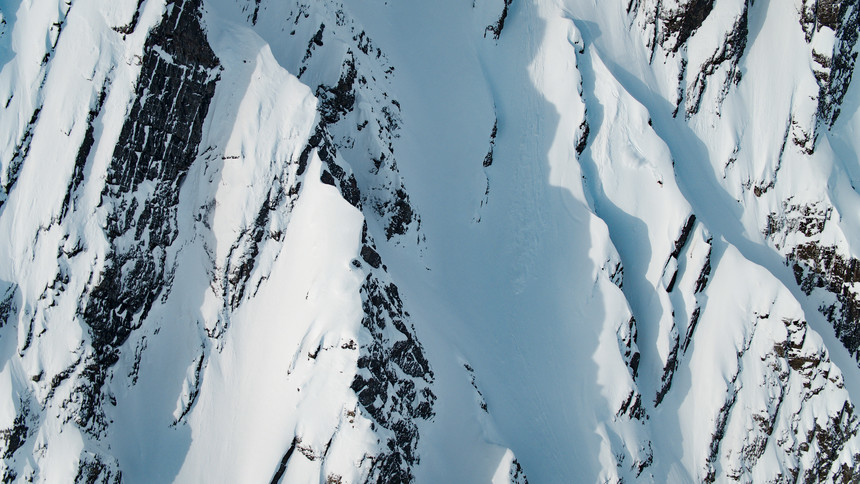 When Ian and Sage arrived in town they were not encouraged by Griffin's photos. They decided to take another flight to see what they could find. They ended up spotting a suitable zone with large ramps and promising couloirs. When they asked the pilot where they were he shrugged, somewhere in between the Tordrillo and Revelation ranges, an unnamed zone on the map. It was quickly dubbed the Hidden Mountains or the Tordelations. 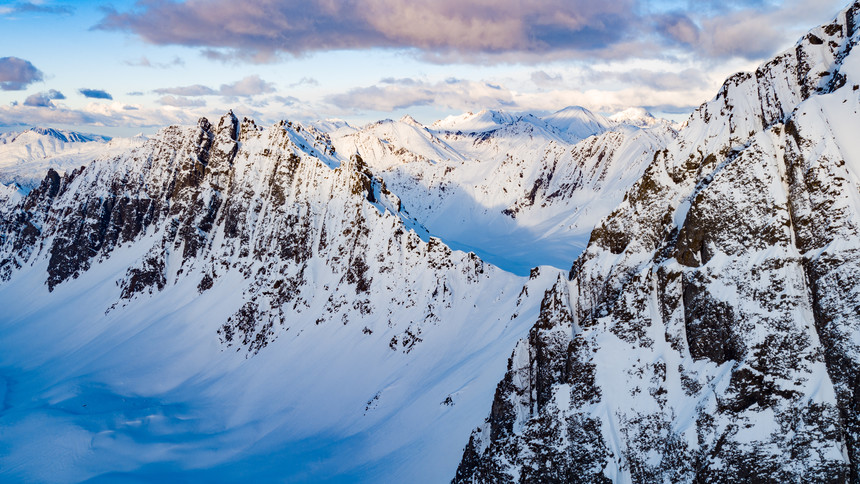 The unridden peaks of the Hidden Mountains. Austin Hopkins photo.

What followed was two weeks of sub-standard snow, but good times with better friends as the crew nabbed some impressive lines in difficult riding conditions.