Filming for The Co-Lab 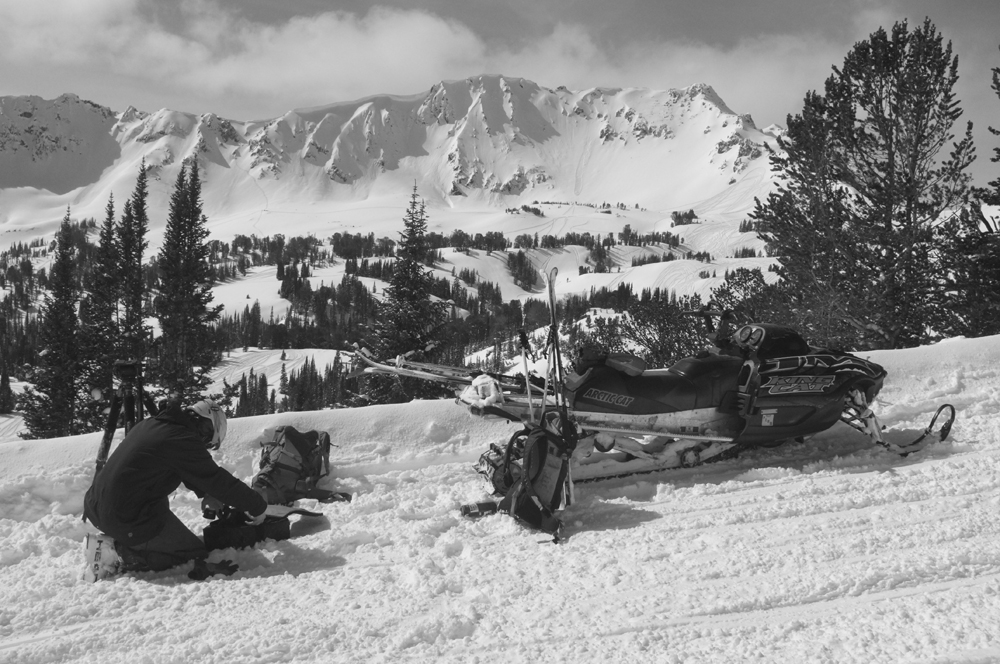 Hailing from Bozeman, Montana, The Bridger Brigade’s Axel Peterson has been hard at work filming an edit for The Co-Lab. He and his crew have been hard at work skiing film worthy lines with speed and aggression for quite a while now and he thinks it’s his time to shine. TGR caught up with him on his attempt at $100,000 and The Co-Lab glory.

TETON GRAVITY RESEARCH: What motivated you, besides the $100k, to enter The Co-Lab?

Axel Peterson: I have been creating ski edits for four years now at a somewhat underground level, and I thought this competition would be a good way to get our name out there and see how we stack up against everyone else.

TGR: What do you think the most important aspect is, in a winning edit? (Music, Athlete, Location..etc.)

AP: I think all play an important role in creating a quality and unique edit. Number one will be the athlete, not the 'Name', but rather the level of skiing. A nice mix of burly lines and stomped tricks will make for the most enjoyable edit to watch. Also, a mix of terrain such as pillows, gnarly lines, couloirs, natural features, etc. will be an important aspect for a winning edit. I'm a big fan of using lesser known music rather than mainstream songs for an edit. Personally, I love edits where I hear a song I've never heard. A good song will be important in setting the mood, pace, and overall feel of the edit.

TGR: What’s the biggest obstacle you came across in creating your edit?

AP: So far, the biggest obstacle has been timing. On numerous occasions we have been hiking perfect pow lines in the sun, and by the time we reach the top it is socked in and puking snow. So just getting unlucky with weather, and also me forgetting my memory cards for my camera (haha) have been the only issues that have cost us a few good shots.

TGR: Who are you most excited to see enter the Contest?

AP: Of course I'm stoked to see what the 'top dogs' come up with, but mostly I'm excited to see what the lesser know filmers and athletes create. It's awesome when an unknown team blows everyone's mind. It is going to be a high level of competition, and I can't wait to see every edit that is entered!

TGR: Who are you working with on the edit?

AP:I've been skiing every day this season with Randy Evans. It's been super fun filming with Randy this year and watching him push himself. He has really stepped it up this winter by stomping some technical lines and sweet tricks. We already have a few quality shots in the bag so far, and we will be working hard through the end of May to produce an edit that hopefully stacks up with the other entries. Randy just won the 'Ticket to Tailgate' competition, so we are heading to AK next week to stack some more shots! I have also been filming a lot this season with Steve Popovich. I know he is planning on submitting an edit, and I can't wait to see what he comes up with.