Full on Immersion - 21 Years of Living the Dream with TGR 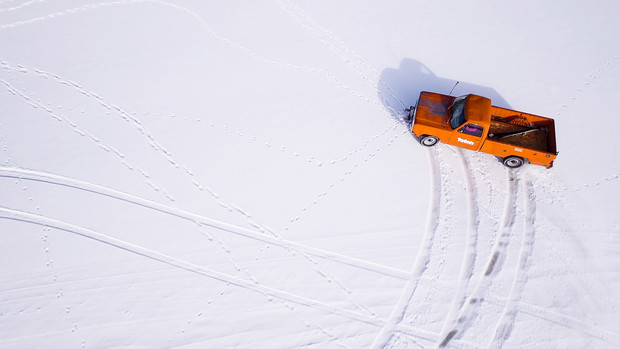 "The Dream", a physical manifestation of what TGR is all about. TGR photo.

The lights flip on as the film ends, and the young editor turns to us expectantly. Todd Jones is silent for a moment. His notes are mostly doodles, but he’s been paying attention.

We’re in the mini theater that makes up the core of the Teton Gravity Research building in the tiny town of Wilson, WY. Todd’s brother Steve, whose notes are meticulous, is also there. The brothers are co-owners of the media company, which they started in 1995 along with Dirk Collins and Corey Gavitt. They’ve now put out 39 films and the segment we’re watching is the newest episode of “Locals,” a series they produce for Outside Television. It’s just one of dozens of media projects they’ve been responsible for over the years. “Higher TV,” another video series they produced with Outside Television, was recently nominated for two Emmy Awards.

“Grit” is a word that has been repeated many times over the past few days, for good reason. Growing up in Cape Cod, MA with their younger brother, big-mountain snowboarder Jeremy Jones, the company began in a tiny office at the base of Jackson Hole Mountain Resort. There, four broke 20-somethings tried to make their dream a reality, splitting time between making ski films, working service-industry jobs, partying and, of course, skiing every day. 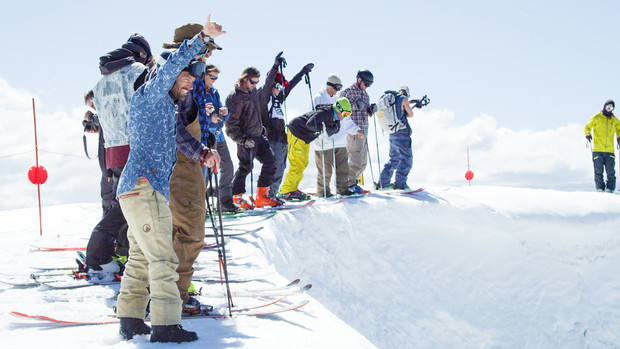 This year of group of TGR athletes both past and present gathered in Squaw Valley. Jeremy Jones shares the stoke. TGR photo.

Back then, rolls of film would sometimes sit idle for months because the crew couldn’t afford to have them developed. Their first few movies were largely guerrilla shots of skiers slicking illegal lines in the Jackson backcountry, off limits at the time. Sometimes, film would be purple and therefore completely unusable, having been loaded backward by accident. They learned quickly, however, adopting a mantra of “tight-loose”—tight when they needed to be, loose when they wanted to be. 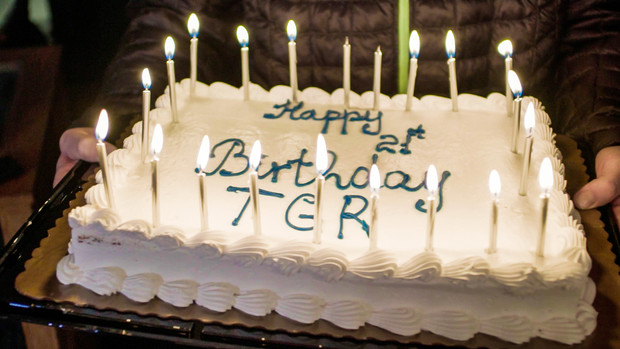 The only thing missing from this is a beer. Cheers to 21 years! TGR photo.

The current TGR building is definitely “tight.” The hallways are lined with neatly framed posters and photographs. The conference room contains a beautiful wood table and huge fireplace. The gear room is organized meticulously, containing more than a million dollars’ worth of advanced cameras and gimbals, and a custom-built, heli-mounted gyroscopic camera stabilizer. The office’s nearly 40 desks are clean and techy, one for each of the employees who handle the company’s ever-expanding media presence. All are linked to a room of blinking servers that store nearly 120 terabytes of media assets.

It’s like a beehive, and as I walk with the Jones brothers from room to room, checking on ongoing projects ranging from website updates to an upcoming documentary on late surfer Andy Irons, I realize how multifaceted their roles are. And how incredibly professional, polished and, well, tight. 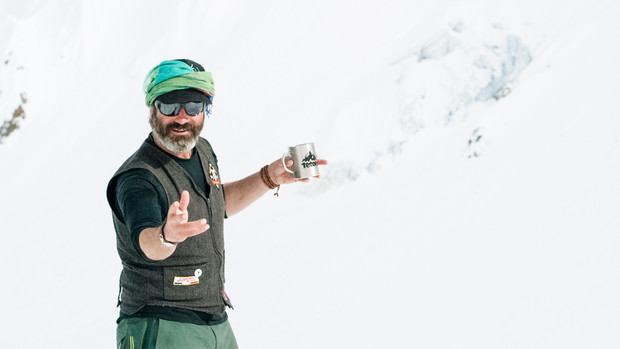 But there are hints of loose origins. The abused 16mm cameras sitting atop retail shelves. The tiki bar in the office’s backyard. The rusty, stickered, beat-to-shit orange truck out- side the front door. It appeared in their first films and still runs, but now has a flashy snowmobile in the bed.

Above it all, a sign over the front door reads “Live the Dream” in bold letters.

Anyone who has gone on a trip with TGR, been at a film premiere, or joined them for a Grateful Dead tribute show, knows what the dream looks like. The company evolved along with the sport they started documenting, back when it was still stagnating in stiff tradition. As freeskiing entered the Olympics and became cleaner and shinier, TGR matured as well. But maturity doesn’t have to come at the cost of authenticity. 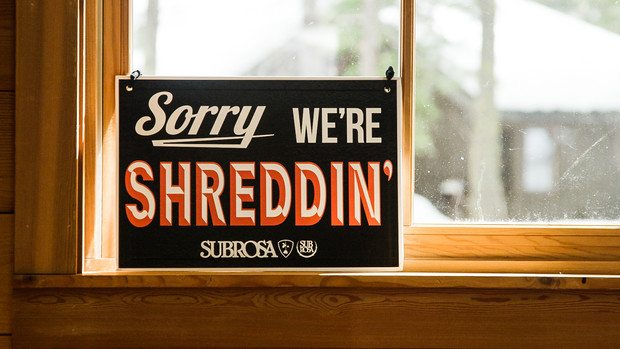 True of most days in the past 21 years. TGR photo.

“I think if you’re running a tight show, you can get a little loose,” says Sage Cattabriga-Alosa, one of TGR’s longtime athletes. “And it’s good to get a little loose. They’re a little wild, but that drives the passion.”

This year, TGR turns 21. When asked why they didn’t celebrate their 20th as most companies do, Todd’s answer could be pulled straight from the group of young skiers partying at the Stagecoach, the bar across the street. 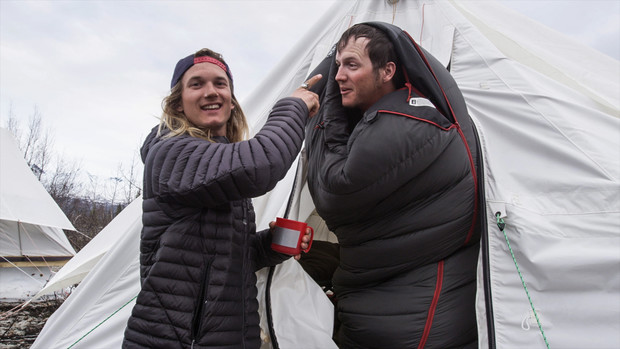 Two decades later, TGR has come of age, and, tight or loose, they’re still living their hard-won dream. Todd and Steve, on the past, present and future of TGR.

To read the rest of the feature be sure to pick up a copy of "The Ski Journal". Find out more here.