Facebook (365 shares)
Tweet (365 shares)
+ Favorite
Back in February Todd Jones and myself headed down to Steamboat CO for a contest called 'Next Snow Search' featuring little rippers from all over the USA. Our job was to pick one snowboarder and one skier to meet us back in Jackson Hole to film a segment for this years movie 'Lost and Found'. Well, the time has come and Jesse Wells and Colby Stevenson have arrived! Unfortunately the snow conditions haven't been ideal, but don't tell these kids because they don't seem to care. If there's snow leading up to it, they'll jib it. Today, Chad Jackson and myself followed the kids around with the camera just to see what they could do. Honestly, i don't think we scratched the surface. After ripping up the kiddy terrain park, the boys spotted a stair case rail jib next to the office. So, tonight we're dusting off the shovels and hiding from security guards!

Check back in for more on the GROM invasion. 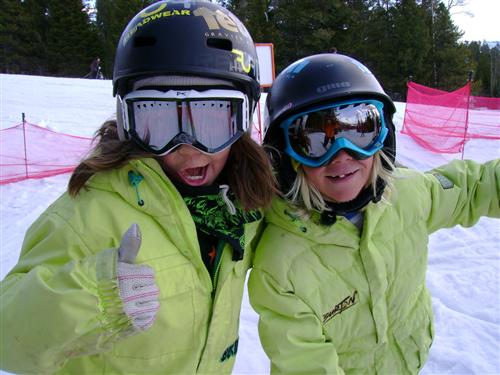