Here are Our Favorite Moments from Crankworx Innsbruck 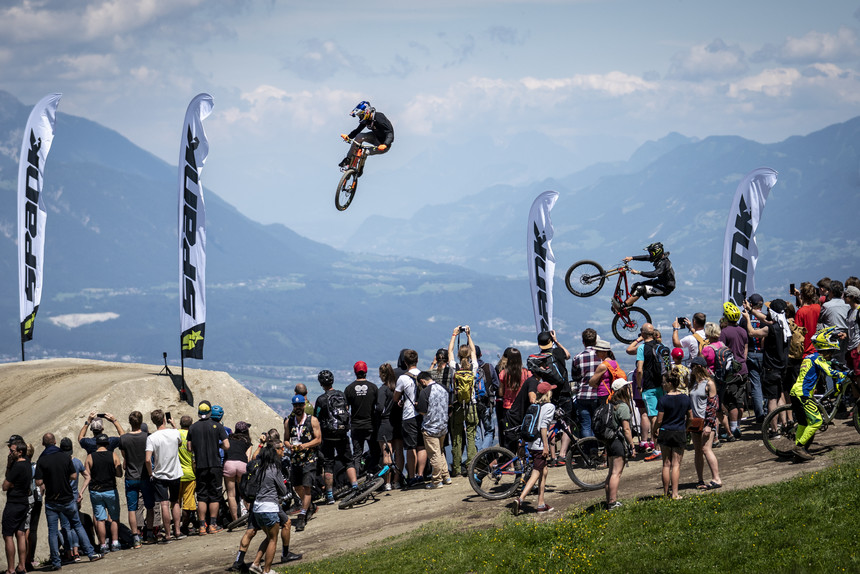 If you've got FOMO about missing the Innsbruck Crankworx, we feel you. But Instead of dwelling on it, we’ve curated some the best moments from the festivities—it's almost as good as being there. The only thing we're missing is the Schnitzel and Kaiserschmarrn. Don't know what that is, look it up, it's awesome. 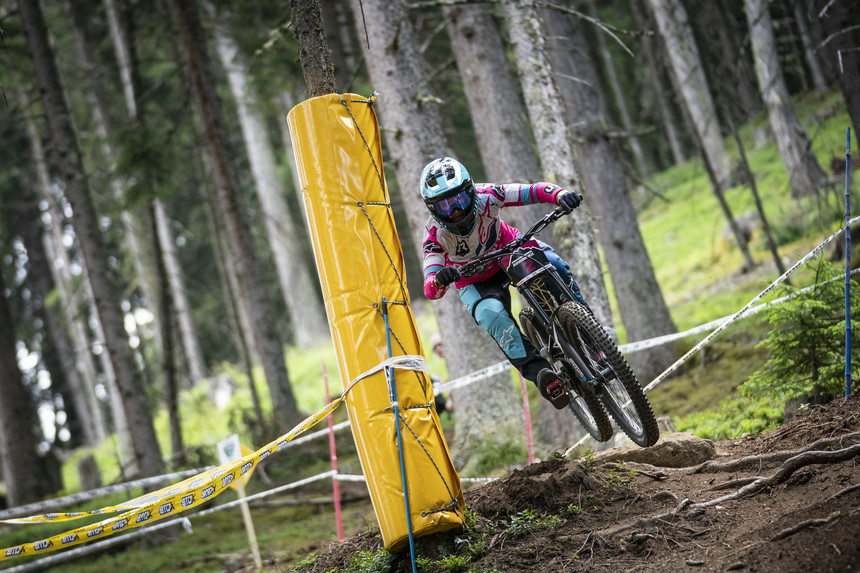 Not only was the Innsbruck DH course a favorite among racers, but on Sunday, it was running at warp speed. Many prominent UCI racers joined the fun thanks to a gap in their racing schedule, making for a stacked competition. Danny Hart—a complete maniac on his bike—grabbed the win on the men's side. The real upset, however, was claimed by Tracey Hannah who stole the victory from the reigning Queen of Crankworx Jill Kintner.

Rogatkin is one of the most unconventional riders in the slopestyle. Originally a BMX racer he brings a unique flair to his tricks, which paid off well on Saturday.

For the slopestyle competition, all eyes were on Brett Rheeder who previously won in Rotorua this March. Despite his wild flat drop flip-whip, Rheeder couldn’t keep Nicholi Rogatkin from reclaiming last year’s first place win. The rivalry persists between the two, and will be quickly revisited in Les Gets this weekend. 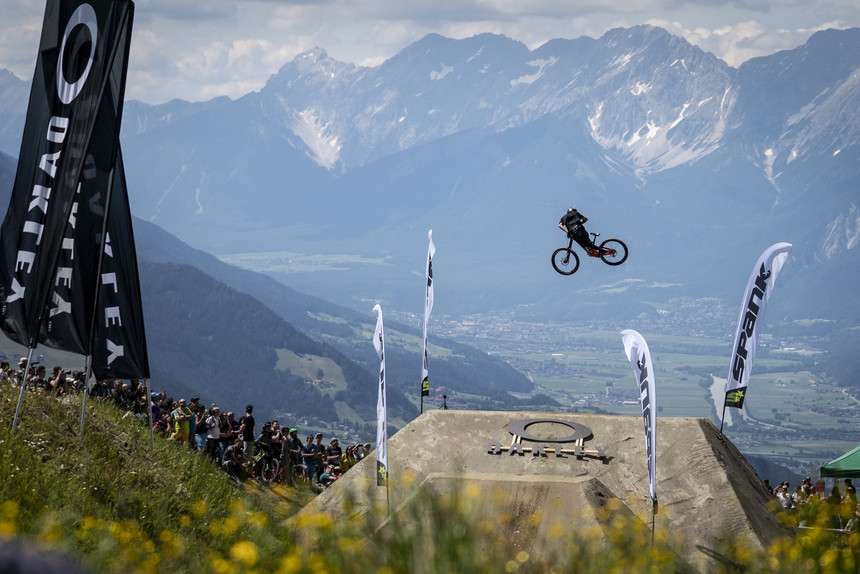 History repeats itself with Reboul winning the whip-off for the second year in a row. Red Bull Content Pool photo.

The whip off—always a fan favorite—has gained more traction in Innsbruck since being added to the festival line up last year. The competition boiled down to one important factor: style, most evident in the sleek winning whips of Casey Brown and Louis Reboul.

Then there’s Speed and Style, that anomaly of an event in Crankworx’s lineup. If a dual slalom and slopestyle had a lovechild Speed and Style is what you’d get. Just because it’s a bit weird doesn’t mean it’s any less exciting. The final showdown made for an aggressive showcase of speed and big hits, with Tomas Lemoine walking away with the gold.