When Daniel Tisi won TGR’s grom contest back in 2011, he didn’t even have a cell phone. Tisi was 12 and had to put down his mom’s phone number instead. She was the one who passed along the dream-come-true news: he would be filming with TGR the following winter.

Growing up in Jackson Hole, it comes as no surprise that Tisi naturally adopted a love for the mountains and an admiration for his skiing heroes on the silver screen. But getting to ski with the likes of Max Hammer, Colter Hinchliffe and Tim Durtschi, Tisi explained, was career altering for the young grom. “Filming with TGR was probably the thing that changed my skiing the most,” he said. “Every day I was pushing myself as hard as I could, and I did a lot of things that originally I thought I couldn’t do and actually pulled them off.” In his segment in Way of Life (2013), you see a naturally nervous but tenacious Tisi (“it’s only human to be nervous right now,” he says) launch a massive cliff in Cody Bowl—and totally stomp it.

When I talked to Tisi this spring, he had just gotten back from spring break in Miami (even avid skiers from Jackson can use a little beach R&R sometimes). At 18-years-old, Tisi has graduated from the grom bracket, and in June will be graduating from high school too. 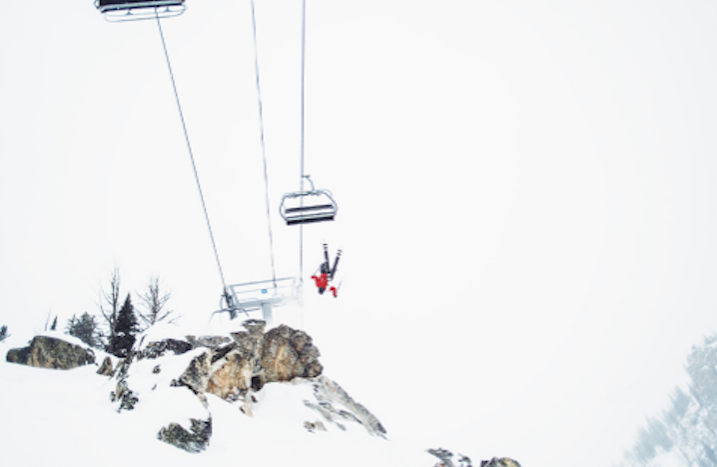 In what has later revealed itself as a blessing in disguise, Tisi broke his heel in a mountain bike crash on Teton Pass. Around the same time, he also started to develop arthritis in his knee. These two injuries altered Tisi’s outlook on his evolving ski career, and exposed him early on to the dangers of not having something else to fall back on. Especially in his last year before heading off to college, Tisi has focused instead on enjoying “soul skiing,” and making the most of the time he has left in his home mountains.

But do not be mistaken—Tisi still gets after it on the slopes. “I don’t by any means take it easy on my skis anymore,” he said. “I definitely still push myself really far, it’s just been a little more limited due to my injuries.”

While he may steer toward softer snow, the Jackson native gets at least a hundred days on the mountain a season. “I skip school a lot,” Tisi admitted to me. Whether he is filming with JHMR or just playing hooky with friends, this season’s record snowfall made it all to easy for Tisi and his crew to skip out on classes to get turns in. 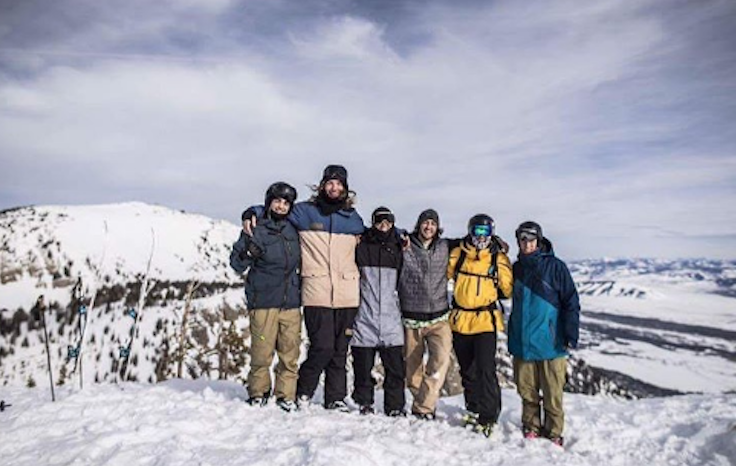 Next year, Tisi is planning on going into a pre-med program, a decision that was partially inspired by his injuries as a way to combine his two worlds. While this will undoubtedly make for a heavy course load, Tisi just recently decided to go to the eastern adventure mecca of University of Vermont, so you know he’ll still be finding time to get out on the slopes.

“Jackson is my favorite place in the entire world,” Tisi said, admitting he would stay there in a heartbeat if there was a local college. Nonetheless, he sounded eager to be expanding his horizons. There are less than 700 kids in his high school, and with 10,000 students undergrad, UVM has as many undergraduate students as there are residents in all of Jackson.

Of course, the mountains in Vermont will seem merely like hills to someone who has grown up riding the rugged, cliffed-out terrain of Jackson Hole, but hey, skiing is skiing. Tisi loves that skiing is a separation from other things. “Even when I am missing a lot of work that I’ll have to make up, the second I start skiing on the mountain, or in a couloir, or go skinning,” he said, “none of it really matters.”