How Little Cottonwood Canyon Influenced Johnny Collinson as a Grom 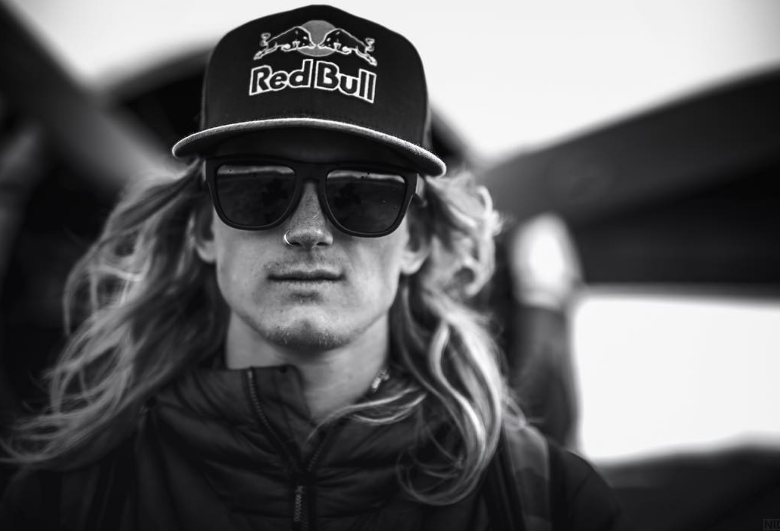 The man, the myth, the Collinson. Nic Alegre photo.

It’s difficult to find a skier whose life has been affected more by the Little Cottonwood Canyon than Johnny Collinson, except maybe his older sister Angel. The twenty-four year old professional skier grew up in the employee housing section of Snowbird. His father was the assistant Director of Snow Safety/Mountain Operations and had Johnny and Angel ripping around the canyon at a young age. He built a bunk bed into a five by seven closet in their small apartment that became Johnny and Angel’s bedroom for the first 18 years of their life.

The sibling pair grew from small groms into arguably the most impressive duo in the snow-sports world. Johnny became the youngest person to climb the seven summits and his since become a staple in the ski world, impressing everyone with his style and technical skill. Angel went on to become to the first women to win Line of the Year at the Powder Video Awards and was featured on Good Morning America for her exploits in Alaska.

Johnny is obviously a product of his environment and Teton Gravity Research caught up with Johnny to learn about his relationship with Little Cottonwood Canyon.

What was your experience growing up at the base of Snowbird? 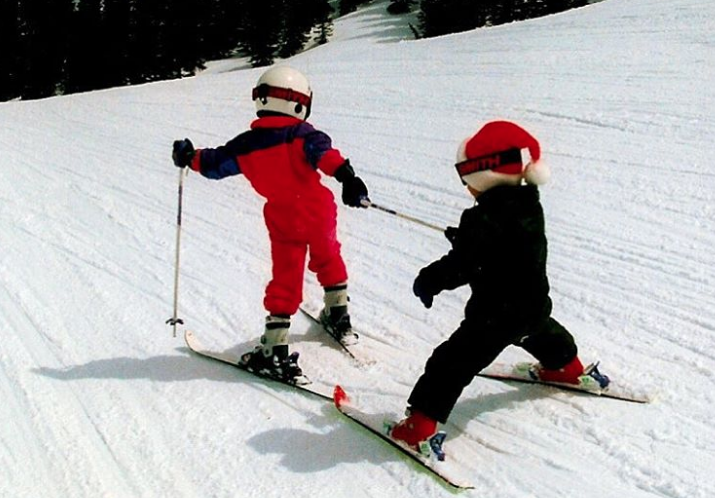 A big part of what influenced my riding is our dad. He had Angel and I skiing everything on the mountain by the time we were four. Once we skied everything together he just let us loose on the mountain. Enough of the employees knew who we were so they would keep on eye on us. We would shred around just two little micro groms. It just made me look for more stuff and scarier lines. With Snowbird there was always something to step up to. There is always scarier lines or bigger cliffs.

Was there any one run that really fired you up when you were young? 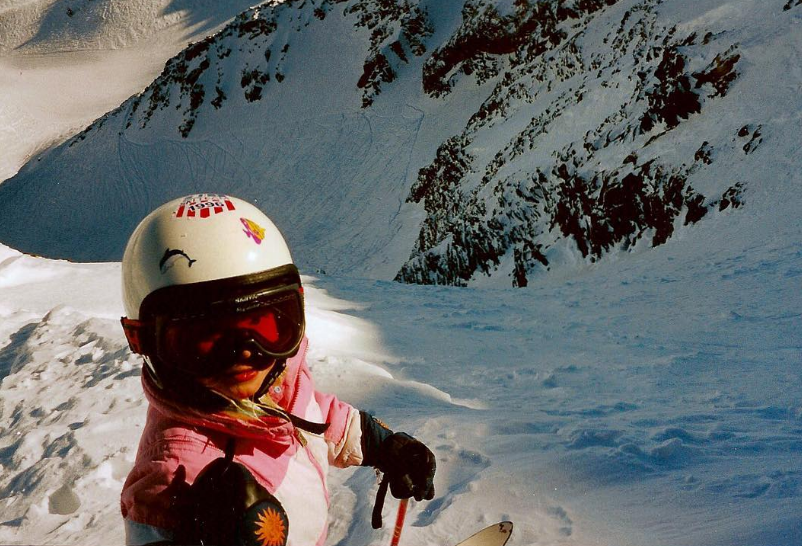 Angel at the top of Pipeline. Collinson photo.

There is this run called Pipeline that is just out of bounds. It’s off of the Twins and once you get off the tram you can see it. It’s a super aesthetic couloir and once you ski that you become the real deal. Angel did it when she was six and I did it when I was seven. I remember being pretty stoked. I was more focused on the hike, it’s pretty hairy and you have to scramble through these rocks. Once we got to the skiing it was pretty much no big deal. That was pretty unusual age wise. The people who usually ski that are in there twenties or thirties.

What is the quintessential Snowbird day for you?

The classic Little Cottonwood bluebird pow day is always the best. I usually wake up early, get to the front of the line, and take the tram up. Then I drop the rope at Great Scott or Sliver Fox. From there you’re getting the most vertical right out of the gate and then cutting out to Dalton’s Draw, staying under the tram the whole time. As it gets skied out you just work the outside edge of where people are going. There is always more terrain on the traverse out which is pretty cool. You can always find little nuggets in the trees, pow pockets and stuff like that.

What makes Snowbird so special for you?

What makes it pretty special for me is proximity to another sick resort, Alta, as well as its proximity to Salt Lake City, which is a pretty big city and you can zip right up in ten minutes with no traffic. I think that is pretty special. For me on a personal level, it’s my home. I know it better than any other place in the world. It’s pretty special to me.

Did you spend a lot of time at Alta growing up? 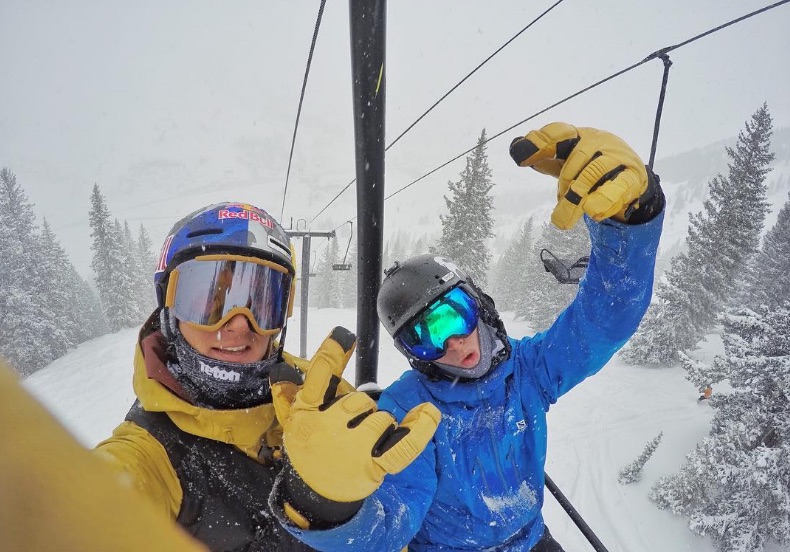 Once I got older I joined the Alta Youth Club, which turned into the Alta Freeride Team. I did that from six to twelve. I was pretty much at Alta the entire time. When I was sixteen that was the breaking point and I got passes to both areas and have spent every year since bouncing back on forth depending on the day.

Are there distinct differences between the two mountains?

Alta is more playful. When you go there are sick skiers just lapping all the different jump runs they have built. You always step it up at Alta, usually hitting jumps and trying new tricks on a daily basis.

One of our favorites is Wildcat Chair. It has this super cool vibe to it. It’s an old two-seat chair that takes you up and drops you off in this magical forest. Any run off it is awesome. There are always fun jibs, jumps, and mini-cliffs. For our crew when we shred Alta it’s the perfect spot to create your own flow track for skiing the whole way down.

I go to Snowbird when I’m looking to ski faster and harder, more big mountain terrain. Usually just start lapping trams and find all the good hits to get those runs dialed in.

You built a house in the canyon with your sister. Why did you want to make this place your permanent home? 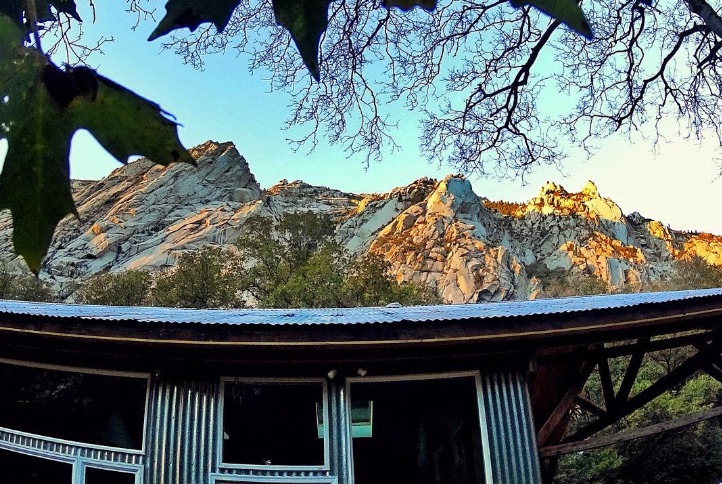 The view from the Collinson homestead. Angel Collinson photo.

Basically Angel and I were looking to buy a house instead of paying rent somewhere. We both wanted to find a spot that was pretty close to Little Cottonwood because it really had all the recreation we needed. Good climbing, skiing, biking. One day we stumbled into this place, it’s set right into this spot where the granite walls get really steep in the canyon. After traveling, being on the road and seeing all these cool places we would get back to this spot and realize this was one of the coolest spots in the world.

So we came across this property and we realized that we needed to build a house. We spent four years building it. We learned a lot and watched a lot of YouTube videos. Our house was basically built via YouTube.

What are the best local spots in Little Cottonwood?

The go-to spot at Snowbird is Grit’s General store. It’s a little supermarket at Snowbird, but they have this deli where they pump out the sickest sandwiches. For Alta, we usually cruise into the Goldminer’s Daughter. It’s where everyone goes to warm up, grab water, and stash your gear. They have this great grill scene where you can get chili, or chicken tenders, all that classic mountain food. For after skiing Lone Star Taqueria, they make the sickest burritos and it’s this cool family owned business. They are super into skiers so if you are in your gear they will ask where you were skiing today. They are totally into the scene. A lot of people head to Salt lake for a more night lift scene.

In conclusion, what do you think makes the whole Little Cottonwood Canyon so unique? 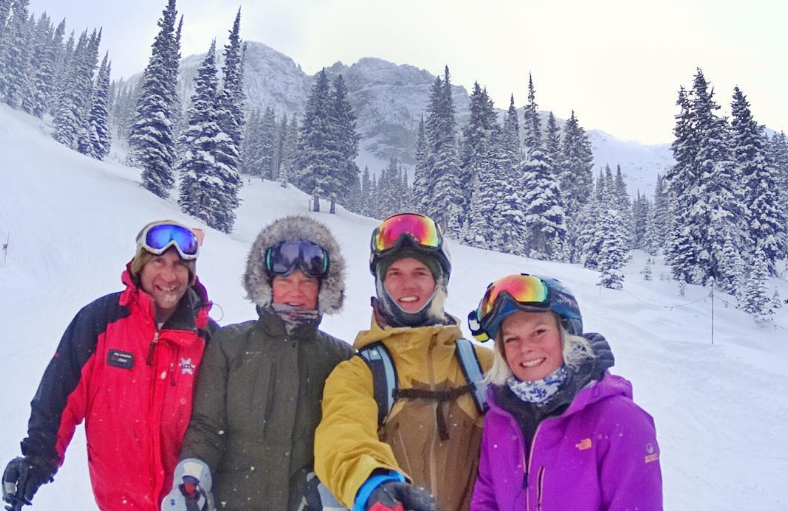 Little Cottonwood produces some amazing skiers. They are super well rounded compared to other places. All the diversity we have in terrain, most of the people can do tricks, stomp big cliffs, and ski fast. It’s pretty wild, you watch a lot of guys ski and you wonder who they are. Are they sponsored? Is that dude a pro? But it is some guy that has been skiing Little Cottonwood for fifteen years and is now a ripping skier. The whole community is just pretty impressive.