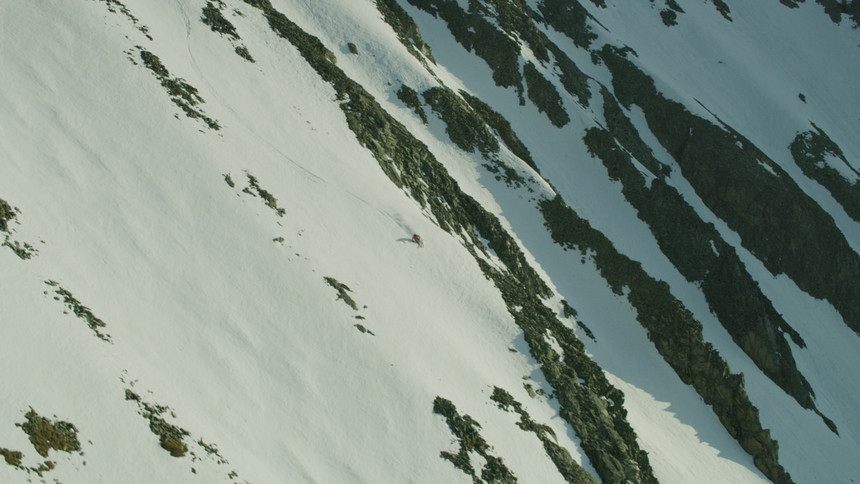 Get used to hearing the name Parkin Costain. The Whitefish, Montana native won TGR's Grom Contest back in 2015 and spent this past season shooting for TGR's new film Far Out, presented by REI. Montana's influence on the 19-year-old is apparent, he has a penchant for bringing big moves to even bigger mountains. Here is what Parkin has to say in his own words about riding in the Treasure State.

Montana has it all. Not a ton of people super, sick gnarly mountains all around you, coupled with some awesome resorts as well. Growing up in Whitefish was perfect for me. It was a good hill to learn on because it wasn’t too intimidating at first and then it gave you confidence as you progressed. You could hit a decent sized cliff and then go ski down a different run and hit another sick line. Being able to access the backcountry in Glacier National Park or any of the surrounding areas with snowmobiles was a huge bonus.

At the age of 11, my dad and I got a snowmobile and started to explore and film in the backcountry. That’s really where everything started to trend upwards to where I’m at now. Montana has really led me to be on the path that I’m on now.

A classic Montana day when you are going out filming and skiing goes as follows: Wake up at 5:30 get some coffee and breakfast. Go to the gas station, fuel up the sleds and drive to the trailhead and just explore. There is so much wilderness and so many mountains around that you can do whatever you want. I’ve definitely spent a lot of time learning the mountains around my hometown and getting out to places that not a lot of people have skied before. You find a zone and establish a bootpack or just do sled laps, skiing until the evening strikes and then make your way home. I'm excited to keep doing it for a long time.

In Montana, Moonlight has the biggest skiing, especially for my type of skiing. When I'm shooting I love to show people how fast I can go and ski these really long lines. Moonlight has that terrain to offer which is really unique for a resort. The longest lines are my favorite. There are Three Forks from the top of Headwaters and the North Summit Snowfield, which is this huge hanging snowfield above a 50 foot exposed cliff, with a mandatory traverse at the bottom. Wrapped around a big point, you have access to a couple of couloirs and it’s crazy to access that from all one spot. It only has a certain amount of people that can ski that zone every day so it’s never going to be skied out, you just have to make sure you are there in time to make sure you can sign out and get your run in.

Big Sky last year had a great season, tons of blower, which was unreal. What's great about Montana is after the storms pass it turns into a lot of chalk, which is such fun snow to just rail down. This wind buff creates these really consistent landings everywhere. You never have to worry about punching through. You just have to have to the ability to rail your edge and ski super smooth.

A classic Montana skier can charge on all types of terrain. They can do anything from the park to the backcountry to big mountain lines anyone from Montana is going to be able to conquer it all and shred down the mountain.