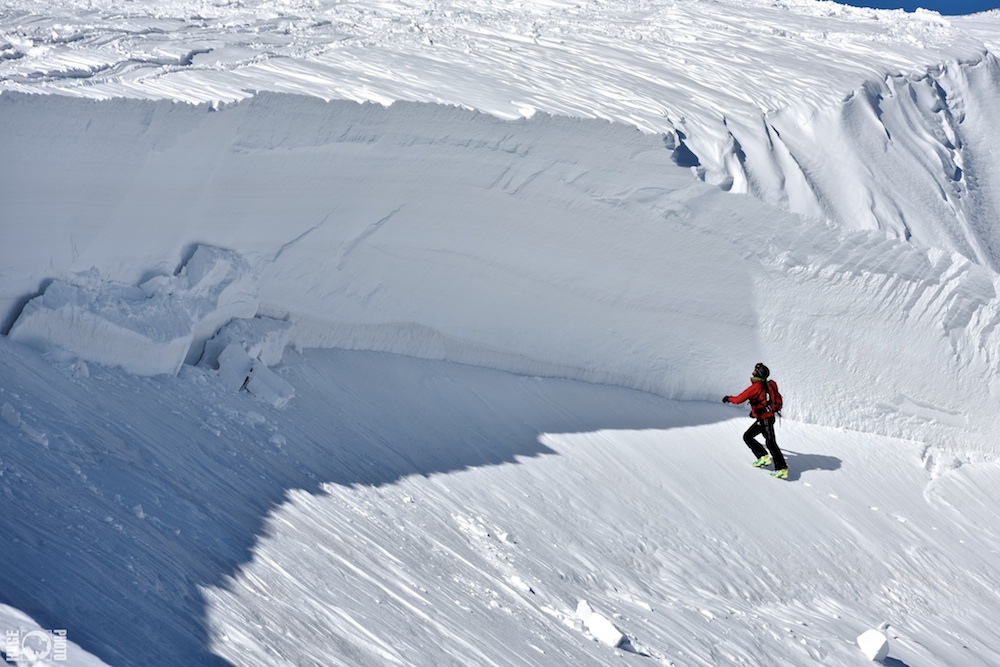 When a R4-D4 hard slab avalanche slid just outside of Gulmarg ski resort’s sidecountry in Kashmir on Thursday, Feb. 12, photographer Matt Hage stood shaking at the top of the gondola and thought, "Good God."

Assuming it was a natural slide, Hage and his wife, Agnes, hiked up one of Mount Apharwat’s ridgelines to scope out a bowl they planned to ski the following day. Human-triggered avalanches of that size are rare. A few weeks before, after Gulmarg’s first big storm of the season, ski patrol triggered a prior D4 avalanche with explosives. Typically more than 6,500 feet long, slides of that size can decimate a large swath of forest, or a small town. 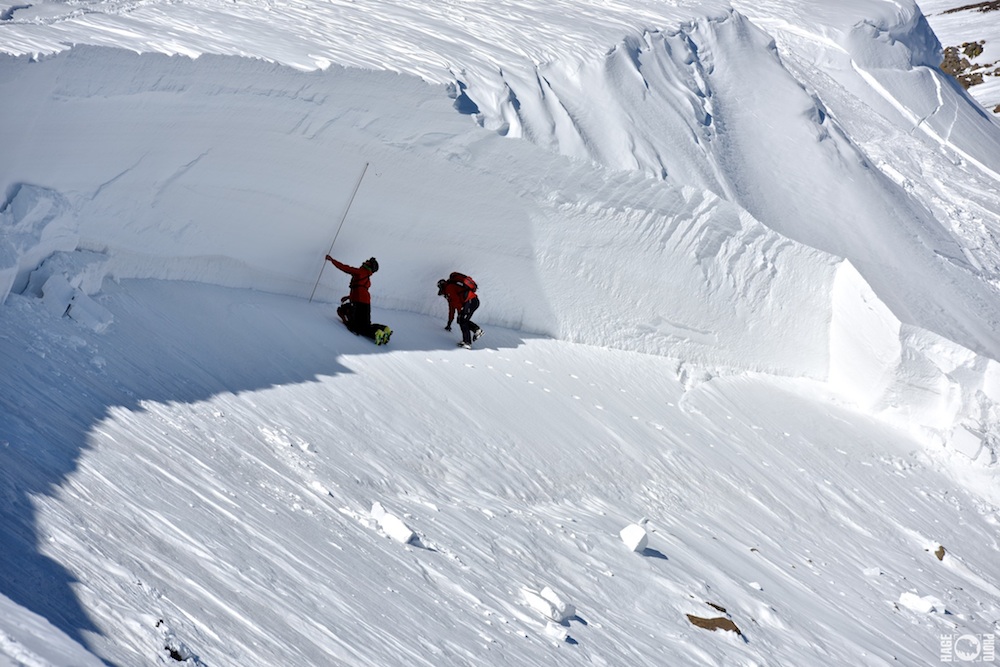 Three local skiers were skiing three bowls past Gulmarg’s controlled area and one of them, Bashir Ahmad Bakshi, an aspiring ski guide, was caught and died in the enormous avalanche. Several foreign skiers were present in the area as well, although it's still unclear their role in the incident. At the time of the accident, avalanche conditions in Gulmarg were listed as Considerable in the alpine, with a persistent slab 75-150 centimeters thick sitting on 30-50 centimeters of depth hoar at the base of the snowpack, with additional concern . According to the Gulmarg Avalanche Advisory for February 12th, the day of the deadly avalanche, "Skiers and riders triggered avalanches on this persistent weak layer in the backcountry on 6 separate occasions yesterday [February 11th]. Most of these avalanches occurred near the top of ridgelines mid slope, and started near rocks and shallow areas in the snowpack. They were all large enough to bury and kill a skier or rider."

Hage and his wife had arrived Saturday night on an assignment for Backcountry Magazine. More than two feet of fresh snow also arrived that night, with even more deposited by wind. Sunday morning brought clearer weather. Gulmarg ski patrol did control work, primarily by using handheld explosives and ski cutting, and then opened the first stage of the gondola for service on Sunday and Monday.

As part of their assignment, the Hages had travelled from their Anchorage home to meet up with their friend, Luke Smithwick, a snow safety officer. The Kashmiri government contracted Smithwick to do control work in Gulmarg and to improve avalanche education and outreach efforts.

A panorama of the slide and Gulmarg sidecountry. Matt Hage photo.

The Hages and Smithwick went up with ski patrol early Tuesday morning. This time, patrol swept from mid-mountain to the top of mountain–the area serviced by the gondola’s second stage–and let it sit closed until Wednesday.

“Some of the local or visiting guides were pushing patrol to opened up the stage two gondola [on Tuesday],” says Hage, “even though you’re looking at classic avy terrain, with 35-degree bowls emptying into a drainage. Some of those deposition areas had a meter to a meter and a half of snow in them.”

Some of the local or visiting guides were pushing patrol to opened up the stage two gondola [on Tuesday], even though you’re looking at classic avy terrain, with 35-degree bowls emptying into a drainage. Some of those depositions areas had a meter to a meter and a half of snow.

Smithwick gives a free, avalanche awareness talk every Tuesday evening, and publishes avalanche forecasts on the Gulmarg snow safety web page. The Tuesday evening before the slide, Hage says Smithwick’s talk was standing room only. He listened as his friend explained the basics of snow science, and hammered home that patrol only does control work within the ski area boundaries.

Smithwick posted ski patrollers at the top station of the gondola, who then explained to skiers not to travel into the backcountry on Thursday because avalanche danger was considerable. Despite patrol’s consistent efforts to educate skiers, a large number of the public ignored these warnings, and accessed Gulmarg’s sidecountry anyway. 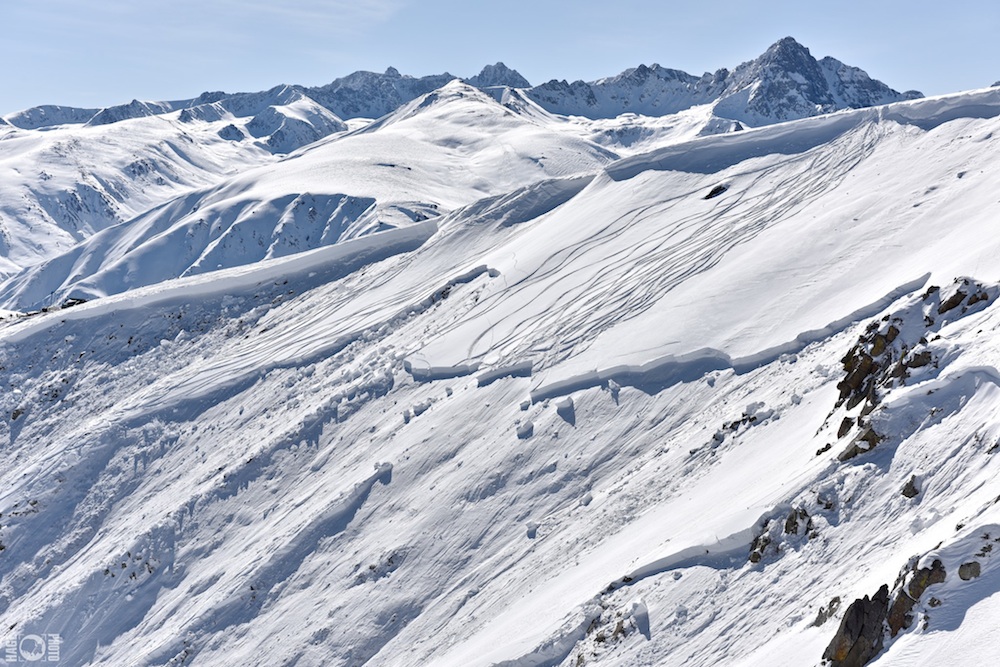 “It was really disturbing to see how quickly the public attacked the sidecountry. They just swarmed it,” says Matt Hage.

It was really disturbing to see how quickly the public attacked the sidecountry. They just swarmed it.

Gulmarg is in a remote area of Kashmir, India’s northernmost province, along the country’s western border with Pakistan. Tucked away in a Himalayan subrange, the Pir Punjal, the tiny ski resort boasts huge amounts of snowfall and over a mile of vertical at 13,000 feet.

Warren Miller Entertainment started filming there in 2008. Salomon Freeski TV followed. Last year, Pirate Movie Productions brought a group of European pro snowboarders to film heli descents in Kashmir. Though long-established as a mountaineering mecca, Kashmir is an up-and-coming destination on the snow side, especially for film crews and powder-crazed international skiers looking for that next undiscovered zone.

However, despite the deep snow and puckering terrain, most of Gulmarg’s skiers are foreign tourists. Hage quoted an estimate that 70% of Gulmarg’s ski tourism comes from Russian clientele. There’s also very serious limitations when it comes backcountry education opportunities for the public.

Smithwick is building India’s first institute for avalanche research and education for civilians. He points out that though India has a Department of Defense Snow and Avalanche Study Establishment (SASE), there aren’t many formal avalanche education resources available to guides, ski patrollers, and mountain enthusiasts. 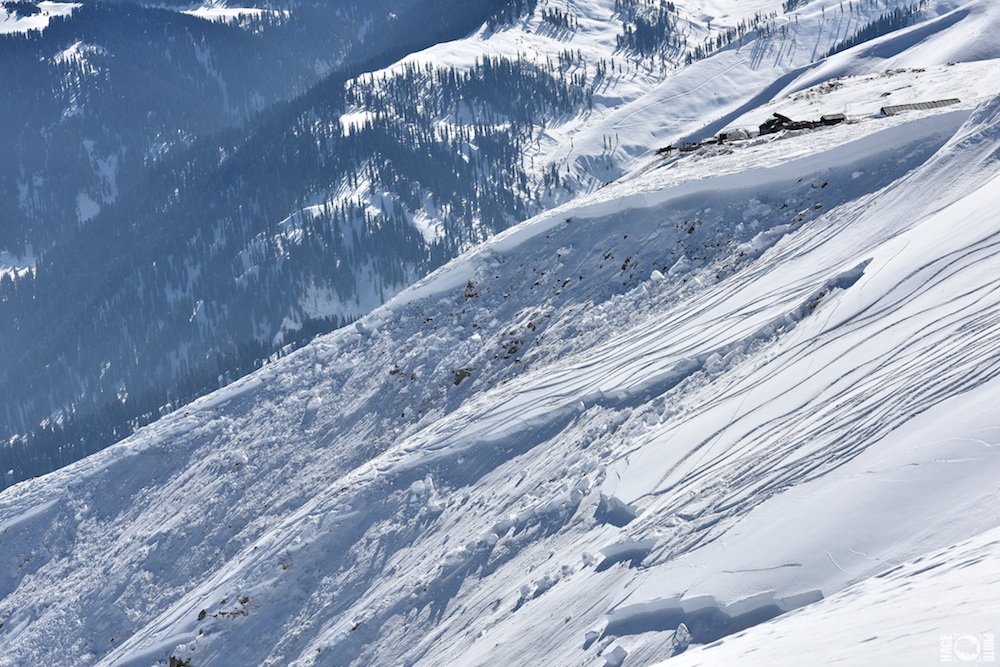 The slide was also very large relative to its path. Matt Hage photo.

Perhaps most disturbing about the Gulmarg slide, and the Kashmiri backcountry culture, is the lack of certification restrictions one needs to qualify for guide service. The Gulmarg Avalanche Center, which Smithwick operates, contains the only list of IMGA-certified guides in Kashmir. Smithwick does claim that many foreign guide services give their local guides good training in companion rescue, avalanche basics, and snow stability assessment, and that there are many knowledge local guides. However, a quantifiable amount of formal training by a governing body is also unclear.

“A lot of the head foreign guides aren’t IMGA-certified,” Hage explains. “It’s not like Europe, where you can’t operate without a pain, and it’s a guided culture. You’re in the foothills of the Himalayas and Karakoram ranges. You could get snuffed out in an instant.”

The three Kashmiri locals and several foreign skiers dropped onto a 38-degree slope on a northeast-facing aspect in an uncontrolled, unmanaged area. According to Smithwick, there had been skier-triggered slides on the same aspect, elevation, and slope angle the day before. Smithwick able to contact the two local skiers, or any of the foreign skiers present on the slope, to investigate the slide.

After the skier's body was discovered, Hage reported that the Gulmarg locals he encountered, many of whom are devout Muslims, said the skier's death was God's will, and that the deceased is now with Allah.