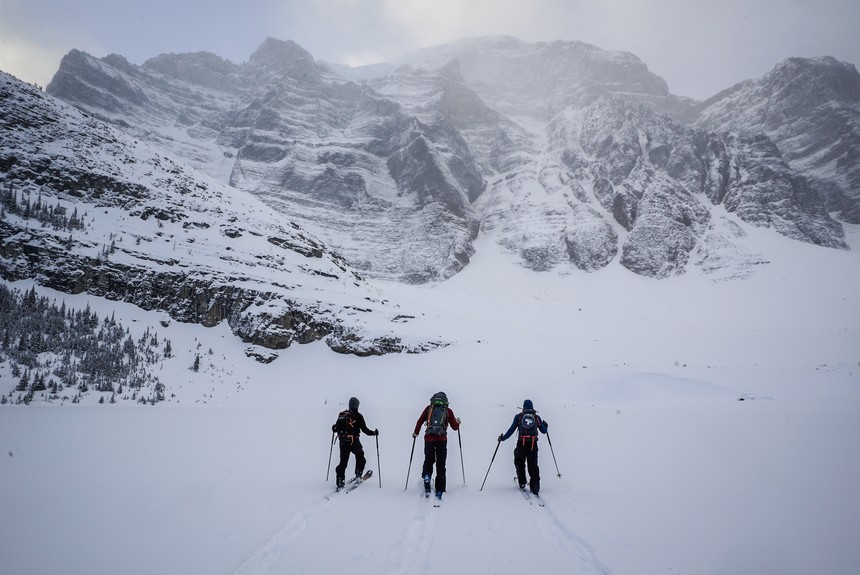 An average day on the job for Cody Townsend used to involve being whisked atop a peak or ridge by a helicopter, ripping pow all the way down, and then doing it all over again. These days, however, a day on the job is more likely to include a pre-sunrise wake-up, a long hike, some mediocre-at-best skiing, and then another long hike back to the car.

What could possibly trigger such a seemingly-masochistic shift? Why would someone with access to all of the luxuries that make skiing easy turn his back on a world that most skiers can only dream of? There’s a short answer and a long answer. The short: The Fifty Project. Townsend is trying to climb and ski all fifty lines described in the classic book Fifty Classic Ski Descents of North America by Chris Davenport, Penn Newhard, and Art Burrows. Even with the fifty lines spread out over three years, the project leaves no time for heli-skiing trips.

So, that’s the short answer: He simply doesn’t have time to ski out of helicopters. But why would he embark on such a demanding and unconventional project in the first place? We sat down with him, hoping to find some answers.

Townsend is fully aware that his transition might be confusing to some. “It’s definitely a turn from the past ten years, a massive turn,” he said. “I’ve spent a decade shooting ski porn out of helicopters, I’ve done twelve Alaskan heli trips. Skiing big lines fast and doing big backflips was what I was known for. If you told me ten years ago ‘Hey you’re going to hike for all of your lines,’ I would have said ‘You’re an idiot, and if I ever start looking like that, please punch me.’” Despite his earlier reticence towards touring, he truly has turned over a new leaf. Townsend recalled discussing his new pair of ultra-lightweight touring skis and boots with his friend Chris Rubens: “I told him that I had just gotten these skis and modified these boots, and he told me ‘You’ve changed, man.’ ‘I know, I know,’” Townsend replied. 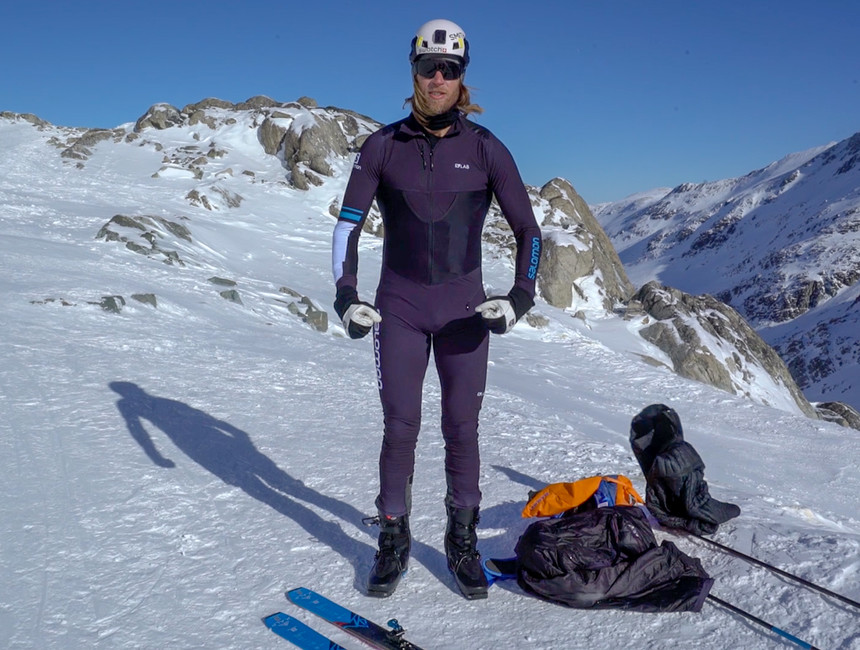 Digging deeper, Townsend thinks that his success in the heli-skiing arena was a big part of what drove him towards human-powered skiing. In 2014, he skied what has become one of the most recognizable lines in skiing. Best known as the “Line of the Year,” it has been viewed millions of times on Youtube. It won Townsend “Best Line,” “Best Male Performance,” and “Full Throttle” at the 15th annual Powder Awards, and brought him to the attention of a wider audience than almost any other freeskier has reached. However, it was also a major turning point in his career. “[That line] was actually a big part of what spawned this project,” he said. Several years before, he had skied the Terminal Cancer Couloir, a steep and committing line, with Jeremy Jones, and wanted to find the Alaskan equivalent. “After a few years of looking for it during every AK trip, I finally found it,” Townsend said. “After that, people kept asking me what I was going to do next, and I didn’t know.”


Understandably, Townsend felt that he’d never be able to top it in terms of raw speed and degree of commitment. “It felt like the pinnacle of what I wanted to do in freeskiing,” he said. “I didn’t have anything left in terms of personal dreams that could be accomplished by skiing out of a helicopter.”

Around this time, he started thumbing through the book which would later inspire The Fifty Project. “It really started from one or two of them being on my bucket list,” said Townsend. “One or two turned into three or four, and then I was like ‘You know what, why not try to ski them all? That would be badass.’” And just like that, a new dream was born. “I saw it as an opportunity to learn, and an opportunity to grow my skiing,” said Townsend, “and that’s what I find so beautiful about this sport: I’ve been a sponsored skier for twenty years and I still have a whole new realm to learn about— I’m not even close to learning everything I can.”

Once he got started on The Fifty Project, Townsend found that something about hiking big lines was more fulfilling than being dropped atop them. “I’ve had plenty of opportunities for heli-drops, but there's just something...It seems like it’s not the adventure that it could be,” As a case-in-point, Townsend reminisces on his attempt to climb and ski British Columbia’s Mt. Currie. “It was all encompassing, everything from struggling, to good skiing. Starting early, trying to find our way out, everything about it was what makes for an awesome day in the mountains.”


At the time of our interview, Townsend had only done nine of the fifty, but was feeling good about his progress: “It’s already been an incredibly cool year. I’ve been all over, skiing these bucket list lines that I’ve always looked at and wanted to do, learning about new zones and new peaks. I look back and am psyched on it.” In the two months since our interview, he’s skied several more, including the Grand Teton.


One of Townsend’s favorite aspects of his new project is the degree of support he’s receiving from the community. Unlike the traditional ski-film world, which at times can feel competitive and possessive, the ski-mountaineering world is much more cooperative. “I’ve got eyes and ears across the nation right now. I get random emails from guys in Colorado like ‘This line just got skied— it’s coming into fruition, in like two weeks it’ll be good,’” said Townsend. “I went to Alaska because I had Kevin Quinn [of Points North Heli] send me an email with some photos. He said ‘Do you want to come?’ And the next day we headed up there. It’s so cool to see the community support for this project— it wouldn’t be possible without that support.”

Townsend recognizes, however, that he is giving up certain things in exchange for chasing his lofty goals: “I’ve skied less powder and more hardpack this year than ever before, so I feel like after a few years of doing this I’m going to say ‘Cool, let’s ski some pow for a couple years.’” Until then, we look forward to following his quest to ski the fifty.