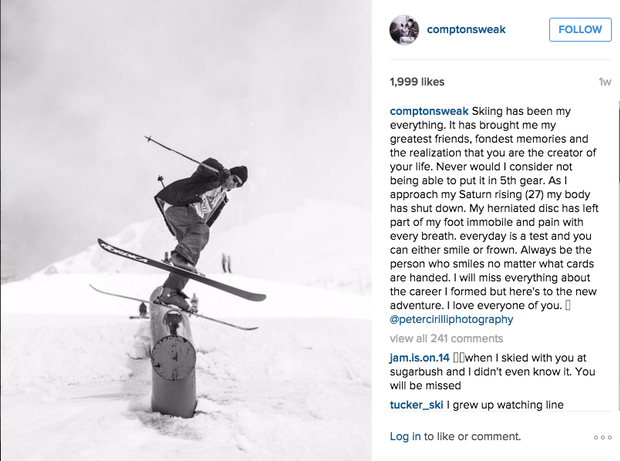 Ian Compton posts a statement of gratitude to the sport of skiing. Comptonsweak photo.

Ian Compton (26) has announced his retirement from professional park skiing, according to an interview with New Schooler's that was released Monday. Compton rode for Nordica and Killington Mountain Resort and was well known for his video series The Weak, in which he showcased his unique personality through his skiing.

Compton has decided to make the life shift citing "medical issues and an ever-changing perspective."

In the interview Compton explained, "That past 3 years I have been skiing with a really bad back. I have taken falls where I shouldn't have walked away ... but did with a smile. All the abuse over the years along with the driving has taken a toll. 4 weeks ago I woke up and could barely breath or walk and had a paralyzed foot."

Compton is currently living in a yurt without running water, with his dog and chickens that he raises.

"I live a demanding lifestyle so when something like this happens I can’t go import water with my 5 gallon containers or let alone think about walking into the woods to shit." 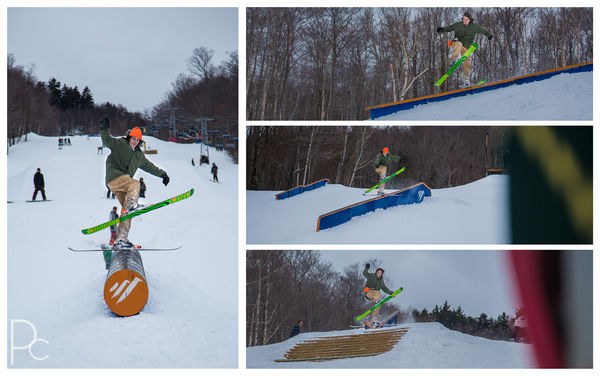 Compton is not the first professional park skier to be forced into early retirement because of medical issues. Alexis Godbout, a former Dew Tour winner, blew out his knee three times by the age of 24, before deciding to move away from park skiing into big mountain terrain in search of softer snow. Professional snow boarder, Kevin Pearce, had a career ending traumatic brain injury during a halfpipe training run.

In regards to his current injuries. "I looked at my situation as a 'canary in a coal mine.' I have had a guardian angel all these years and now I am really focusing on the natural world and healing my body. The ski industry has given me more than I could ever imagine but to balance it with living the life I want right now is hard."

We hope the best for Ian Compton as he takes a new direction in life. His creativity, charisma and positivity should do him well in whatever avenue he decides to pursue.