Interview: Behind The Lens With Sammy Carlson

Sammy Carlson has been a star in ski movies since he turned pro at age 15. For Nimbus Independent’s most recent release, “On Top of the Hood,” Carlson works behind the lens for the first time. The 22-year-old directed this 25-minute short at Oregon’s Mount Hood, where Carlson grew up skiing and quickly became one of the premier slopestyle skiers in the world. For “On Top of the Hood,” Carlson went beyond the park, to Mount Hood’s summit, where he built hips on rime, huge step-ups and rails over crevasses. Shot predominantly at sunset on the top of the iconic peak, the movie is as aesthetic as it is forward thinking. See for yourself, for free, after the interview. 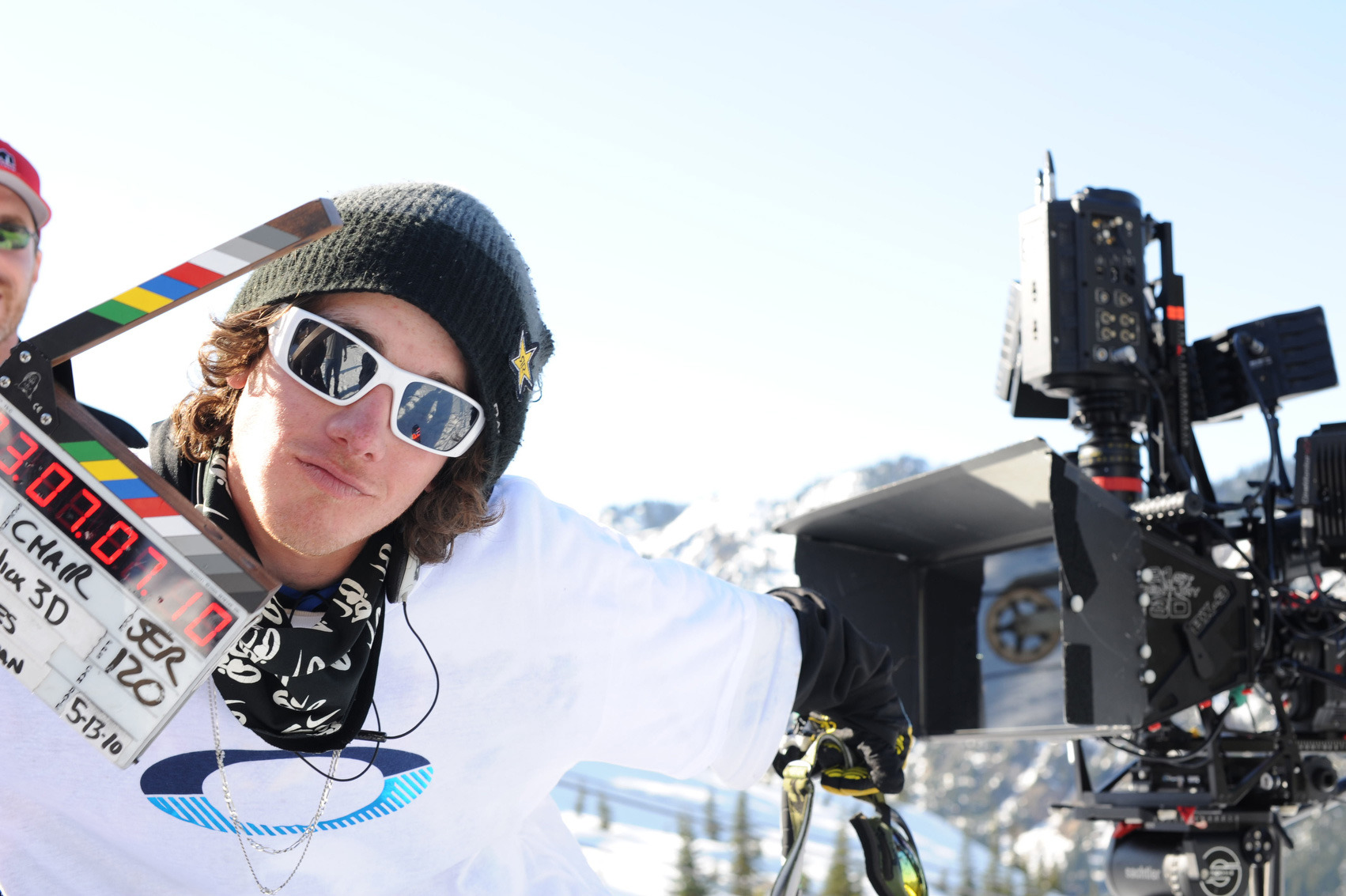 I usually take a month off and go home, and I live out in Hood River, and the mountain is conveniently in my backyard, and it has the best park in the summer time. It’s one of my favorite times to ride. That’s how I fell in love with skiing, growing up on Hood. The atmosphere up there is so sick, especially this summer, we had such a good crew of guys up there.

I talked to Pollard about doing the video this season and I had such a good year that my sponsors were willing to support me a little extra.

I was trying to do something different. You never see segments like a session of a feature. You see one ore two hits and it’s off to the next feature. The viewer doesn’t normally see the progression. You don’t just go up there and thrown down the first hit. You straight air, then a three – I thought it was cool to show that.

All the features were pretty high consequence. The very first hand-plant on the summit, that was on the very point of the mountain. I had a four-foot area I had to stay in.

I always wanted to go out there – it’s called illumination rock – and build a hip there. I always noticed it hiking around the mountain in the summer, the different terrain out west – it’s way different from what we were used to riding. It gave me the idea that there’s more out there.

That’s how I wanted the movie to start – actually on top of the Hood. We got the whole crew up there to work and we had to use ice axes to break through the first layer of rime stone. Even just standing on it was definitely nerve wracking. To the right was a 60-foot drop to the steepest run ever.

It keeps skiing fresh for me. I get back in the park and it’s a whole other feeling.

I got the rail at the local hardware store.

I stood on edge and looked down [the crevasse] and it was definitely deep. I could see 40 feet down the hole and couldn’t see anything – maybe a little shelf. You got to make sure to take your speed.

Pollard did a tremendous job. We’d work together all day long. I‘d sit behind him and share my thoughts and he’d do his thing and it would always be above my expectations.

He was one of my favorite skiers for sure growing up in Oregon. He was so on point with the editing. He would take my ideas and put them down but transform them into a better idea.

It’s motivating to be around them and see how driven Pollard is. His work ethic is very inspirational.

Willie [Borm] is such a sick kid. He blows my mind every season with him. He progresses so fast. It’s super exciting to see. It completed the crew to have the little man up there.

The premiere was good; tons of positive response from everyone up there watching it.

I hope this is just the beginning of what I get to do with making films. Who knows where it will take me. I would be stoked to make another one.

After the X Games, the industry gave me so much more than I ever imagined. I put it up for free to make sure everyone can see it. It’s my way of giving back to the industry.