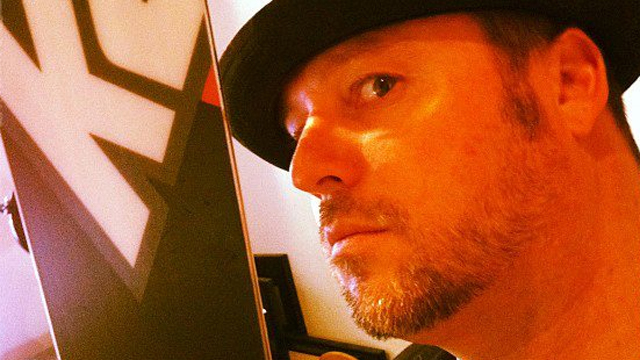 Few professional skiers have a career spanning three decades, but Brad Holmes does. Bad Rad Bumpin’ Brad has been known for many things over the years. He was a mogul skiing phenomenon, winning the Junior World Championships at age 16. He brought his hard-charging and high-flying style to big mountains and the park in movie segments in the 1990s and early 2000s. His dyed hair, tattoos, bad attitude, and hilarious rap lyrics earned him a reputation as a bad boy in skiing. Love him or hate him, Brad Holmes has had an undeniable influence on the sport of skiing over the past few decades.

Now in his 40s, Brad still rips. He’s really, really good at skiing. But his focus has shifted over the past several years. In January, Holmes’ movie, Palmer “The Miserable Champion” debuted at the X-Dance Action Sports Film Festival where it took home awards for “Best Biography” and “Athlete of the Year.” The film chronicles the life and career of one of the most prolific and talented extreme sports athletes of all-time, Shaun Palmer. Although the film is complete, Holmes is raising money to distribute the film on kickstarter.com. TetonGravity.com caught up with Brad to chat about the making of the movie and his past, present, and future.

TGR: You’ve got a “bad-boy” persona that was perpetuated by your movie segments and in marketing campaigns, is that the real Brad Holmes?

Holmes: It depends on what you think a bad boy is? I look at myself as someone who does what he wants. If that’s bad, then yes, I am a bad boy.

TGR: You grew up skiing bumps in Squaw Valley and you still ski there now, what was the best time at Squaw for you?

Holmes: I think my best day at Squaw was when I was about 16 and Kevin Andrews took me down the fingers.

TGR: You’re credited with being one of the most influential skiers of all time, what do you think your biggest contribution to the sport of skiing is?

Holmes: I was the first one to start marketing myself as a Freeskier. I helped start Freeze Magazine and was part of the first K2 freeride Team. I would have to say those are the reasons.

TGR: For those who are out of the loop, what have you been up to for the past 5 years, skiing, production, etc..?

Holmes: I have been bouncing back and forth between skiing and movie making. I was working with Elan designing skis and skiing a bunch. Now I am focused more on the movies again.

TGR: When did you start your production company and what movies have you produced?

Holmes: I started Chainsaw Productions in 2004-ish to produce ski movies. We did “The People vs. Brad Holmes” and “Stars Skis and Hucks.” Now I am finishing up Palmer “The Miserable Champion.”

TGR: Why did you decide to make a movie about Shaun Palmer?

Holmes: Shaun and I have been friends since we were 14. Shaun asked me to do it.

TGR: How long did The Miserable Champion take to make?

Holmes: We started it 5 years ago. Its been an on and off project ever since.

TGR: How long have you and Palmer been friends?

TGR: What made Palmer so dominant at every sport he chose to pursue?

Holmes: Raw Talent and his relentless need to win.

TGR: Where can people buy the movie/watch the movie?

Holmes: WAX is a large distributor in the USA, you will also be able to order from www.chainsawproductions.com, it will be available this June.

Holmes: It’s been a roller coaster, Shaun blew his Achilles tendon, that put us on hold, for sure. The funding has never been a problem because we never asked for any until now. We did not want to put a time line on finishing the movie.

TGR: What’s on the horizon for you and Chainsaw Productions?

Holmes: After I finish the Palmer project, I am going to do a Mountain Bike movie called “Dirty Deeds.” I am looking forward to starting a new project.