Is Going Bindingless The Next Big Thing? 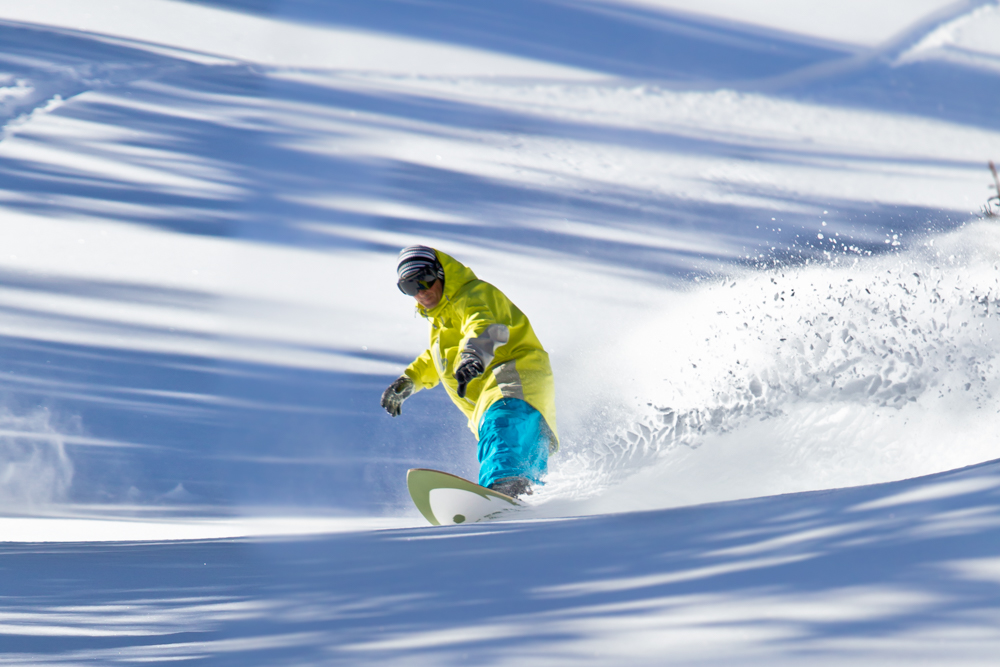 Like most hot, new trends in snowboarding, riding bindingless isn't new at all. Professional snowboarder Gregg Todds invented noboarding in 2001 when he replaced his bindings with a rope and rubber pad, and started chasing powder throughout interior British Columbia. Todds and co-creator, Cholo Burns, formed NoBoard, a company that essentially sells kits that include hardware and carabiners, a long, burly rubber stomp pad to replace your bindings, a rope to hold while riding, and a retractable leash so you don't lose your board when you crash.

NoBoard's "Yes to the No" traces the history of riding bindingless.

After Todds and Burns formed NoBoard, small pockets of riders and board manufacturers around the world started designing surf-inspired boards specifically for riding without bindings. Because the Canadian duo patented the term NoBoard, riding bindingless became "noboarding." However, as certain board manufacturers developed decks specific for bindingless snowboarding that didn't include the rope or rubber pad attachments, they began to refer to their style of bindingless riding as "powsurfing."

Semantics aside, these boardmakers uniformly argue that riding bindingless represents a return to snowboarding's roots. Snurfer's and Burton's original boards were designed to be ridden without bindings. Just like the early days of snowboarding, bindingless board makers are heavily influenced by skateboarding and surfing, particularly when it comes to board shape.

Why Board Shapes Matter When You Ride Bindingless 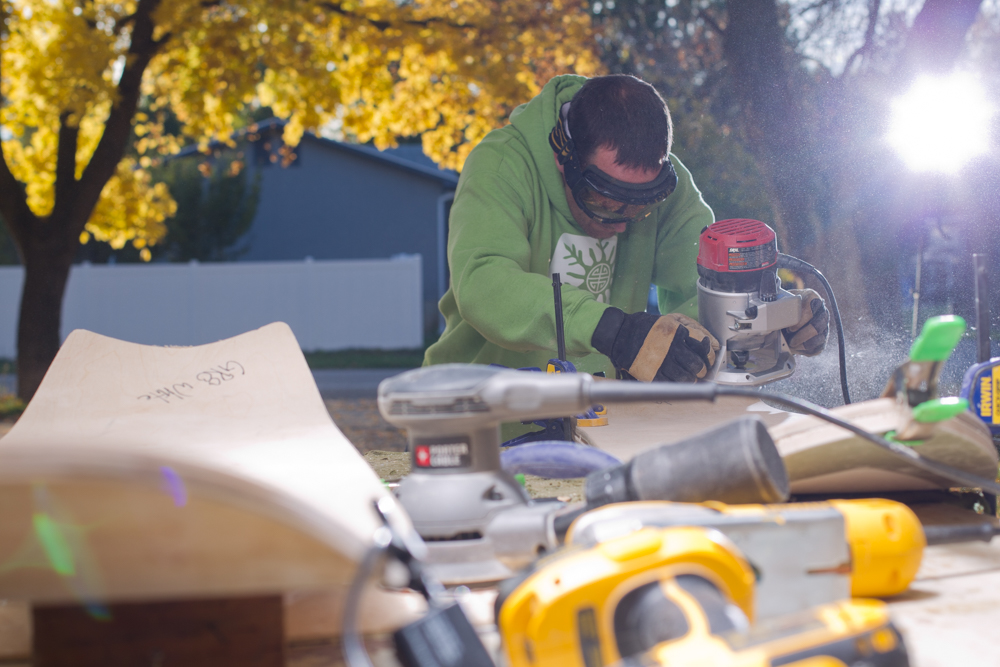 Jeremy Jensen's Grassroots Powdersurfing in Logan, UT, and pro snowboarder Wolle Nyvelt's Asmo Powsurfers in Mayrhofen, Austria, are at the forefront of bindingless-specific board manufacturing.

“We make 20 different shapes and sizes. Each one is shaped and designed with a purpose. Shapes starts to matter more when you take the bindings off,” explains Jensen.

He likens how he designs powsurfers with different shapes, sizes, tails, thicknesses to how a shaper would design a surfboard with a particular wave in mind. A shaper will go out with their riders, and make a board specific to them, the way they ride, and where they ride. Grassroots makes a variety of shapes to accommodate different kinds of terrain, snow depths, and snow conditions. One powsurfer might work ideally for big, open bowls, another for tight, technical terrain – and their designs will be dramatically different. 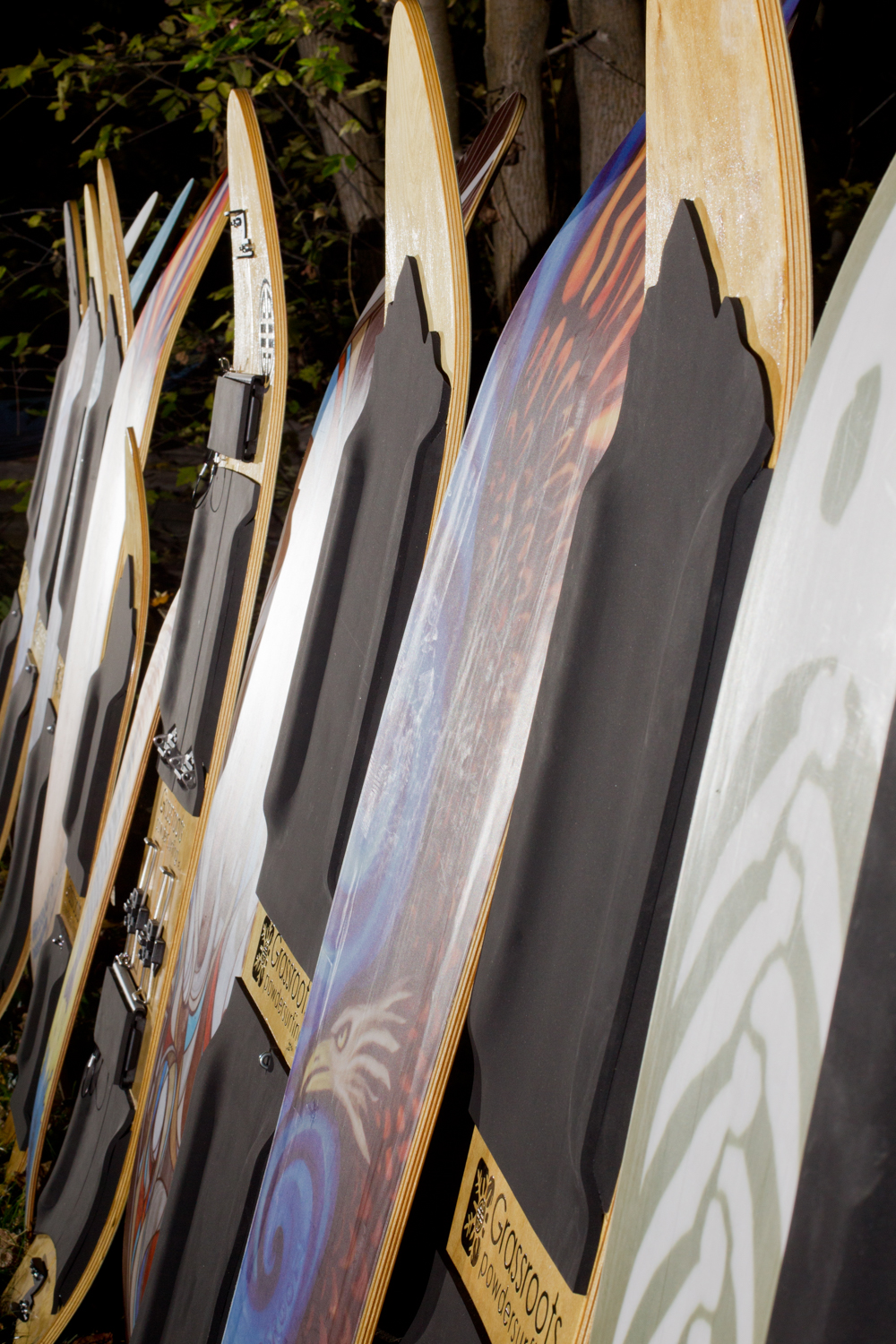 Nyvelt's approach to shapes is rider-focused, rather than being driven by terrain and snow conditions. Asmo develops their growing quiver depending what people want to have. They also constantly redesign existing models to make them ride better, shaving or adding to each board’s outline, or adapting the rocker.

"More than the terrain, I think the boards are shaped for people," he says. "It needs to fit them, and the feeling they are after. A swallowtail is almost the most functional tail shape but sometimes a little looser, round tail is what you want. When people are interested in a board, we talk to them quite a bit and see what they are after so they can choose right board." 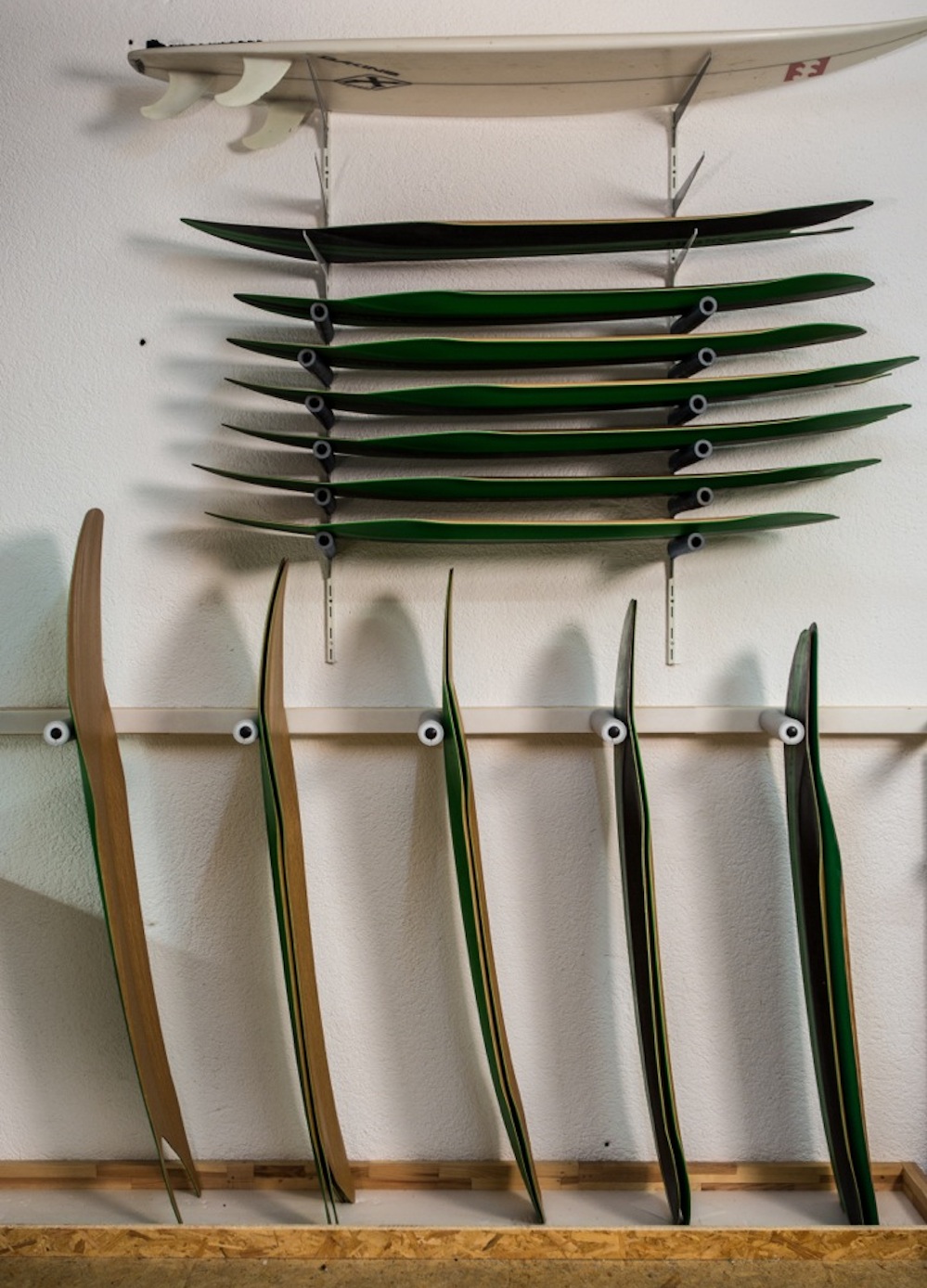 “Our shapes are inspired by hydrodynamic planing hulls,” Nyvelt explains, “and you see a lot of attributes of those kind of surfboards in our shapes.”

Hydrodynamic planing hulls utilize a wide, spoon-shaped nose to effectively lift the front third of a surfboard. Rounded rails reduce drag. Asmo Powsurfers have a similar shape, but also include elements to help you keep control on hard-packed snow.

“In general, our boards are built fairly wide for good lift, and in combination with the channels on each side, you have good control. The channels have a fin-like edge, which enables you to navigate cat tracks and mellow slopes. They also let you traverse hardpack.”

How Powsurfers Ride and Why They Might Be Snowboarding's Future 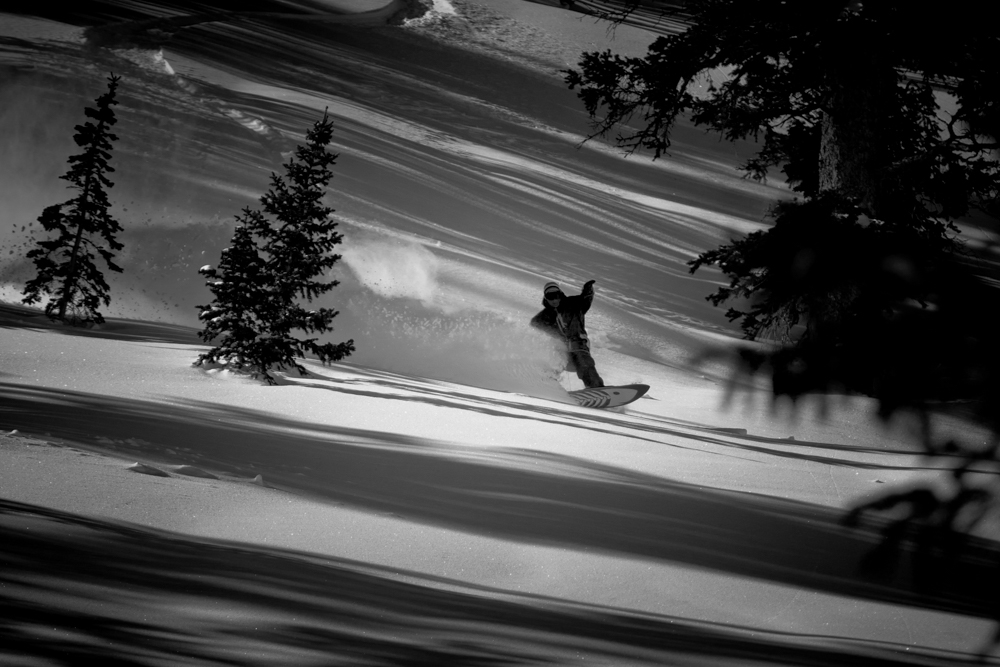 Many powsurfing enthusiasts are veteran riders, both recreational and professional, who use a combination of snowmobiles, snowshoes, Verts, MTN Approach skis, or splitboards to access fresh snow in the backcountry.

"Powsurfing fundamentally changes the way these riders tour," Jeremy Jensen explained. "Instead of climbing to reach a 3,000-foot descent," he added, "they use whichever preferred means of backcountry travel to yo-yo up and down 500-foot pitches."

North-facing, sheltered trees tend to be best for powsurfers, which need soft snow to plane. Depending on the board type, Jensen claimed that as little as four inches of fresh can make powsurfers float.

Wolle pushes the limits of what people can do on a powsurfer, including massive airs and wallrides. Andreas Monsberger photo.

In this year’s powsurfing documentary, White Waves, Terje Haakonsen claims throwing a trick on a powsurfer is a lot like skateboarding while turning a powsurfer is more like surfing.

Jensen, who rides and films in the northern Wasatch backcountry, calls powsurfing a very backyard experience. He compares to sessioning a curb on a skateboard where, he says, you get more bang for your buck.

With the possible exception of Terje, no one in the world is airing bindingless like Wolle Nyvelt.

Wolle Nyvelt likes to use magnets for airing on his Asmo Powsurfer. Andreas Monsberger photo.

Earlier this year, Nyvelt rode an Asmo across the lower section of a local Mayrhofen dam like a wall ride. Because he's hitting huge airs, Nyvelt explains that many Asmo riders use magnets to keep the board underfoot mid-air.

“We use magnets a lot,” explains Nyvelt. “There are a lot of different approaches, which I think developed not only to jump and do tricks, but also because there are very rarely sick conditions throughout the whole mountain. Especially when you ride ski resorts, you always deal with harder, older, tracked conditions. All of those methods help to navigate through conditions like that.”