It Pays to Lose

Lessons on community from a rookie big mountain skier

“Crap. I made the cut.” I exhale to my boyfriend who is standing behind me. Pasted to the whiteboard in front of me is the starting list for tomorrow’s finals and my name is on it. A nervous smile appears on my face because I’ve never made it to finals before. ‘Before’ being the one other big mountain comp I’ve done. Expecting that I would enter into the qualifiers that day and be out hucked by the amazing women in my category, I had made tentative plans to drive home to Tahoe the next morning. Hey, a trip to Wyoming is a trip to Wyoming. But there above the cutoff is my name and I now have to conspire a plan to navigate down the treacherous terrain that is Bobcat at Grand Targhee Resort. 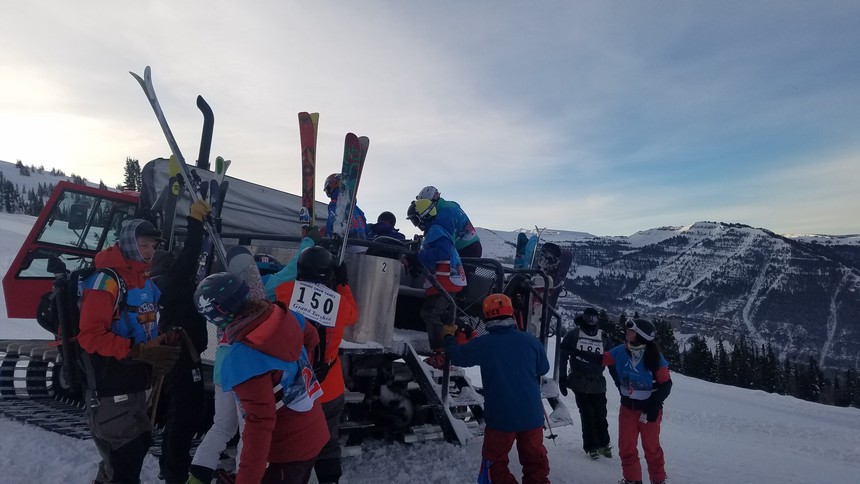 I never had big aspirations for my skiing. Sure, I could keep up with the good skiers at my local resort but my life had had other plans that often lead me away from skiing. School, work, and adventures that didn’t involve snow resulted in me skiing on and off from the time when I learned how to ski as a toddler to when I finally finished college a year ago. I remember always wanting to ski race as a kid but it never happened. And in college I wanted to join the freestyle club but that never happened either. Then either through luck, magic, or a combination of both I was introduced to the world of big mountain skiing--and the community that surrounds it.

That following day I was holed up in bed--a little tired from the hot tub adventures the night before but also totally freaked out. The emotion that I had showed up to a test without studying hits me...I don’t usually ski this type of terrain. Did I make it here because better skiers than me fell in the qualifiers? Or am I actually a good skier? I literally can’t find a clean line down the venue. The crappy picture they handed out to the finalists has no scale. Is that mandatory air 4 feet...or 14 feet? I guess I’ll find out. Feeling almost totally defeated and wishing I hadn't made finals, I reluctantly strap on my boots and head out for some sunny groomers to clear my head. My boyfriend and I decide to check out the venue and to my surprise I think I see a line. It’s a weak one, but it actually looks like something fun to ski. 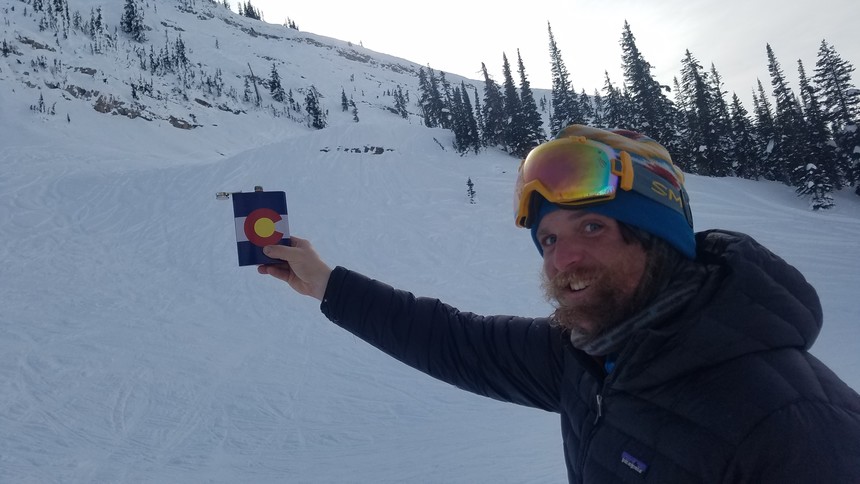 The next morning is go time. The athlete meeting starts at 0-dark-thirty and I am feeling so delirious and so nervous that I might puke. I’m almost certain I am the only one who is scared out of their skull because of how unprepared I am to ski this kind of terrain and I keep to myself so that nobody knows it. We load up on the snow cat for inspection. One of the better girls from the day before is inspecting the same line as me and to my surprise, she’s totally terrified out of her wits as well. We work our way down the line and meet up at the bottom. I think I hear her say “This venue is no joke” and I ski away, accepting my fate which will either be death or looking like a fool by side slipping around scary terrain.

We all group up at the top of the venue. To my expanding amazement there are other girls who aren’t particularly thrilled about the finals venue either. We all commiserate at the top about how cold it is, how much we have to poop/pee, and how freaky the terrain is below us. “I’ll be happy if I make it down on my feet.” one gal says. “Oh my god--you are not the only one.” I say. The sisterhood is strong as we all pep talk each other and get psyched with music and high fives. I’m feeling way more optimistic than before. 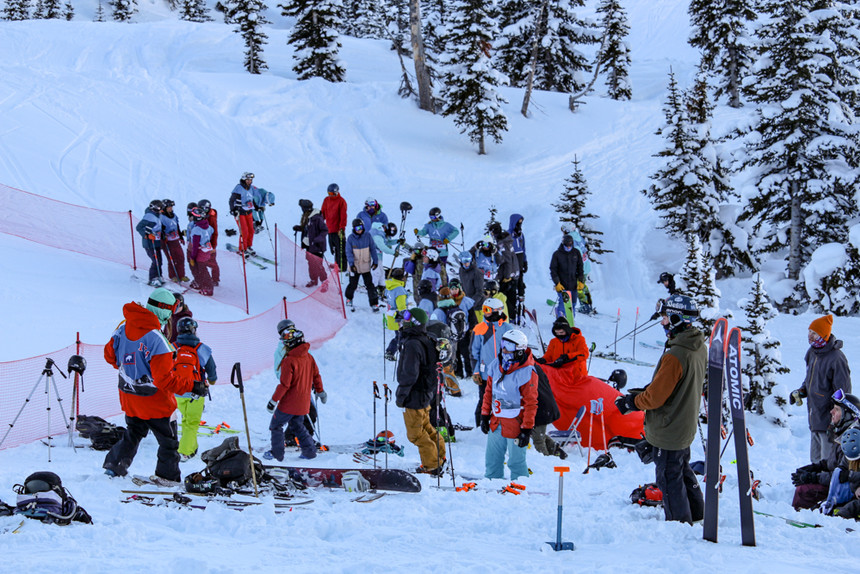 Grand Targhee Photo of us all hanging out at the bottom of the venue.

Knowing that my turn is up next, I plug in my headphones and blast music. I admire the Tetons which are just coming into light beyond Targhee. I barely hear the starting guy say “Dropping in 3...2...1” and I give off a yell before I drop in. I hear all the girls behind me answer with a yell so loud that for a moment I can’t hear my music, my skis, or my self doubt. I ski my line, miss all of my planned airs, am gripping my poles so tight that my hands are tingling, and almost eat it feet from the finish corral. I wait for my new gal pals. One lady makes it down a gnarly entrance but tomahawks out of control after sending it off of two gnarly 20ft double airs. It was awesome and she was unscathed. The next lady drops, executes a few huge airs perfectly and skids into the finish corral saying “That was SO SCARY!”. Another girl drops the same line as me, hits an air I didn’t notice before and gracefully pulls into the finish. Everyone is sending it and there is so much stoke and relief at the bottom as other girls go bigger and bigger off of cliffs. There is no competition, only hugs and high fives. People are triumphantly picking each other up off of the ground in an embrace as they ski into the corral. Beers are handed to competitors from other competitors and everyone is smiling.

I felt electric with stoke on the drive back to Tahoe. What if i started skiing the big cliffs that the other girls were skiing? What would it take to place on that podium? The 11 hour drive home affords me the time to contemplate. I had gained an air of confidence not from what my skiing ability currently was, but from what it could be. The girls and guys that had high fived me even though my airs were literally a fraction of the size of theirs lead me to believe that confidence--and community-- could afford great things. I have always told people that I don’t compete to win--just to ski and have fun. But the fire that the more serious competitors had was contagious and I may just have to start thinking about that podium for my next comp. I guess I’ll find out.