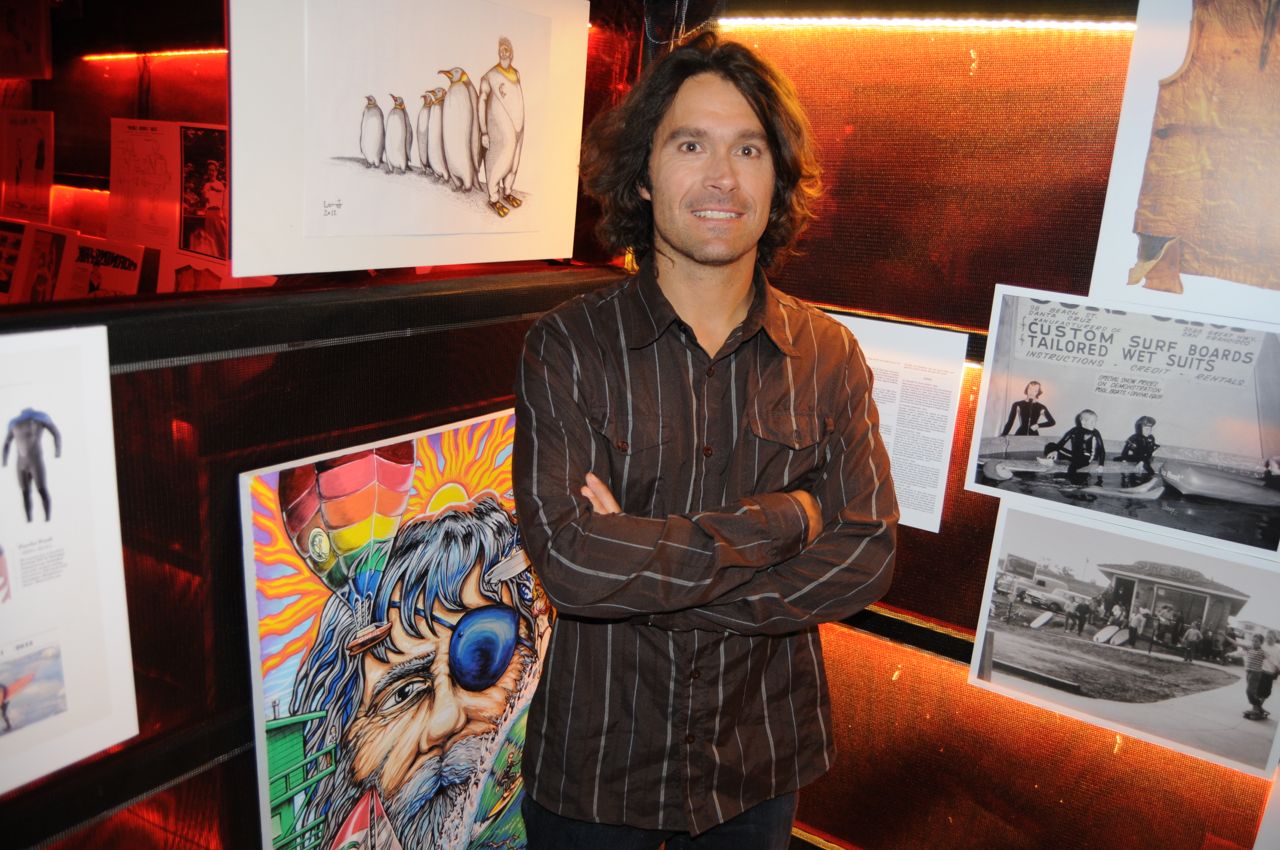 Jeremy Jones stands in front of the O'Neill 60th anniversary art exhibit Wednesday at the Further premiere at the Highline Ballroom in New York City.

O'Neill and TGR hosted the premiere of Jeremy Jones' new snowboard adventure film 'Further' on Wednesday, Oct. 10, 2012, for a packed house of fans at the Highline Ballroom in New York City.

Guests witnessed Jones and his team conquer mountains across all corners of the globe, including Japan, Austria, Norway and Alaska, during the inspiring full-length film, the second in the Deeper, Further, Higher trilogy. The O'Neill 60th anniversary art exhibit was on display all evening and Jones signed limited-edition movie posters. Those on hand were also treated to prizes, including O'Neill apparel and Jones Snowboards, along with a performance by reggae band 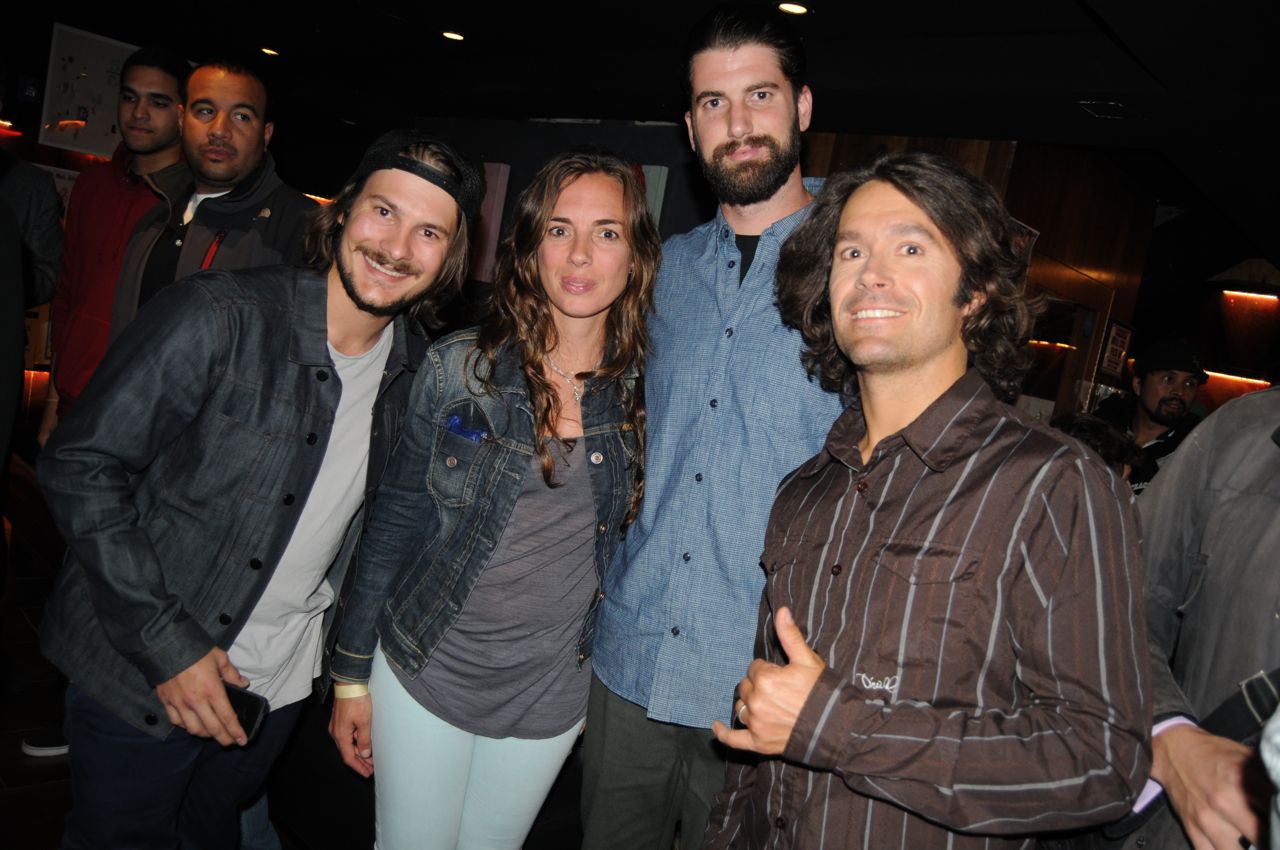 Jeremy hangs with some fans. 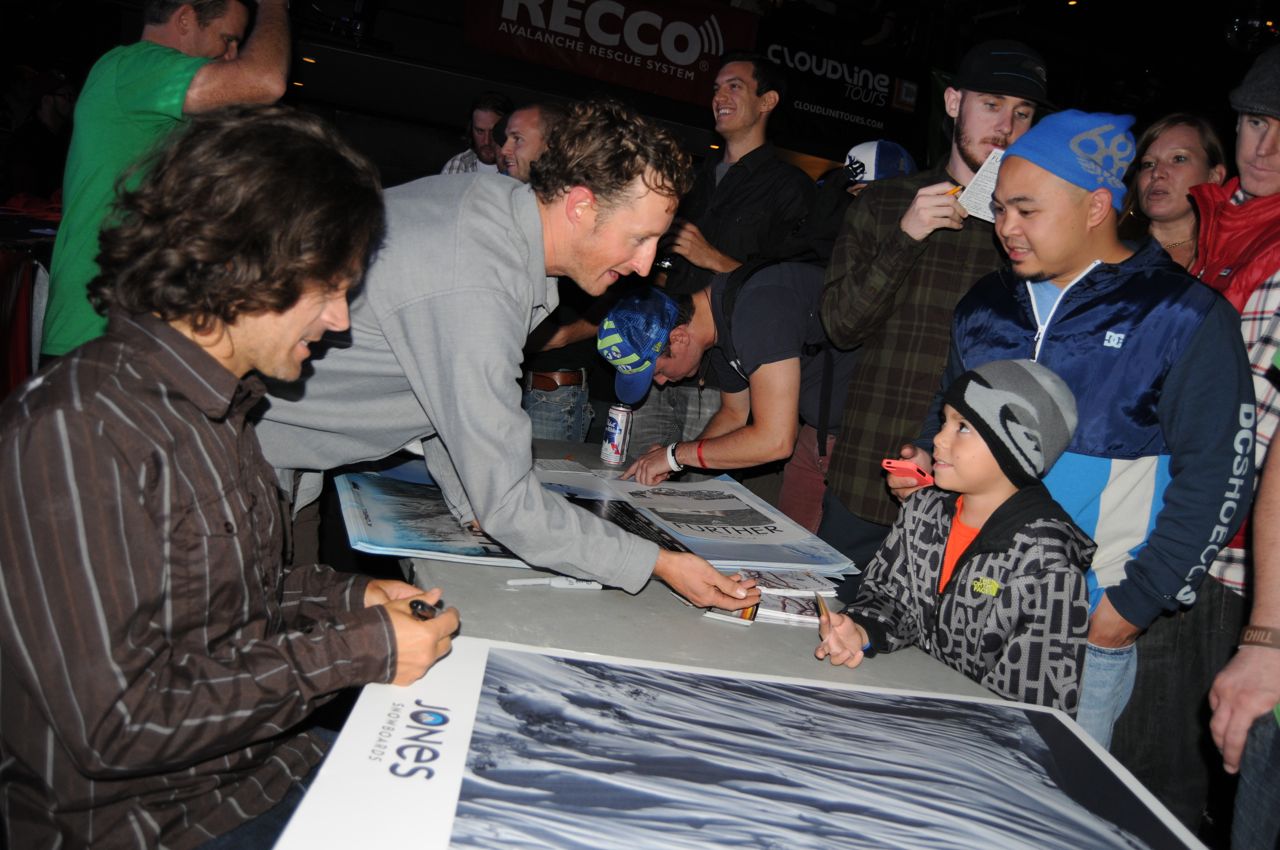 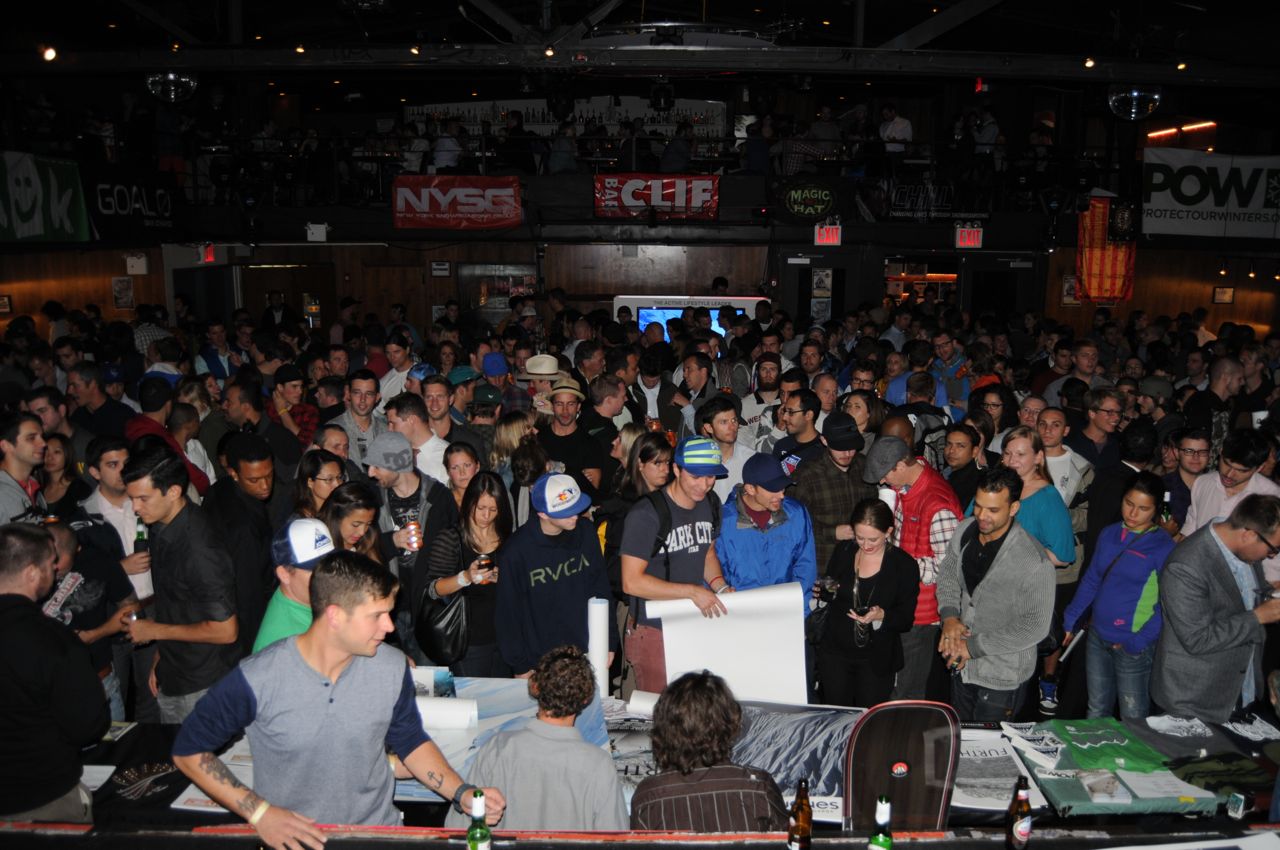 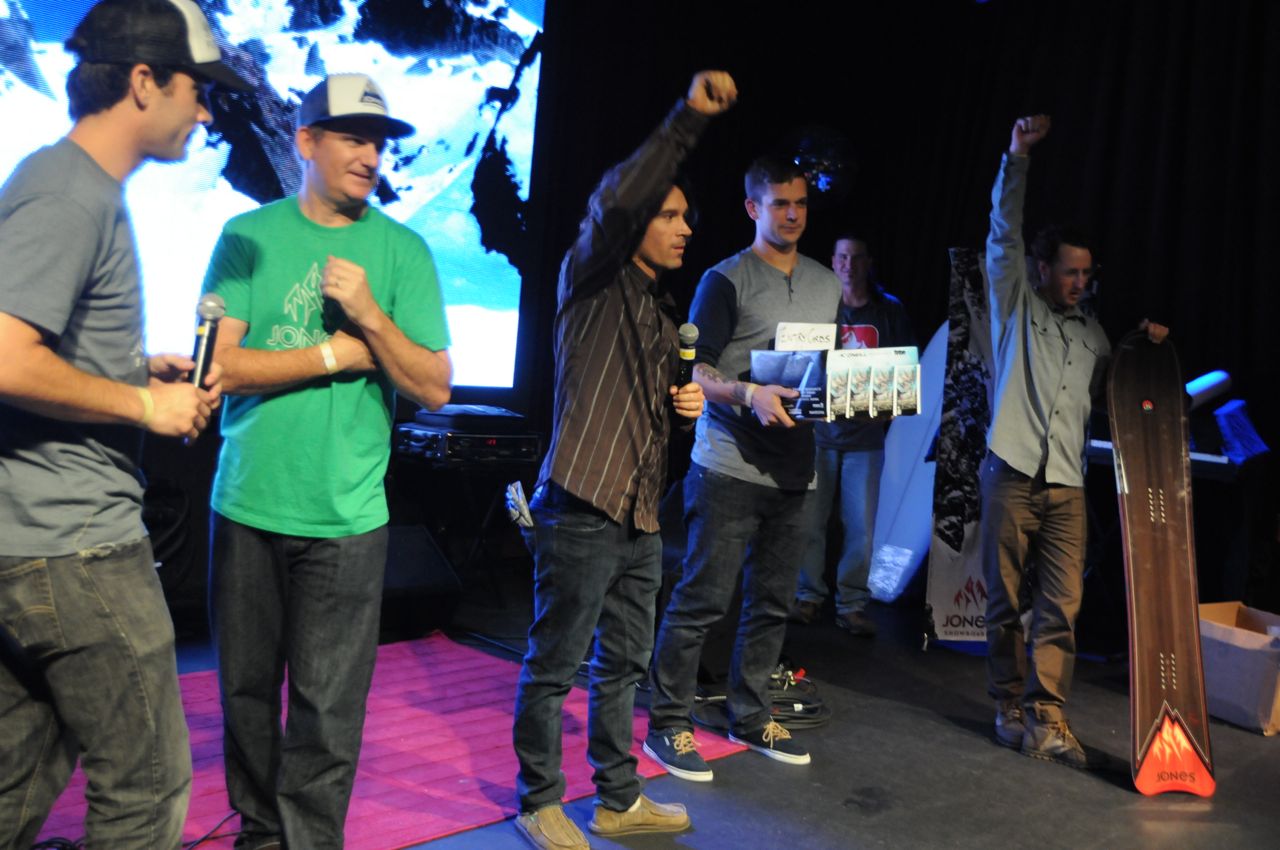 Pumped to be in NYC. 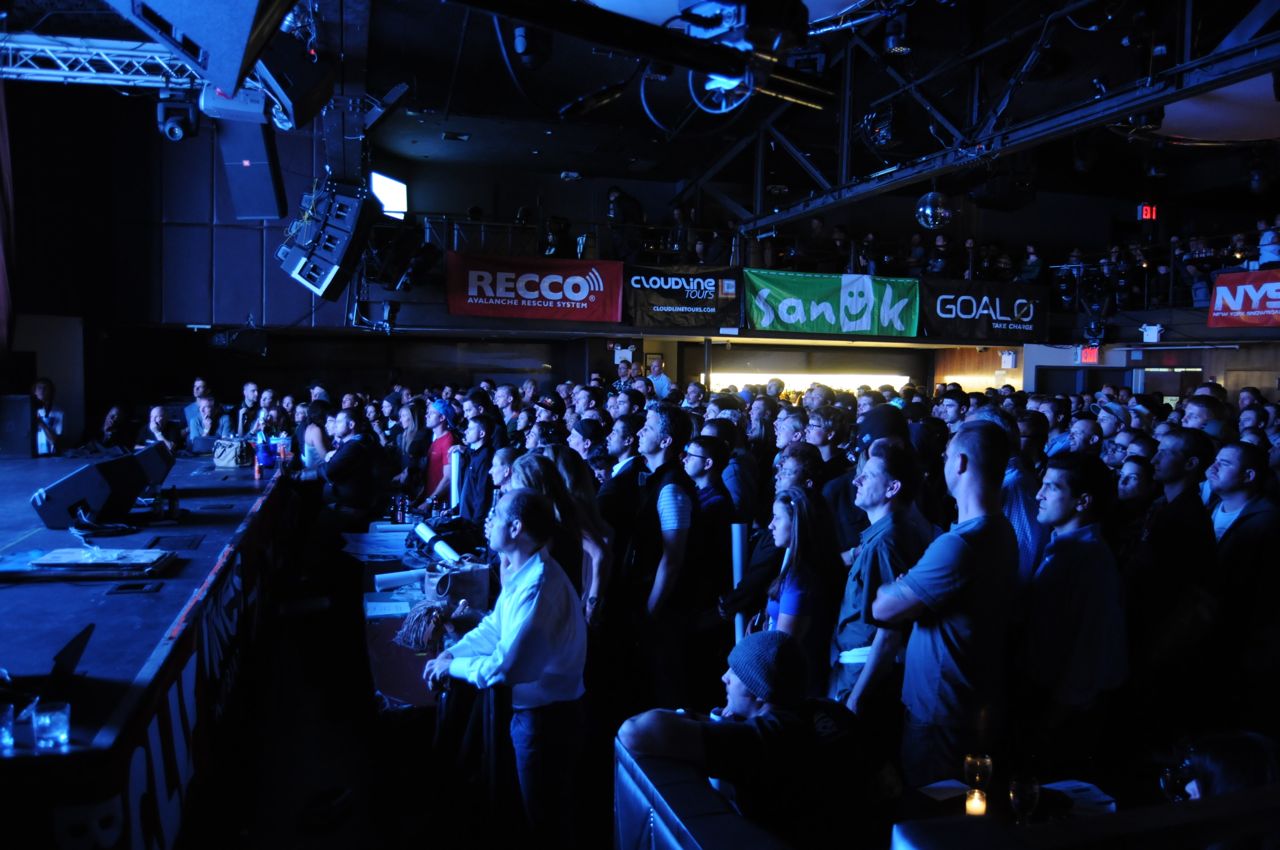 The crowd takes it in. Now it's time to ride.