Jim Reynolds Free Solos Up and Down Patagonia's Fitz Roy 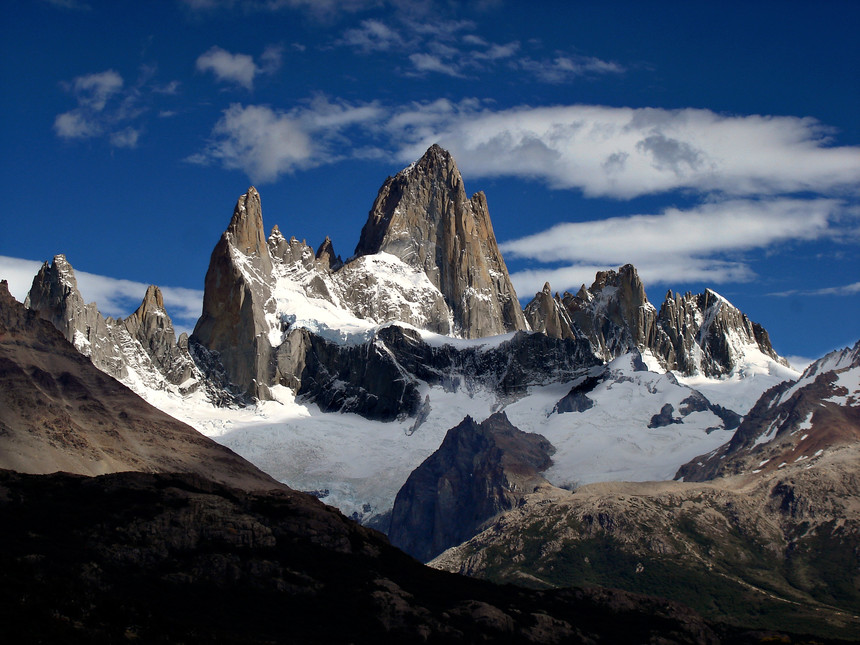 It's safe to say that free-soloing has caught the attention of the non-climbing public. If nothing else, the success of Free Solo has catapulted Alex Honnold into the spotlight and introduced millions to his perilous athletic achievements. However, he's not the only accomplished free-soloist on the scene.

In what National Geographic is calling "the biggest free solo of the year," 25 year-old Jim Reynolds summited and then down-climbed the 5000 foot Afanassieff route on Fitz Roy without any safety gear. The ascent and descent took Reynolds approximately 15.5 hours, the majority of which was spent on the down-climb.

Even soloing is not done alone. Huge appreciation to all the people who have been a part of my journey recently and over the years. Much love for the communities of El Chaltén, Yosemite, Bishop and Trinity. Check out the link in my bio to read Nat Geo’s excellent article. ****************** My suggestion is to strive for two things in this world: The creation and propagation of the highest level of art, beauty and love that you can imagine, and to support others in their pursuit of those things. ******************* My art (as for many climbers) is the combining of our humanity with the splendor of raw nature. It is to dance through a painting. I don’t think climbing has to be selfish. It is a way to fill my cup of joy til it overflows into the rest of the world. It is gathering as much positivity as we can from the mountains and bringing it back to share amongst the people. So whatever your thing, go out there and do it!!!!!!!!!!!! **************** Photos are mine or Tad McCrea, who has been a hugely impactful teacher and great friend in my time down south #beingtowardslife #climbing #patagonia #Fitzroy #rockclimbing # Alpinism #alpineclimbing #freesolo #love #sincuerda #Argentina

Reynolds completed the climb while carrying a rope, but later realized that he had forgotten his harness and belay device back at camp, rendering the unused rope useless. Dean Potter free-soloed Fitz Roy via the Supercanaleta route back in 2002, but he rappelled the descent. In an interview with National Geographic, Argentinian climber Rolo Garibotti drew a stark comparison between Potter's and Reynolds' climbs: "I think what is so special about [Reynold's ascent] is the ethical purity of it," he said. "You could technically argue that this is the first free ascent of Fitz Roy." However you feel about the significance of a down-climb vs. rappel, it's undeniable that Reynolds' free-solo of Fitz Roy is a remarkable achievement.