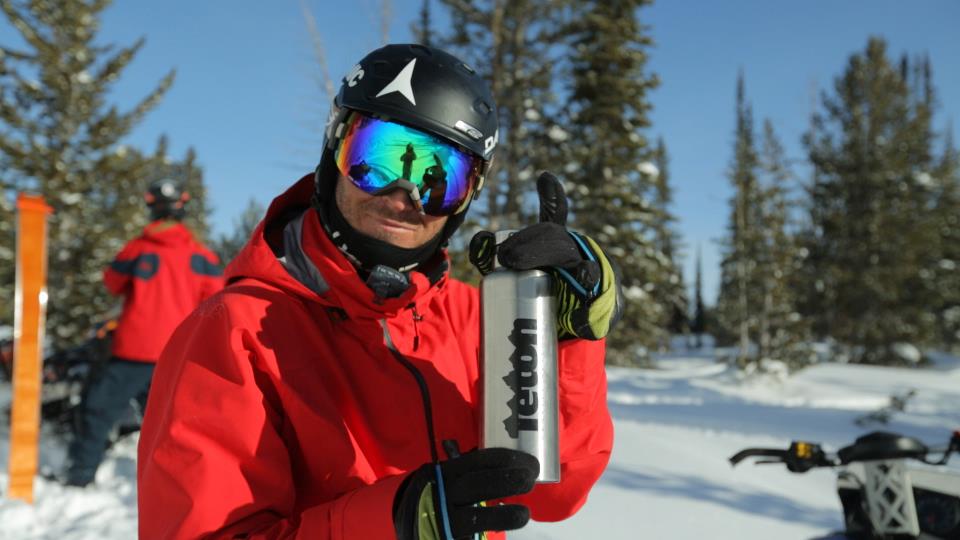 TETON VILLAGE, WY—Teton Gravity Research announced today that it will begin distributing its long awaited DISCHARGE energy drink at the start of July.

The company, once known for inspirational snow sports films and hanging Death Star replicas off the front of helicopters, is diversifying its offerings after lackluster performance across the snow sports industry. “It’s basic economics,” says TGR CFO Brett Mounds. “Ski sales are going down and obesity and diabetes are sky rocketing. The public has shown what it wants, and we’re delivering.”

“We’ve noticed a serious gap in the energy drink market,” proclaims Mounds. “Nobody is using action sports as a thinly veiled marketing ploy to attract gamers, gas station attendants, soccer moms, or the elderly just wishing their lives were more fulfilling. Closing your eyes and slurping down some DISCHARGE can do that.”

TGR has taken its time perfecting the formula for DISCHARGE, spending “at least three days on testing,” according to new Energy Drink Division Commander Scott Gnartels. “The formula for DISCHARGE was designed for our forum users, who actually spend most of their time playing World of Warcraft. It has caffeine, taurine, ephedrine, some other drines and sugar. It’s got a unique color and consistency our forum users are already familiar with. No other energy drink can offer similar performance.”

TGR is hoping to hit a bigger audience through clever packaging. Gnartels hopes that selling DISCHARGE in a rugged screw top aluminum bottle will attract “those Prius-driving yuppie pricks” and “outdoorsy Timothy McVeigh types” as well.

“Let’s be serious here, actions sports don’t get sold through actions sports any more, energy drinks do,” states Gnartels. “People already wear our logo on their helmets, they’ll drink our DISCHARGE too.”

The hardest part about launching DISCHARGE has been finding the perfect slogan according to Gnartels. “We really had to figure out the brand. We are Teton Gravity Research. We’re all about going down. All of us. We all go down as much as possible.” The brand eventually settled on: “Going down? Drink Discharge.”

DISCHARGE will be sold for $3.99 a bottle and a small portion of proceeds will be donated to TGR’s staff supply of insulin.