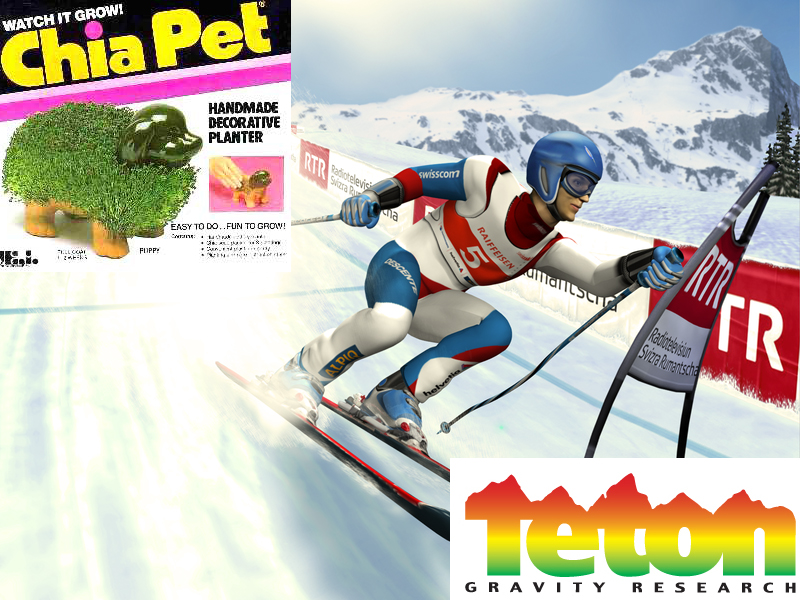 TETON VILLAGE—Teton Gravity Research--the FOX NEWS of action sports, announced today that it’s next high adrenaline, action packed, super meaningful and inspiring snow film will be made entirely with computer-generated imaging, or CGI, and powered by personal plant industry juggernaut Chia Pet. To get the lowdown on such an innovative new product, Ketchup Soup caught up with TGR Executive Producer Jeff Erry.

Ketchup Soup: So Mr. Erry, how will this project be different for TGR than previous work?

Jeff Erry: This project is going to be revolutionary in every way. For starters, it’s going to be an unprecedented three-year project. But what is most game changing about this entire project, is the fact that it will be entirely digitally animated. Live footage is obsolete, we knew this the minute we saw the movie Avatar.”

KS: Fascinating, I’ve been wondering what the next evolution of the two-year project was.

JE: It took a lot of thinking and hundreds of dollars in research for sure.

KS: So why did you partner with Chia Pet?

JE: Chia Pet makes the perfect plant product for the action sports enthusiast. They don’t require a lot of attention, and they tell the world that you’re not likely to partake in one-night-stands and fart jokes. Action sports plants are a must for everyone, and Chia Pet is at the front of the game.

KS: What are the benefits of going CGI?

JE: We can have all the helicopters we want in CGI, and no one can complain about burning jet fuel. But seriously, it’s the most green way to make a ski movie. We’re actually doing the entire project inside of a biosphere where we will produce zero emissions and live of farmed fish and kale raised on our waste. 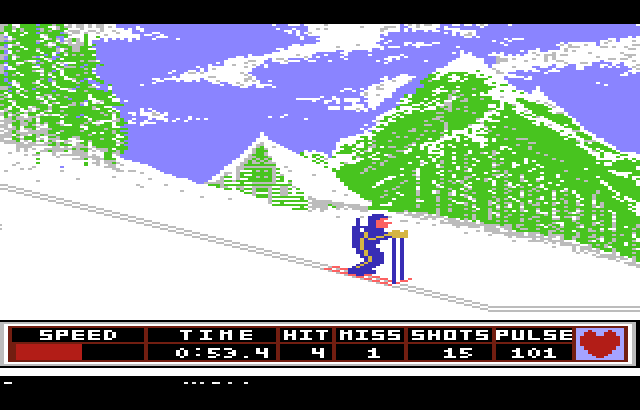 KS: So will the movie have an environmental message?

JE: That’s not really the point. The biosphere thing is more of a teambuilding exercise. We heard James Cameron tried it once.

JE: The real benefit here is the limitless possibilities of CGI. No more waiting for powder days, no more limits of physics, nothing. Imagine the perfect run, with with the perfect conditions. Now imagine a simulation of your favorite skier shredding it. Yeah, that’s about to be real. Think the movie Avatar, but with more skiing.

KS: Does TGR have any experience with CGI before this?

JE: We’ve actually been adding height onto a few of our cinematographers for years, and one of our athletes is actually a fictional character entirely.

KS: So how does the process work?

JE: Well, we’re still very serious about progression, so we gather all the athletes and everybody and just talk about the tricks we’d like to see and the environments we want to see them in. Take for example Tim Durtschi, He’s always wanted to switch quadruple cork 1980 over Chad’s Gap, but he’s also wanted there to be a pit of sharks on the knuckle, and Baseball Legend Mark McGwire to high five him at the bottom. With CGI, we can do that. The best part is that CGI Mark McGwire isn’t a cheater, so he isn’t the one who broke your heart. Who needs to go find the elusive soul of skiing when you can get a loveable Mark McGwire and Sharks? 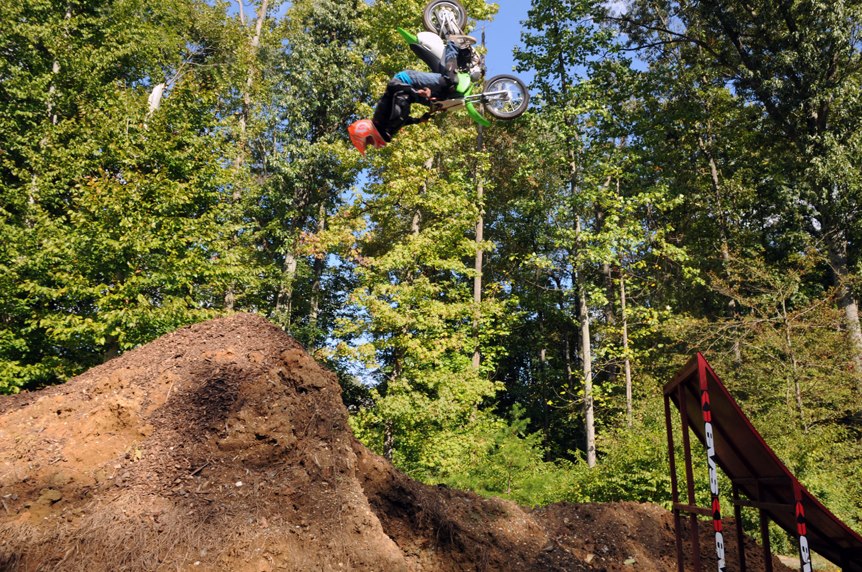 KS: That is an incredible conclusion to come to.

JE: It’s just the beginning. One of our athletes actually wanted to do his entire segment on a dirt bike, and the footage of him riding pillows down Mt. Everest is simply mind-blowing. We even brought Micah Black back as an entirely crowd-sourced character. We’re really blowing the doors off what’s possible in a ski movie, just like Avatar did with the major motion picture.

KS: Will you ever shoot live action ever again?

JE: Why would we shoot urban rails in Alaska when we can create an entire ski movie on the Death Star?

KS: That is a great point Jeff.

JE: Can I go now? I’ve got a future to illuminate.