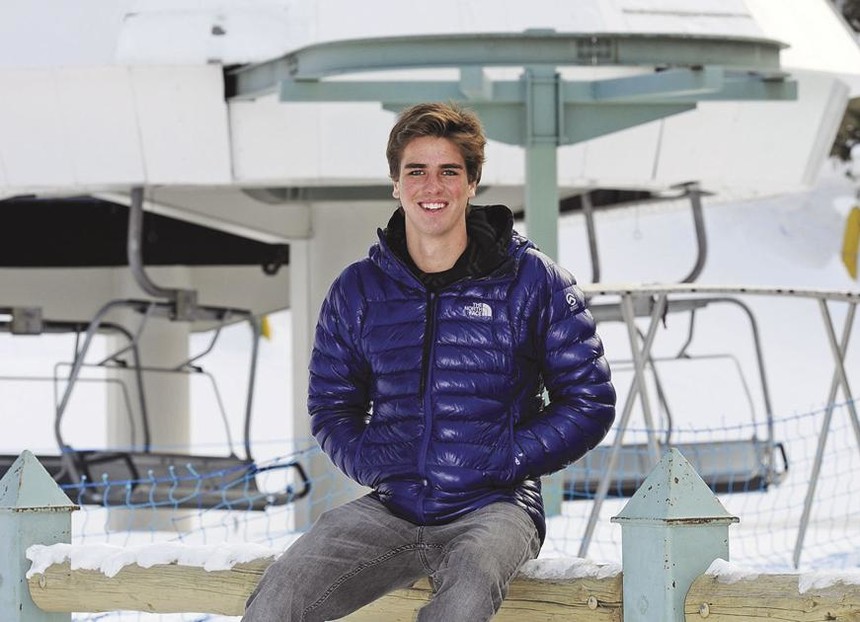 Wyatt Minor sits at the base of the Greyhawk lift at Sun Valley. Idaho Mountain Express photo.

Most 18 year-olds are more concerned with their Instagram following and class schedule than snow safety, but Wyatt Minor isn’t most 18 year-olds. He was practically raised on the mountain, unsurprising considering that his father owns and operates a classic onslope apres-spot. The Sun Valley, Idaho local has been instrumental in saving the lives of two skiers over the past two seasons, simply by being observant and being in the right place at the right time. So, how exactly did the teen become a hero at his local ski hill?

This past February, Minor was skiing Sun Valley with friends, a regular occurrence for the avid skier. It had snowed 30 inches of blower pow, and Minor had met up with a group for some morning laps. “We were riding up the Challenger lift and I saw something moving in a cluster of trees,” Minor recalls. “I took a closer look and it looked like the tip of a pole wiggling around.” Immediately realizing what had happened, Minor called ski patrol from the lift. “There’s someone in a tree well on the left hand side of the Challenger liftline near tower 20,” he told them. After alerting patrol, he yelled down to a skier on the run below. From there, all he could do was anxiously await the chairlift’s terminus. 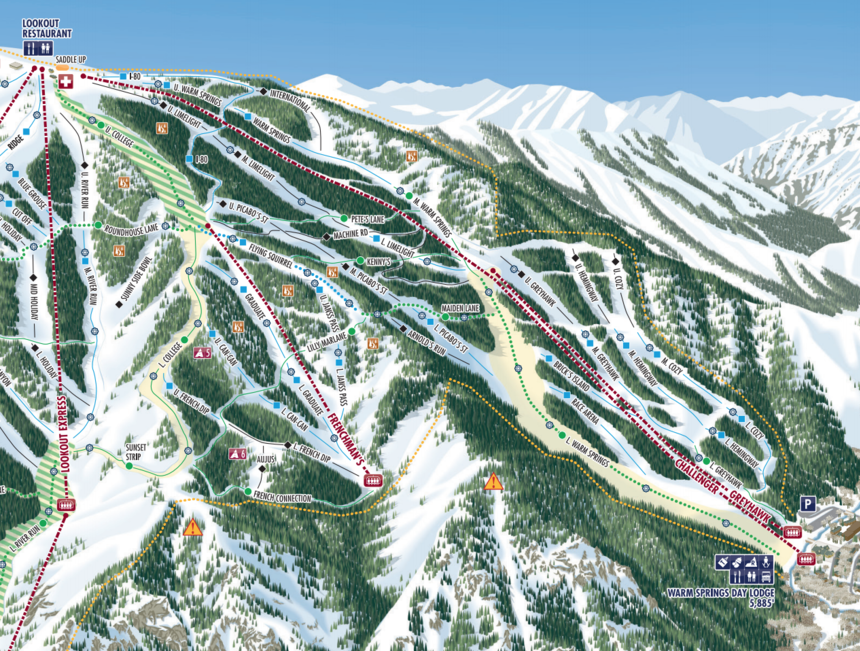 For better or worse, Minor is no stranger to dealing with ski patrol. One morning last winter Minor was skiing with friends on the upper mountain. The group was cruising down I-80, a mellow and winding blue, when one of them caught an edge in exactly the wrong spot. “She flew off the edge of the run and landed right on a stump,” said Minor. Upon seeing the crash, Minor immediately called ski patrol. When they arrived, he helped them stabilize and then transport his friend down the mountain. After driving her to the hospital, he found out that she had broken several vertebrae in her fall.

Related: 'The Fifty' Team Breaks Down A Remote Backcountry Rescue

Once off the lift, Minor met the patrollers who he’d called earlier and told them to follow him. After straight-lining down to the cluster of trees, he saw the skier to whom he had appealed for help earlier. The skier had, in fact, located a man in a tree well exactly where Minor had spotted movement from the chairlift. As a team, Minor and the patrollers pulled the man out of the deep well. “It was an older man— he was purple and totally unresponsive when we first pulled him out,” said Minor. “After a few moments he began breathing. We found his pass and started yelling his name to hopefully bring him back to consciousness.” Ski patrol put an oxygen mask over his nose and mouth, and after several minutes he was breathing normally and responsive. “He wanted to ski down on his own,” remembered Minor. “Obviously, we told him to stay still and put him on the toboggan, then got him down to the waiting ambulance.”

“He called me a few days later,” said Minor. “It turns out that we are actually distant family friends, weirdly enough.” Paul, the snow-entombed skier, said that he felt as though he was in a straightjacket, almost entirely unable to move. He was trying in vain to clear a space around his mouth when Minor saw the slightly moving pole. Patrolman Dominick Conti, in an interview with the Idaho Mountain Express, couldn’t overstate Minor’s role in the rescue. “[Paul] was minutes, if not seconds from not coming back. To me, there’s no question Wyatt was instrumental in saving [his] life. I’ve known Wyatt for a long time. I’ve seen him grow up. I can’t stress enough how proud I am of the kid.”

Everyone in town found out pretty quickly, and Minor ended up giving a presentation to local middle-schoolers about onslope awareness. “Being directly exposed to the dangers of skiing has definitely elevated the safety aspect for me,” said Minor. “I’m almost always wearing my beacon while skiing, and I’m always keeping an eye out for people who might be in trouble.” In terms of advice to other skiers, Minor simply urges people to ski with a buddy and be aware of what’s going on around them. For more information on tree wells, see this blog post from Whistler Blackcomb.