8 foot and peeling, double overhead, 4 foot Hawaiian? Judging and communicating wave sizes can be a tricky business – different scales and methods abound, and everyone has their own peculiarities. 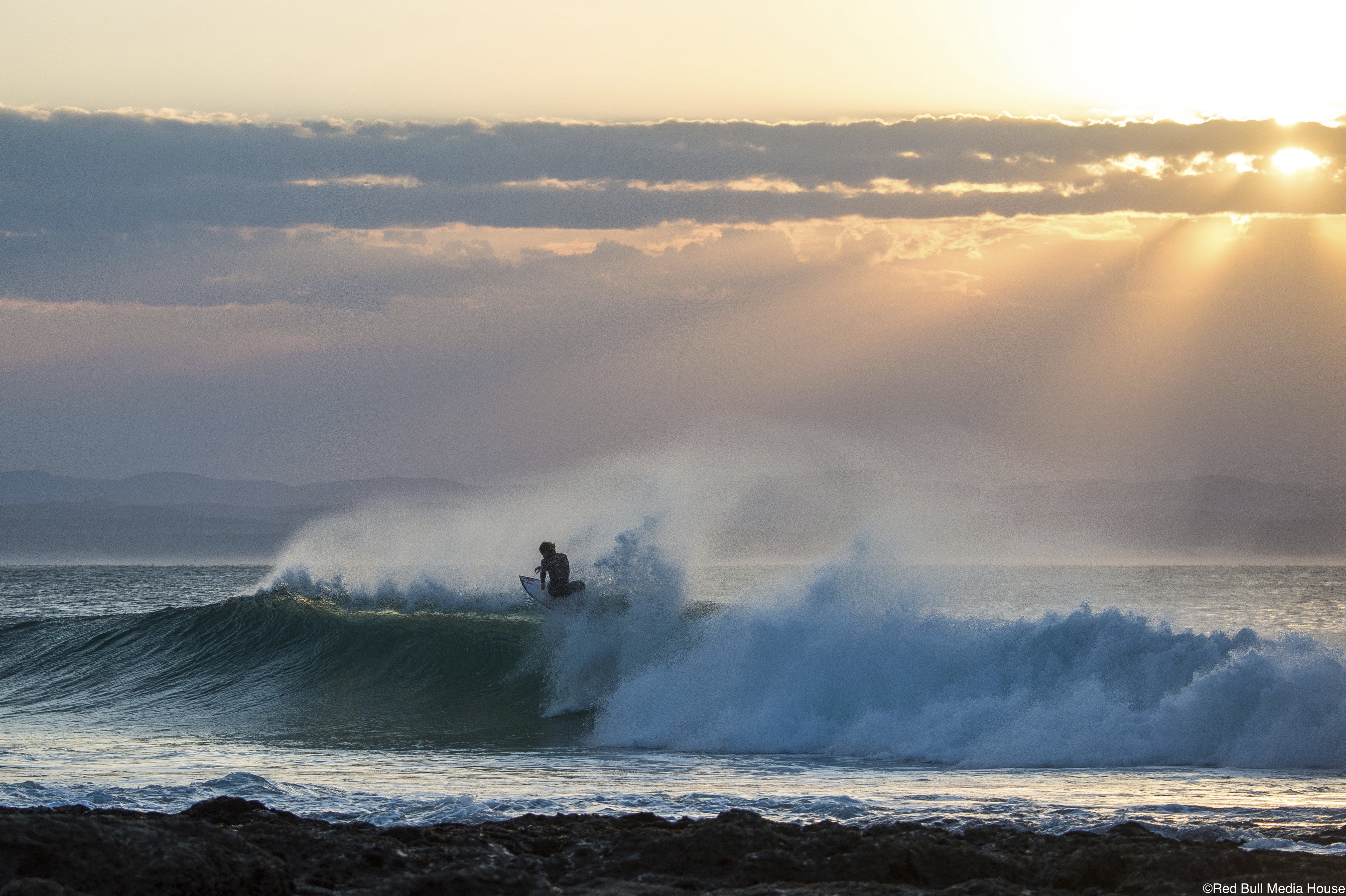 Some surfers tend to exaggerate like fishermen (it was THIS big!), while the more nonchalant prefer to play it cool and understate sizes. We’re an odd bunch, and amid the mix of egos, trends and flavours of the month, perspectives shift around as much as the peaks at your local beachie. Things get even more complicated when you consider where you view the waves from, or try to judge from photos and videos. The only constant is that the waves were ALWAYS better yesterday!

Judging wave sizes is inherently open to bias, as much depends on the individual’s experience and perspective, and where you view them from – everything looks and feels much bigger from the lineup than from the cliffs above!

In general, there are two main scales to measure waves:

Hawaii’s monster waves breed some of the gnarliest surfers on the planet, who need their own equally gnarly method of judging sizes. The Hawaiian scale understates the size of waves – a 6 foot wave in normal parlance might be called 3 foot Hawaiian. The reasons for this are murky and controversial – some claim that they measure the backs of the waves, while others say they simple halve the size to deter the tourist crowds. While they seem to like it, the scale becomes problematic when you consider heavy slabs like Teahupoo – the back of the wave can be relatively small, while the face sucks water in, forming a bowl-like pit of doom that far exceeds the power and size the Hawaiian scale would suggest. Which is probably exactly what they they were shooting for…

Most of the world works on the face scale – the height of the face of the wave from peak to trough. This is generally more useful and intuitive for most surfers, as it is the part of the wave that we actually ride. As wave and set sizes vary even during the same swell, it’s normal to estimate the average wave size – therefore if your buddy tells you the waves were 6 foot, you might assume they were 4-8 feet. Unless you know he’s a barefaced liar, in which case halve that…

We can use surfers riding the waves to help estimate the face height – if a surfer is 5 foot crouching, then a head-high wave will be approximately 5 foot. On bigger waves, we can stack the surfer up to gauge the real size – if we can stack 4 crouching surfers above each on the face, we have a 20 foot wave. 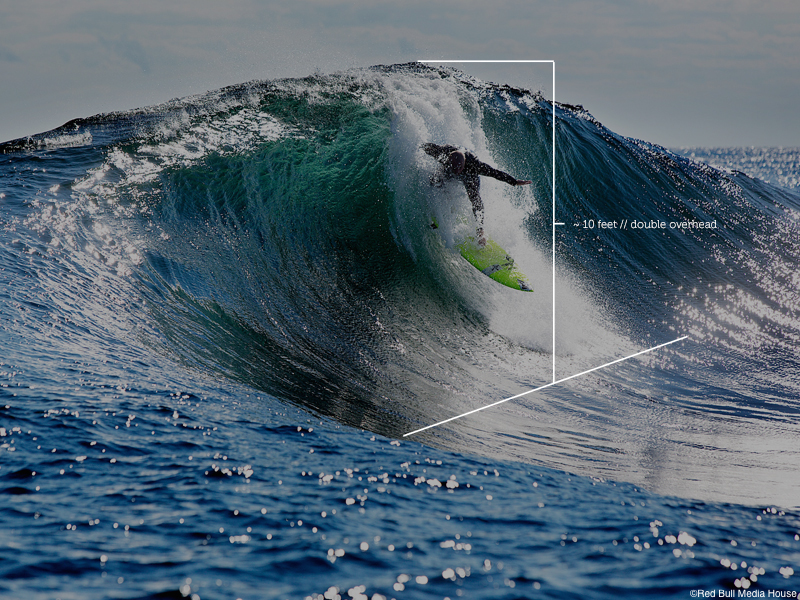 Judging wave sizes is inherently open to bias, as much depends on the individual’s experience and perspective, and where you view them from – everything looks and feels much bigger from the lineup than from the cliffs above! Things get even more distorted when looking at photos and videos – photographers are very adept at making waves look bigger and more impressive than reality!

Much of the debate is fairly superficial, of course – outside of the small and artificial world of competitions all that really matters is whether you’d go or not

Perhaps the best example of this is the Portuguese monster Nazare, a touchy subject within the big wave community. The waves are undoubtedly HUGE, with claims of 100 foot waves ridden, but the controversy lies in just how huge. The problem is that most photos are taken from the overlooking cliffs. The faces of the waves are almost incomprehensibly big, yet as the wave isn’t as steep as other big wave spots like Jaws and Mavericks, the apparent face length often exaggerates the real face height. This isn’t such a big deal for normal surfers in normal waves, but makes life hard for the Billabong XXL judges, for example. 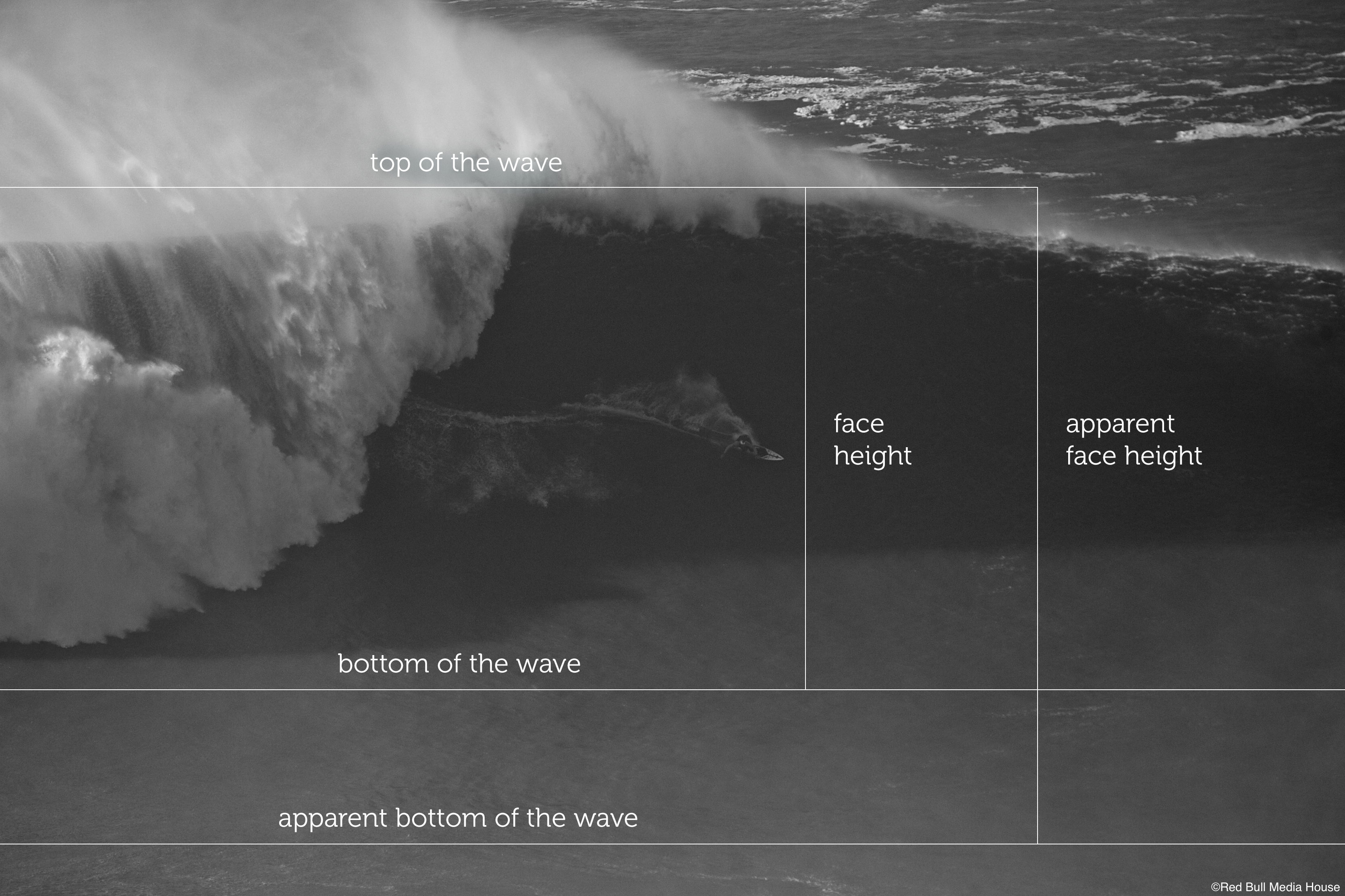 Which brings us to the second point: is face height really the most important feature? I’ll make no bones about it: Nazare is simply enormous. It’s a huge, mountainous, mammoth of a wave - pure Armageddon, and utterly deadly; the surfers who dare to ride the incomprehensibly vast mounds of water there deserve all the respect and accolades they get. And yet, is it as - or more - difficult and dangerous as a more top-to-bottom wave like Jaws? The lip at Nazare often tends to crumble down, and it’s rare to see it really pitch out and break to the bottom. While it deserves way more respect than the contemptuous ‘mush burger’ label some like to apply to it, it’s a fair point that we’re not always really comparing like for like, and that a lot of the face isn’t actually steep enough to ride.

What about speed, power and mass, though? They all contribute at least as much to how big and dangerous a wave really is, yet are much harder to quantify (short of a load of expensive wave buoy and remote sensing technology). Just picture the lip on Chopes hitting a human body… If they’d known about it, the French wouldn’t have needed the guillotine during their revolution! 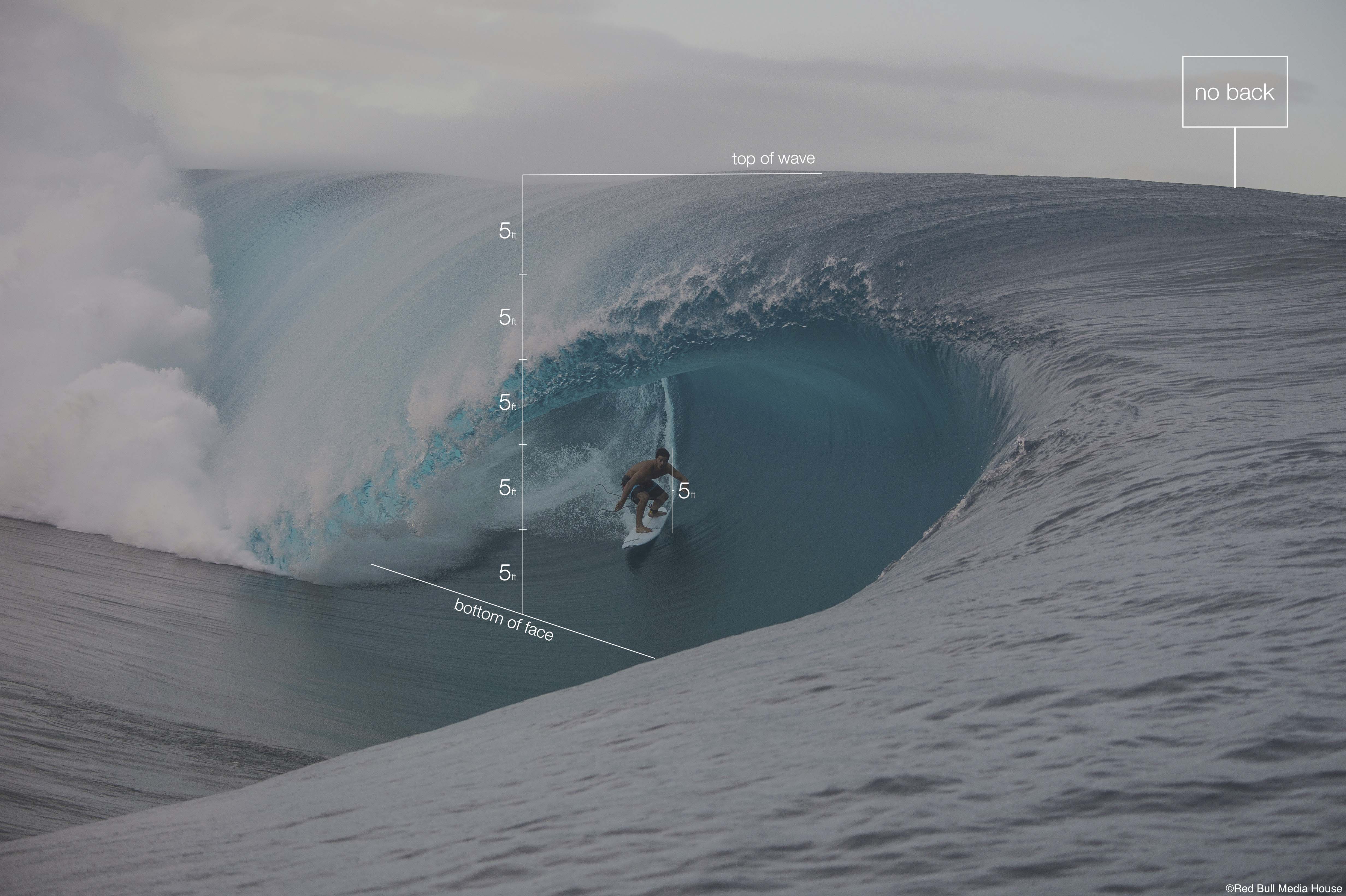 Much of the debate is fairly superficial, of course – outside of the small and artificial world of competitions all that really matters is whether you’d go or not. Whether the waves look like your idea of fun, or cavernous death pits you want no part of, and for the most part numbers don’t do a great job of communicating that. Sure you need to know the size of the swell when reading the forecast to decide where and when to take your next trip, but once you’re actually at the beach looking at the lineup do you really care if the waves are labelled as 4 foot, 12 foot or 20 foot? Chest high, overhead and triple overhead are a more useful representation of what the ocean is throwing at you – then you just need to decide whether they’re a ‘yes or no’ for you.

In light of that, we’d suggest the following simpler and more descriptive scale:

1. Not worth getting out of bed for

3. Better than a whack in the face with a rusty poker

What do you think?