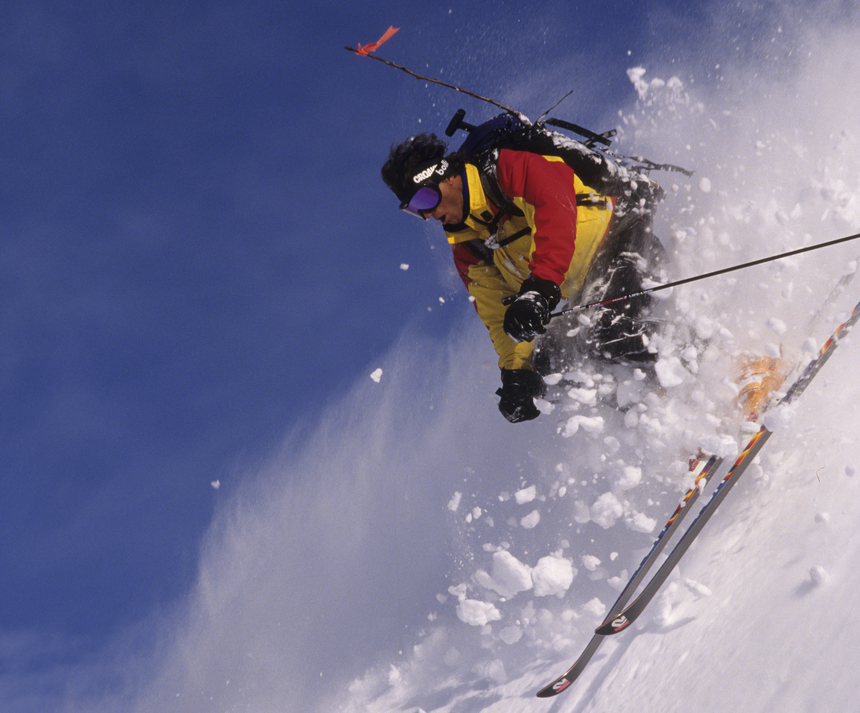 As you may recall, author Robert Cocuzzo published a biography about the late, iconic Doug Coombs titled Tracking the Wild Coomba, back in 2016. The book is part biography and part love note to a childhood idol, told through an exhaustive firsthand process: In order to properly reconnect with his childhood ski hero, Cocuzzo spent five years retracing Coombs' steps from the chutes of Jackson Hole, Wyoming to the steeps of La Grave, France.

The reception to the book has been overwhelmingly positive, and in response to demand, Cocuzzo released the audio book version of Tracking the Wild Coomba in January. It was a major moment for Cocuzzo, who told TGR the audio book release was important for him because, "It’s appropriate for ski trips. This is a book I would have loved to listen to as a kid driving three hours up from Boston to New Hampshire to go skiing."

TGR caught back up with Cocuzzo to talk about the release of the audio book, and to hear a bit more about the wisdom he gained chasing the legend of Coombs for a half-decade.

TGR: So, the story read very much like an homage to a childhood hero. Can you remember the one "oh, shit" moment of Coombs' that caught your eye?

RC: I remember it clear as day and I write about it in the book. I remember this video clip from the early TGR days when Todd [Jones] and Steve [Jones] were up in Alaska filming in the late afternoon light. And there's just this shot of Doug tearing down a peak in Valdez.

When the shot starts, he's this teeny dot on a mountainside, but as the camera zooms in it's just mind-blowing. In the shot he exemplified all the aplomb and control you dream of having as a skier. I'll always remember that clip; whenever I see it I still get goosebumps. The fact the clips still holds power over me is what is so striking to me.

There was also this hilarious scene in the World Extremes contest in Valdez in '92.It was such a goofy scene, where on the broadcast they showed all the different skiers kinda piecing their way down the mountain and then Doug gets up there, and it's just a whole different sport.

What about his personality, beyond his skiing, do you think grabbed you as a kid?

DC: He had this childlike enthusiasm he maintained his whole life, and you really have to work hard to keep that optimism and positivity. And I think that comes from following your own direction in life and he was the king of that.

Whether he was poaching backcountry at Jackson Hole and outrunning ski patrollers as a member of the Jackson Hole Air Force, he was passionate about it all. That's what always shined through. 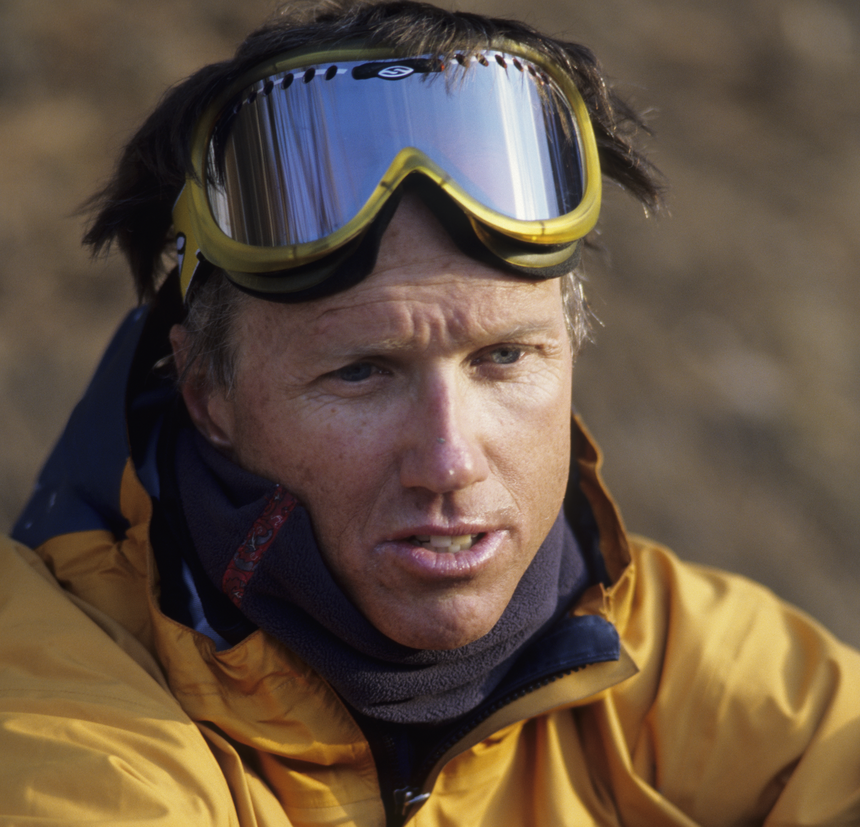 Coombs in his adopted hometown of La Grave in 2004. Ace Kvale photo.

Today, you get a lot of skiers and snowboarders who just do it for cameras or for their sponsors or whatever. That wasn't Doug, he didn't just ski for the camera. He was an elite guide, he achieved the top guiding certification in the world in his forties, which is nuts. That's like somebody joining the PGA tour at age forty and playing against Tiger Woods. He was an expert skier but also a pure alpinist through and through and he wanted to share that. He didn't just make first descents, he guided others down them.

What was the hardest part of making the book?

RC: I think the years of travel and research were hard, but as far as the most terrifying moment, I was nervous as hell meeting his wife Emily for the first time.

I had this whole vision on how I would try to pitch the project on her the first time we met, and it would perfectly presented. But it all ended up being very impromptu: She just invited me to go skiing with her one day in Jackson Hole.

I was just sitting there thinking, "Holy shit, I'm here on a chairlift with Doug's wife, who was the World Extreme Skiing champion in 1993, who was one of the spearheads of Valdez heliskiing, and I'm skiing with her." 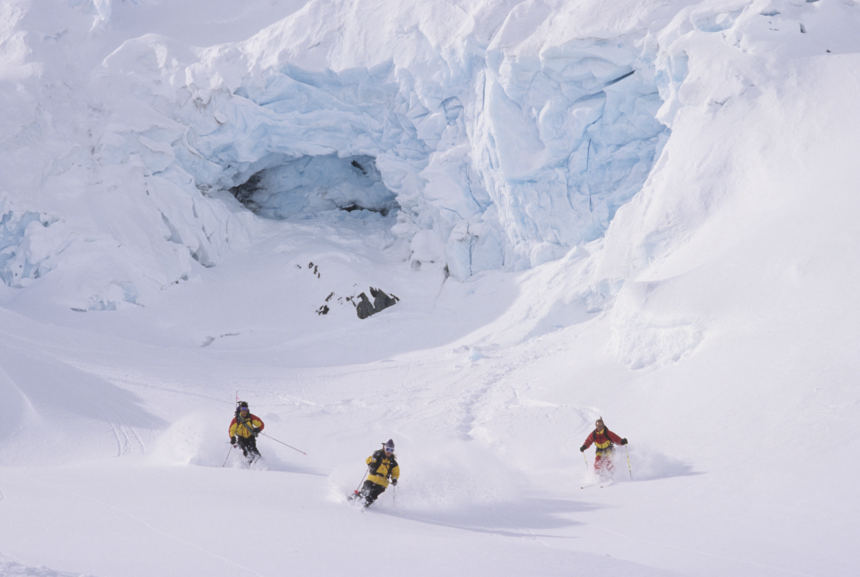 So I pitched the idea to her and we had many conversations about it and the book, and she gave me her blessing to pursue it and ultimately became the most important part of my research. Without her it might not have been possible. Honestly, without Emily, Doug Coombs' whole career might not have been possible. He had all the talent, but she had everything else as far as getting his career off the ground and helping him really market himself.

What was the most surprising thing you learned about Doug in your research?

RC: It's hard to say because I never met him, but I think just how multi-faceted of a person he was.

I had this idea Doug was this larger-than-life figure and in many ways he was. He was gregarious and outgoing and really drew this large flock of people everywhere he went because everyone wanted to spend time with him and he could be the life of the party.

But he also had another side to him, where he was pretty shy and aloof and goofy and just wanted to be by himself. You know, there was stories of him in college where he and all his buddies would drive to the mountains, and they'd get there and he'd realize he forgot his ski boots. It wasn't malicious, it was just who he was as a person. 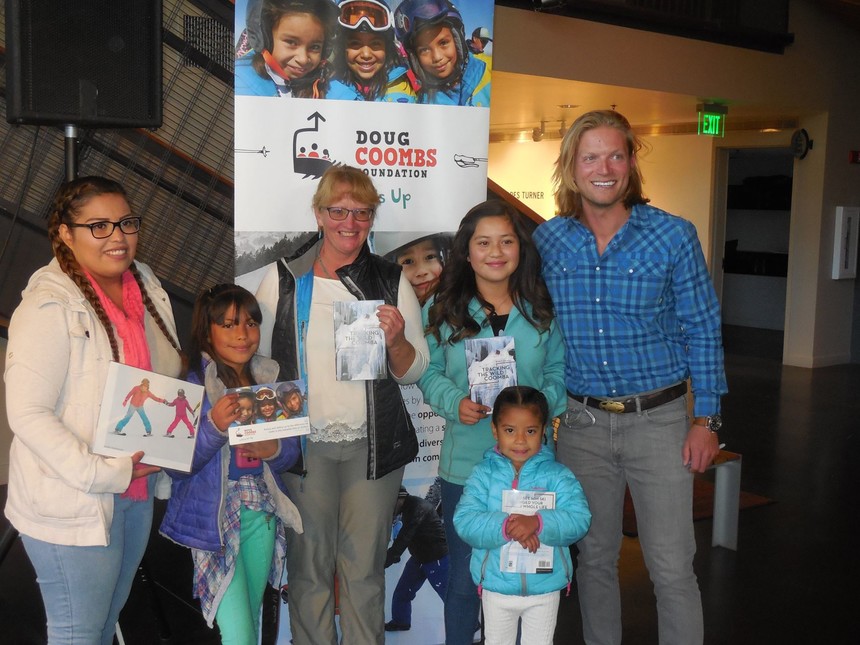 Cocuzzo (right) says meeting Emily (middle) was a nerve-racking moment for him, but that he ended up being the most important figure in developing the book. Robert Cocuzzo photo.

That's why I say Emily is the most important thing that ever happened to him.

She was always this warm, loving rock for him to retreat to. She was really accepting of his lifestyle which was important for his success. He knew it wasn't a safe lifestyle–skiing big mountains all the time–and his family didn't really want him to do it, but Emily supported it. In a lot of ways she had to sacrifice her own pursuits to make his career happen, and in doing so they became a strong unit together. That's why I say he may have achieved the same hype he had as a skier without her, but he wouldn't have been the same person.

If you were have to condense Doug's life into a handful of pivotal moments that turned him into the figure he was, what would those moments be?

The first is when he broke his neck as a young kid in a ski accident. He had his neck fused and had to wear a halo brace, and while he never talked about it, that set in motion his mantra of living life to the fullest because it was so close to being taken away. 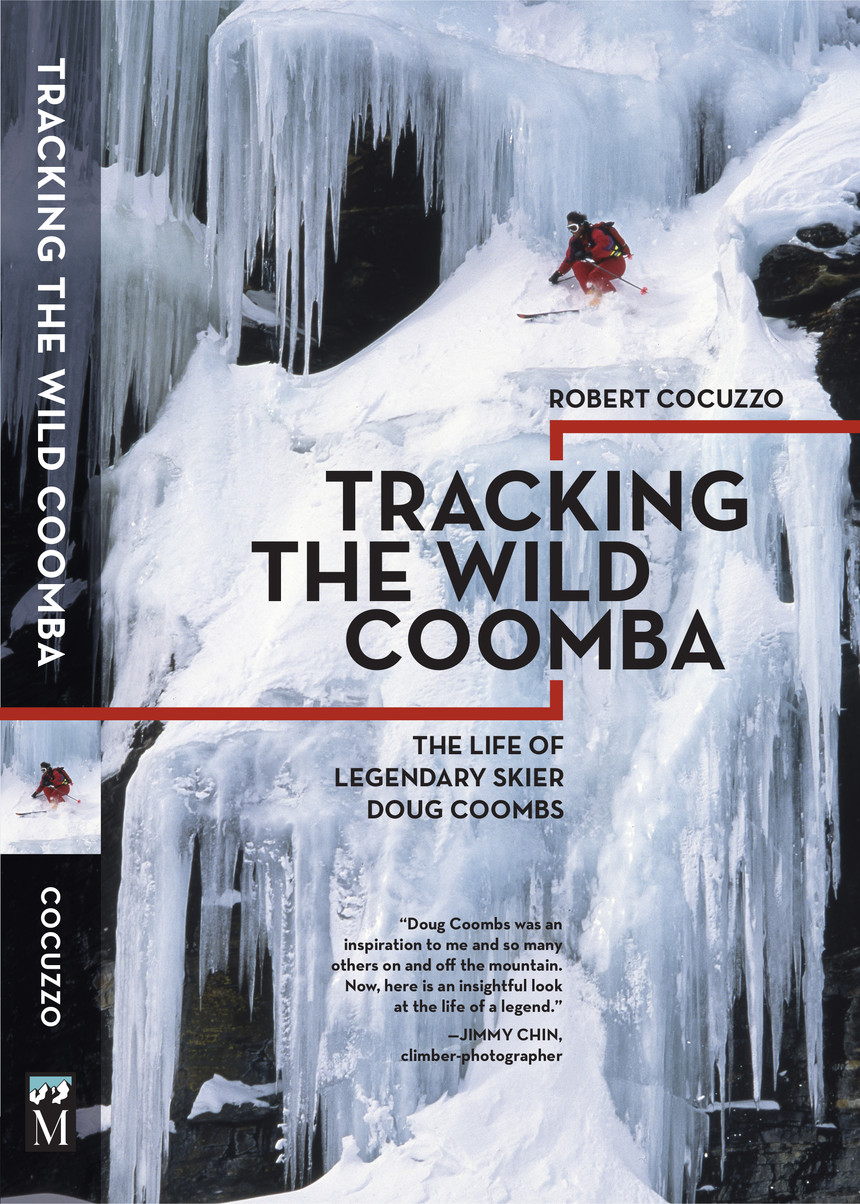 The second moment would be winning the World Extreme Skiing championship in 1992. That put him on the world stage as one of the top skiers alive, and introduced him to Valdez. And he went on to kinda pioneer the guiding scene up there which has become a cottage industry in Alaska.

I think the next thing would be him getting banned from Jackson Hole for getting caught in a closed area. That not only precipitated him moving to La Grave, France, where he lived the rest of his life, but it set in motion the open-gate policy that Jackson is now known for now. The uproar that was caused when arguably the greatest big mountain skier in the world was kicked out put effort on the resort to change the policy, and now backcountry access is such a big part of the village's appeal for visitors.

The final moment, which was pivotal for him a man, was when his son was born. Emily and his son David; those two people gave his life a tremendous amount of direction. Emily gave him literal direction in that he could've ended up being a ski bum, but he ended up being this amazing guide, and then David gave him fulfillment as a person. He really adored David.