Meet The Winners of the 2018 #TGRgrom Contest 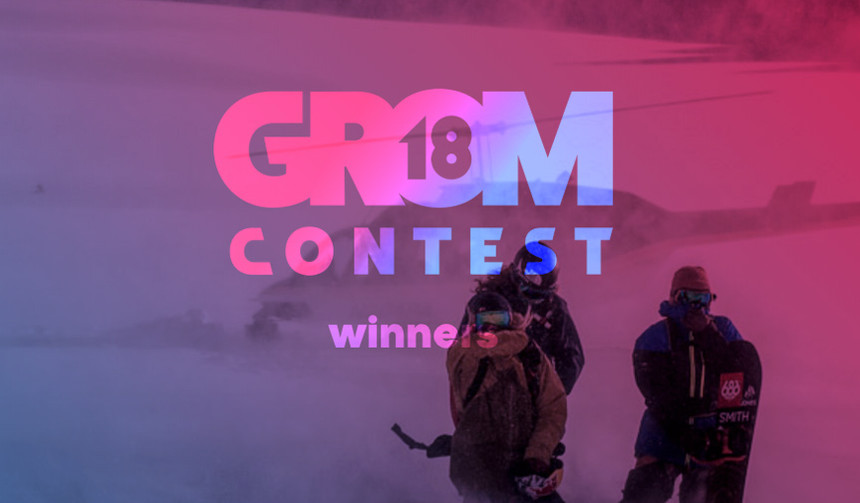 Every year, TGR challenges the next generation of ski and snowboard groms to produce a video part showcasing their best skiing and riding in the TGR Grom Contest. This year, after watching close to 100 entries, we have narrowed our list down to two Grand Prize Winners.

We are proud to announce one male and one female Grand Prize Winner: 12-year-old Marcus Goguen and 10-year-old Finley Good. Marcus hails from the great white north, calling the big mountains of British Columbia home, and his skiing certainly shows that. Finley, on the other hand, calls the high desert of New Mexico home, and lays down the all-mountain steeze in her #shredlikeagirl edit.

Each grand prize edit will be shown before the crowds at each stop of the Far Out Film Tour, so keep an eye out for the edits at your local showing. TGR’s Far Out Film tour kicks off this weekend at Jackson’s Far Out Fest.

Check out the winning edits here:

Congrats to Marcus Goguen for taking home the Grand Prize in the male category!

Finley took home our first ever Grand Prize in the female category!

This year’s prize pack includes an IPRW Experience, a trip to one of the 2019 Freeride World Tour Stops, a pair of Line Skis & Full tilt Boots or a Jones Snowboard, an Ikon Pass, a 1-year sponsorship with Outdoor Research and Pret Helmets, an Ortovox Safety Package, a Dakine Backpack, Hydroflask swag, a Kicker Bullfrog Bluetooth Speaker, and plenty of TGR swag.

We would also like to throw some stoke to the runner up, 12-year-old Californian Brooklyn Depriest, whose inverted antics earned him a Jones Snowboard, a Pret Helmet, Dakine Apparel, an Outdoor Research kit and Hydroflask and TGR swag.