Mount Olympus, NZ: Where snowriders define heaven (and get topless) 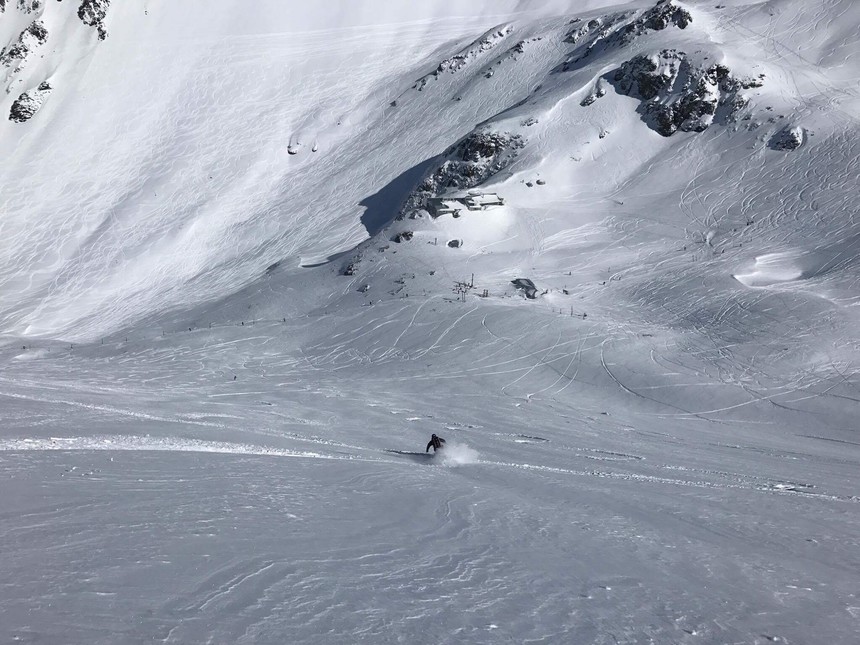 To the ancient Greeks, Mount Olympus was the realm of the gods. A snow-laden paradise shrouded by sacred clouds. Beyond the reach of mere mortals. Literally the highest peak in Greece, it was also a symbolic space where the line between the physical and metaphysical was blurred. Where reality morphed into magic. This sense of magical realism is mirrored at New Zealand's own Mount Olympus; a snow-lover's haven. High above Lake Coleridge in Canterbury's Ryton valley, every winter a bunch of hardcore skiers and boarders gather here to invent their own definition of heaven. 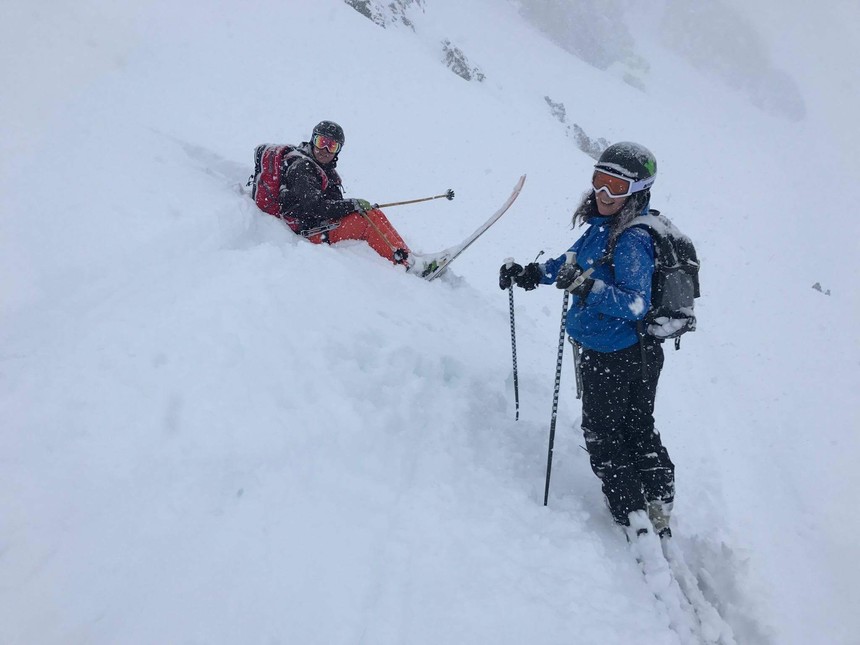 It's lunchtime, 1620 metres above sea level in the Top Hut. Above the scuffle of snow boots and jangle of nutcrackers (the standard-issue metal attachment everyone uses to grip the rope tow), benevolent banter fills the building.

"You guys here for lunch?"

"Picked a great weekend for it! Forecast is for these snow flurries to continue all night..."

Wearing harnesses and broad smiles, riders and sliders mingle in the kitchen, reception/dining/bar area and lounge as warm pasta salad and soup is dished out. Everyone pitches in. The old guard mix with new arrivals as we queue for platefuls of goodness then sit around long tables to enjoy a meal among comrades. All part of the Kiwi ski club culture, this is one of many moments when the Utopian vibe at Mount Olympus is evident. The feeling of community emanates as we're all here for the same reason: It's early September, it's snowing heavily outside and we're keen to storm-ride. 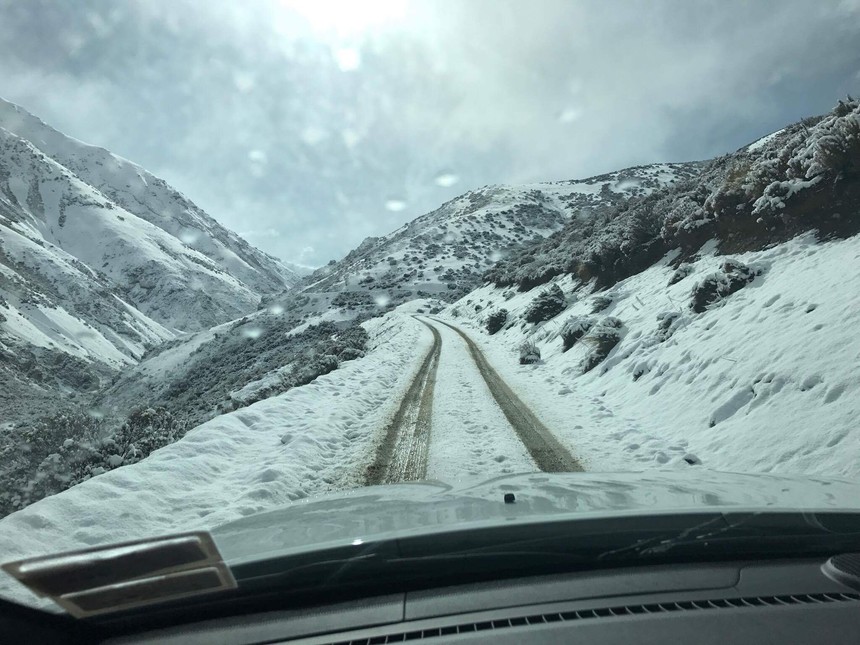 Shaped a bit like a baseball mitt, the ski area is set in a high, south-facing basin. Prime position for catching and holding the epic southerly snow dumps the Canterbury region is known for. Today was one of those dumps. The drive from Christchurch took around two hours. For the final 11 kilometres, snow piled up on the banks of the undulating access road - viable for high clearance 4WD trucks only. By the time my mates and I hooked onto the access tow at the car park, froth levels were at an all-time high. The tow yanks you up to the Top Hut, where you can take your pick of the Beginner's Lift (to refine your nutcracker prowess) or boost straight up the Main Tow to elysian fields of untracked glory. 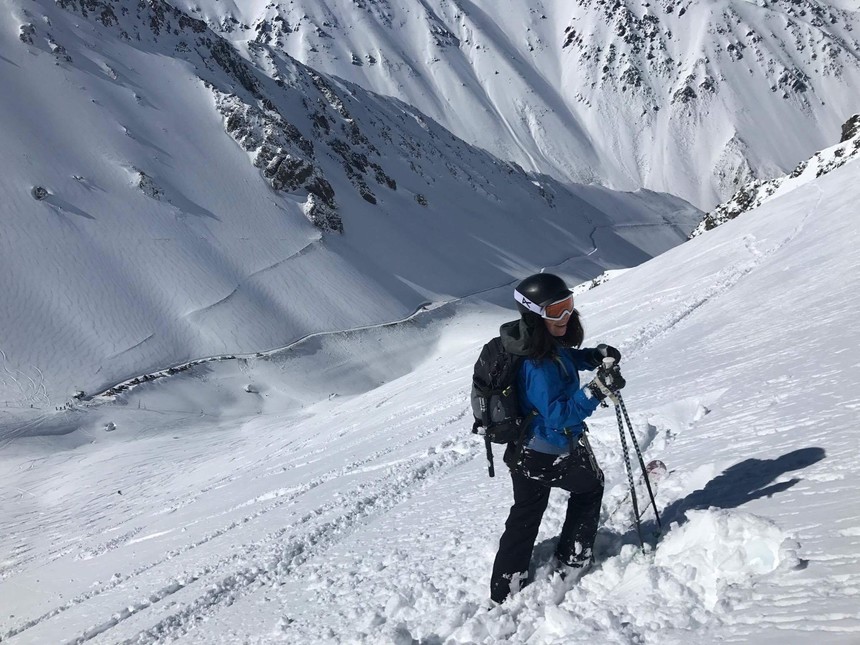 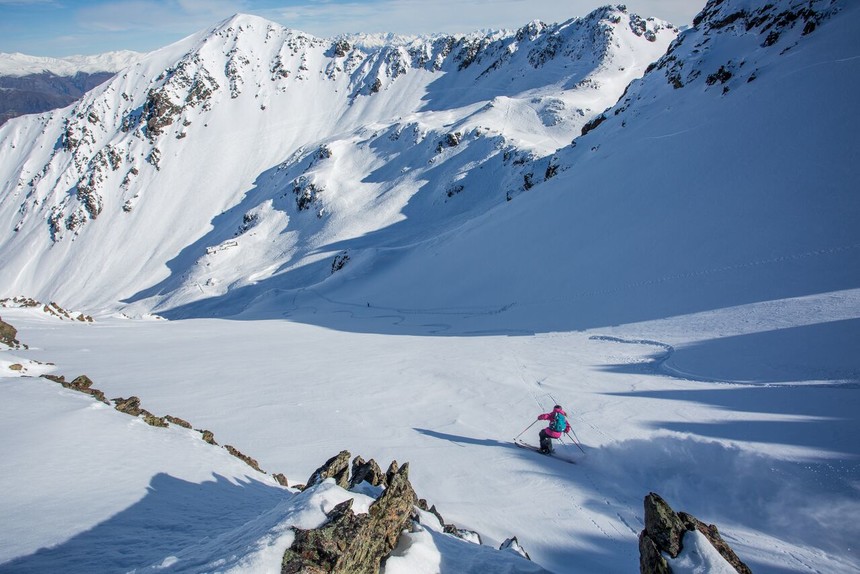 PHOTO: All Us In Winterland

Winter 2.0 had arrived. With snow warnings for Fiordland and the Southern Alps as well as a bunch of road closures in the Lewis Pass, having made it to the peak of Mount Olympus in the midst of a weather-bomb felt like a very good thing. Post lunch, the order of the day was laps on the powder-loaded Main Face and Back Run. When the liftie lets everyone know they'll be closing the road soon so everyone can get down safely, we feel extra smug. 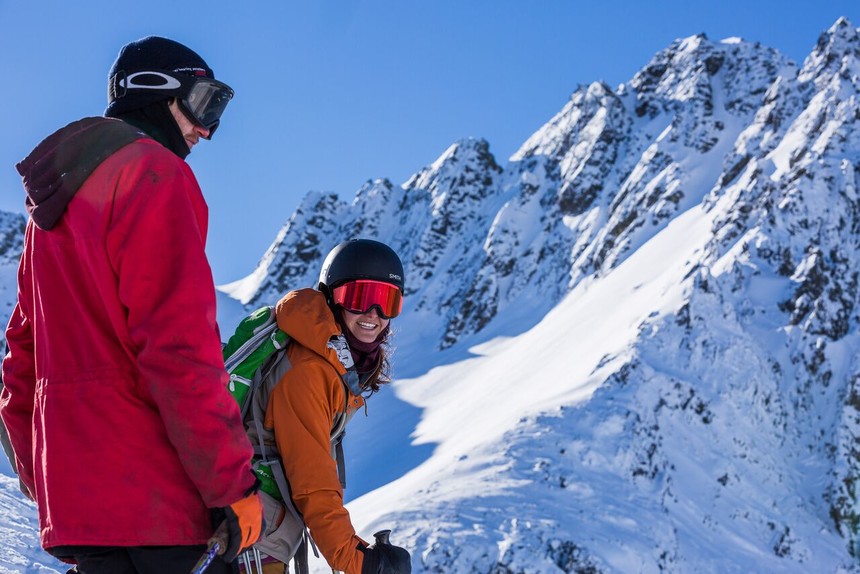 PHOTO: All Us In Winterland

Now it's only those staying overnight in the fully-booked hut who get to carry on shredding. Sunshine snuck through the stormclouds on occasion, but we were mostly riding in low vis, feeling our way down the niveous slopes. This pattern was set to repeat until insistent quad muscles urged us back into the Top Hut. 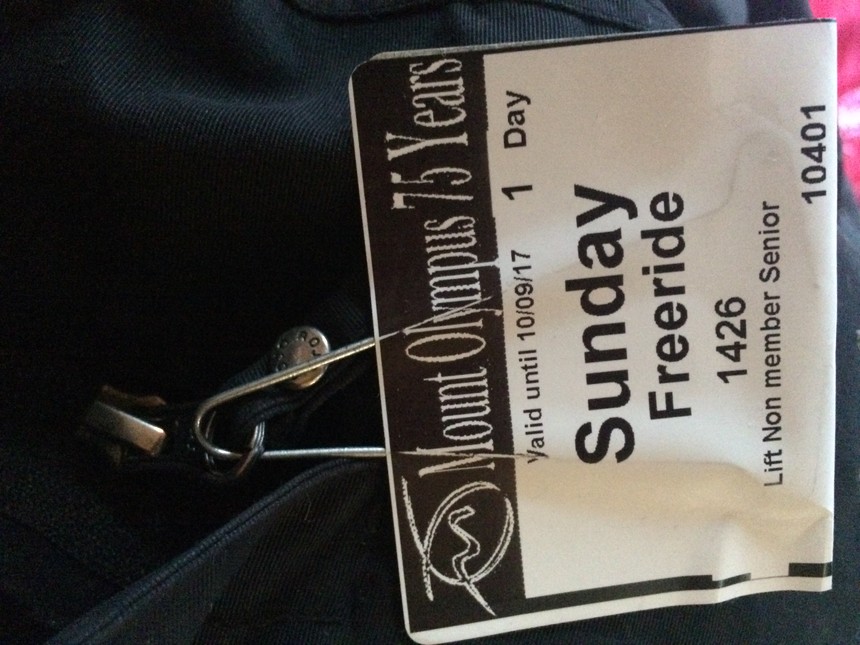 Hardly a hut, the recently renovated top accommodation at Olympus is more of a spacious lodge, which sleeps 52 guests. In 2014, four years of work by club members came into fruition so that now the Hut features a fully stocked bar, espresso machine, log fire, drying room, first aid room, commercial kitchen, chill out lounge, guitars, plush bunkrooms, hairdryers in the bathrooms ... and a hot tub . That you can stand up in. "We had 22 in here the other night," the lady next to me claims as we squeeze shoulder to shoulder in the Norwegian style spa. Wind whips at our faces and icicles rime our hats. But it's all good. Plastic glass of vino in hand, the weather becomes a mere detail that adds to the adventure of being immersed in Aotearoa's highest hot tub. Besides, this Southerly is our friend. A kindly vendor swirling up a generous soft-serve cone that we'll devour tomorrow. 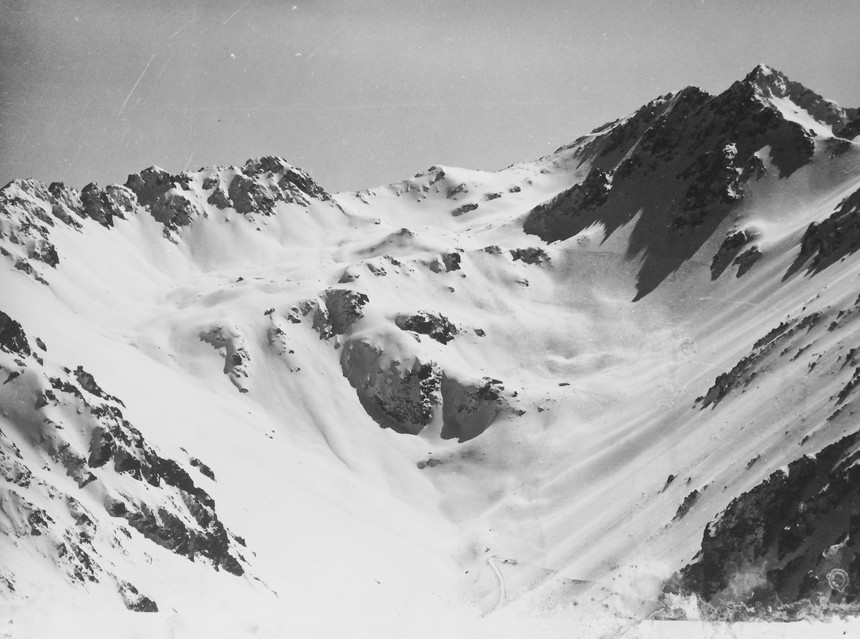 A far cry from the streamlined glitz of commercial ski resorts, Mount Olympus has been run by the Windwhistle Winter Sports Club since 1948. The pioneers that established the Club were part of a vanguard of soul skiers who were passionate about the mountains and the opportunities they provide for families and friends to explore them. In 1952 the area was truly opened up for everyday alpinists when ten men and two women carried the tow rope up the last stretch of road. Since then, the area has been run by the Club who manage daily operations in-season and maintenance off-season. Members participate in working parties to earn a season's pass, though day trippers and volunteers are welcomed as well. 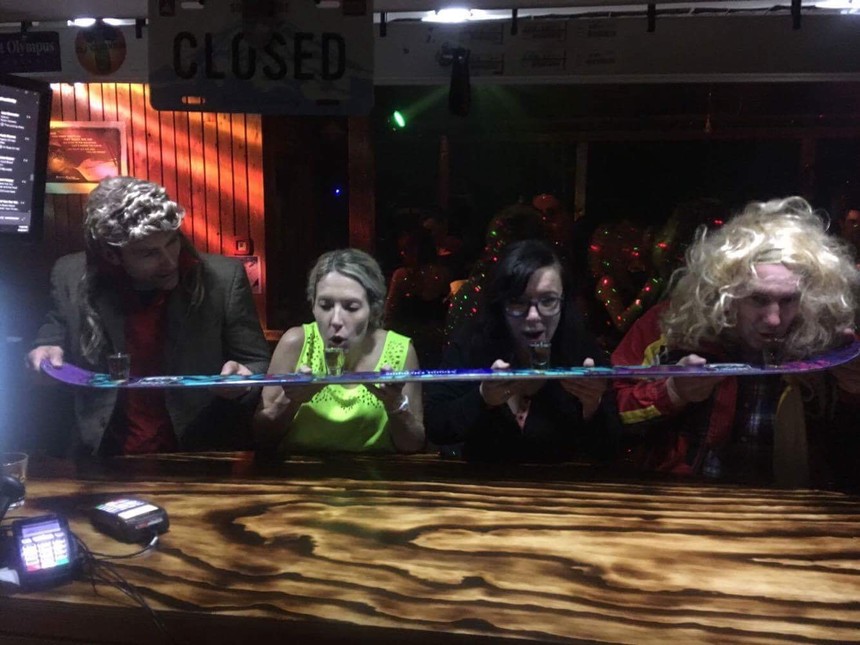 Hot tub evacuation happens when the sun goes down. Decks of cards come out. We forge new alliances as après-ski at Olympus gets into swing. We add another bottle of pinot gris to our bar tab; settle in for the evening. Dinner is venison-Wellington (we wonder if the meat was donated by a farming club member), hot vegetable soup and leafy garden salad. Dessert's a classic apple crumble. Whoever's bunkroom is rostered on for duty clears, stacks and cleans. Outside, the floodlights are turned on as a hardy few go night-skiing. Some even hike the ridge with their own flashes and lights - setting up for a sweet night riding photo shoot. Inside, it's time to raid the dress up box and get the dance floor going. It's all rather surreal as every skier and rider searches for their way to send it this Saturday. Sounds crank up. Houselights are dimmed. Someone says, "Shotski!" 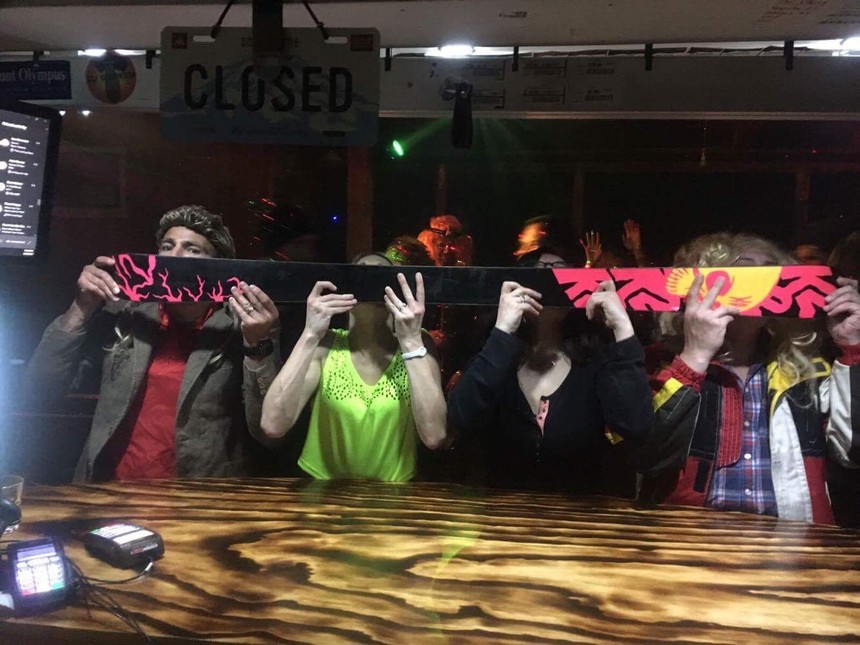 Soon, the dance floor is heaving. A disco ball and lasers create a constellation of lights spinning across the bodies and faces of this weekend's Olympians. Items of clothing come off until the bar is full of people dancing topless. Just because. This is not necessarily the 'real world'. More of a celestial realm, this is Mount Olympus: playground of the gods.