Visitors to Bend, Oregon are spoiled with ample access to the outdoors. It’s the kind of place that you can hop on your skis in the morning and take your bike for a lap in the afternoon. With such a variety of outdoor activities there’s literally something for everyone.

While Bend has always been known for its thriving outdoor culture, it’s adding to its reputation by quickly growing into one of the country’s top mountain biking destinations. Biking in Bend isn’t anything new. The riding has long been good, but in the last ten years it’s becoming well-rounded, particularly with the growth of Mt. Bachelor’s bike park. 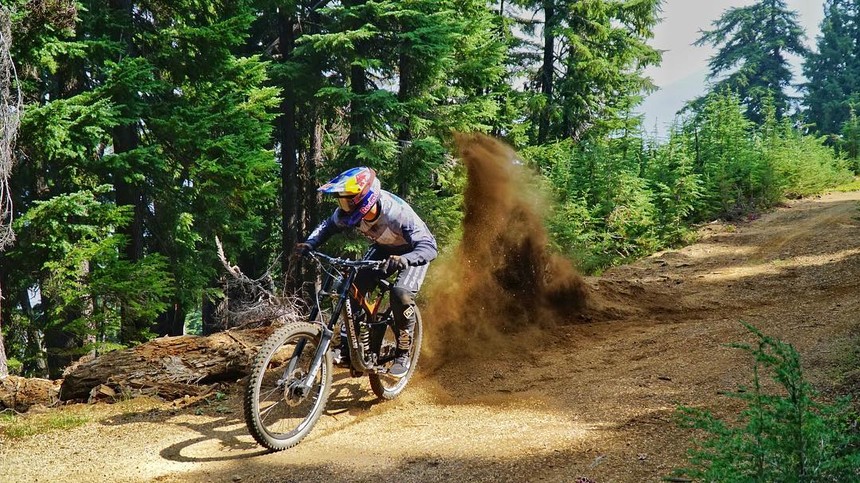 Carson Storch finds some fresh dirt out at the Bachelor bike park. Storch has been a key figure to growing the local freeride community. Mount Bachelor Photo.

There’s a reason that legends Cam McCaul, Kyle Jameson, Carson Storch, and Kirt Voreis all proudly call Bend their home base. The riding is just that good. Not to mention there’s the FEST series—also spearheaded by Storch and Jameson—which is one of the rowdiest unsanctioned events within freeride mountain biking. In fact, the biking scene is very similar to Bend’s overall outdoor vibes—there’s a trail for every style of riding.

“Once you look a little bit deeper, you realize what an awesome spot this is,” explains Sage Cattabriga-Alosa, who has called the area home for the past twenty years. You may know Sage best for his finesse on two skis, but the guy sends it just as hard on his bike. He even has a backyard trail setup. 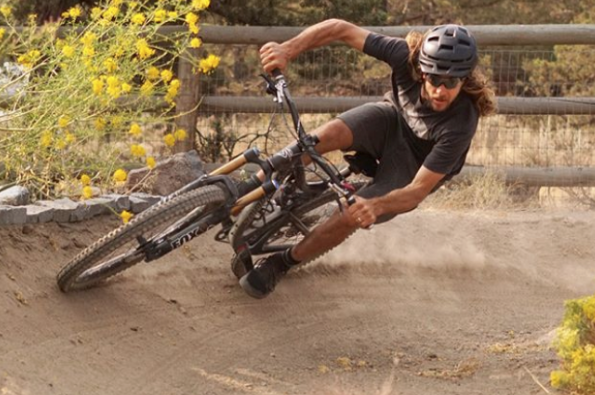 “Biking around here feels like GS skiing on a perfect 30-degree pitch. It can be so fast and fun,” said Cattabriga-Alosa. But that’s not even his favorite part. The diversity in riding, that’s what gets him excited. “In a day you can ride up at Mt. Bachelor and also ride the trails back to town.”

As you ride, there are opportunities to explore the high alpine forest, desert forest, and the true desert that’s just an hour away. The variety of terrain is due to the unique geology of the surrounding landscape, which was shaped by past volcanic activity, ultimately resulting in trails that are approachable but also fast. 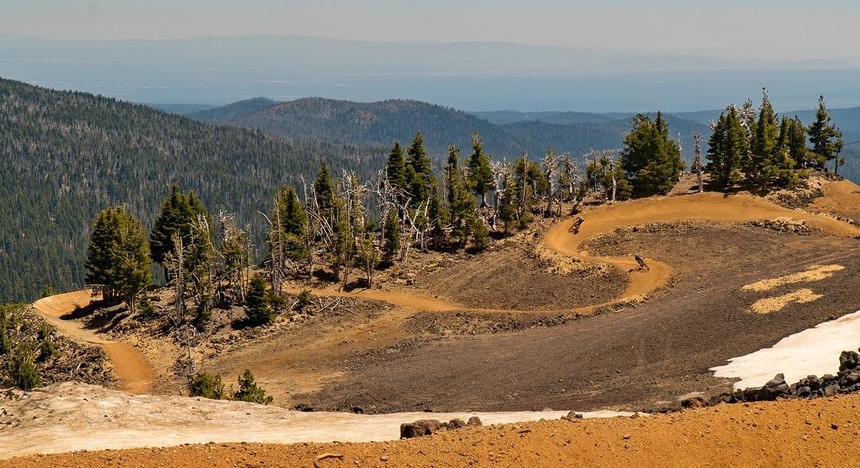 Here at the bike park, the trails don't immediately bring you back to the bottom. Instead, when you step off the chairlift you've got a long-winding descent back to the base. Mt. Bachelor Photo.

This diversity of terrain is especially evident in the Mt. Bachelor bike park. Adding to the existing 300 miles of singletrack in the area, the park features 13 miles of lift-serviced downhill trails—and it’s poised to grow. “It’s gotten better and better each year. It’s cool to see [Mt. Bachelor’s] commitment to making it the best it can be,” says Cattabriga-Alosa. 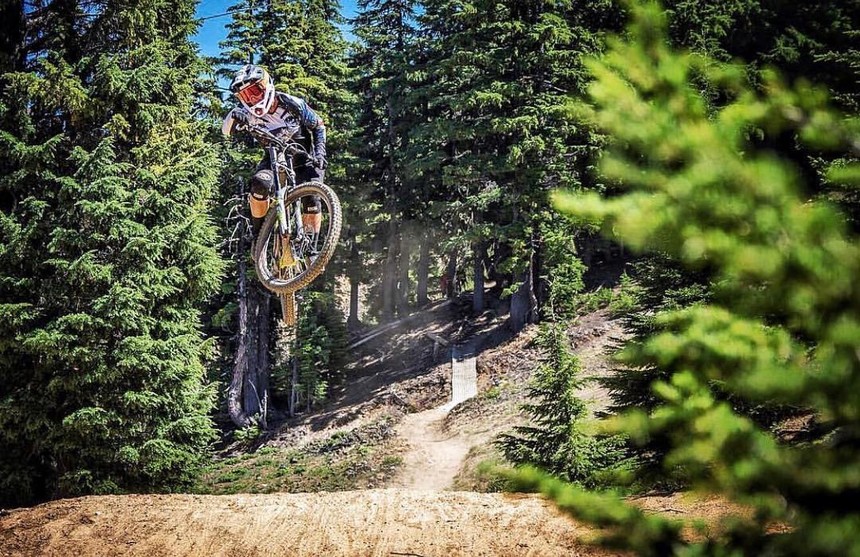 Cross Country, flow trails, and even big jump lines—there's a little bit of something for everyone at the bike park. Rider: Kate Meyer. Trevor Lyden Photo.

Mt. Bachelor has worked hard on the bike park and to become a cornerstone of the local mountain bike community. It’s growing into a favorite spot to hang out and escape the summer heat in town. Take it from Sage, and check out this summer playground while conditions are prime:

“You change in elevation a lot, so in the summer when it's hot it will be 80 degrees in town and 60 degrees at the bike park. It’s perfect bike conditions,” said Cattabriga-Alosa.

We were excited to explore Bend and it's local biking community with our friends at Freehub Magazine, for our video series, Next Exit.