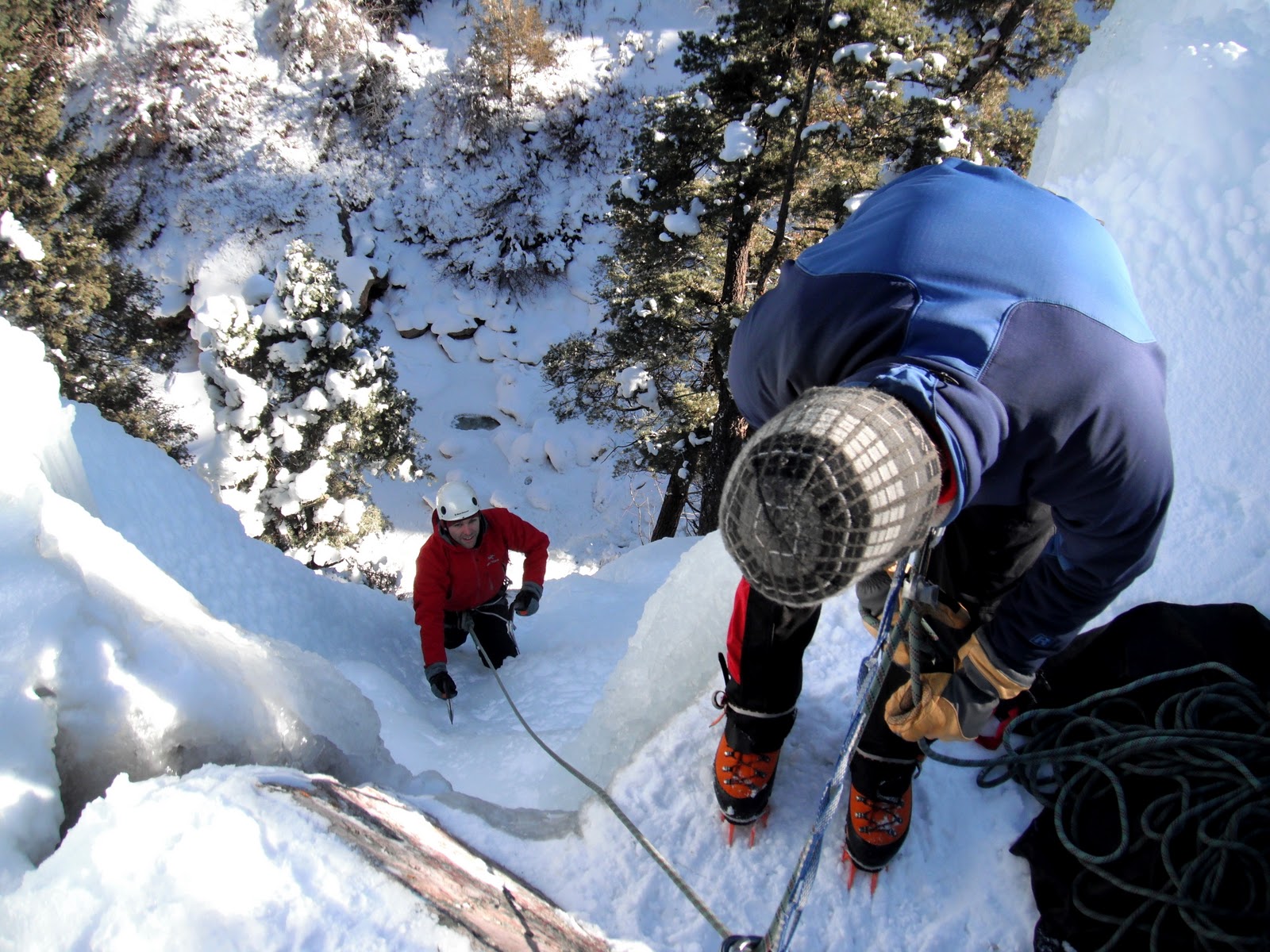 LOWA Boots is planning a very visible and strong presence at the 2013 Ouray Ice Festival that will take place January 10-13 in Ouray, Colorado. Earlier this fall, LOWA announced their sponsorship of the Hari Berger Speed Climbing Competition to honor the legendary climber who won three Ice Climbing World Championships while wearing LOWA boots. In addition, four-time World Ice Climbing Champion and LOWA athlete, Ines Papert, will conduct a clinic on moderate-mixed climbing and host a multi-media show entitled “Rock and Ice.” Amid the festival-like atmosphere will be the LOWA boot tent, stocked with demo product for ice climbers to test drive.

Friday afternoon Ines will host her clinic in the LOWA tent followed by a session on ice. She will have posters in hand to autograph. Later that evening, Ouray attendees can enjoy her presentation of “Rock and Ice,” a thrilling journey into her world. Afterwards will be an autograph session of her book by the same name. The event will be held in the Main Street Theater (630 Main Street) from 8:30 to 10:00PM. Admission fee: $15

On Sunday she will award the women’s prizes for the Hari Berger Competition. Ines has worked closely with the LOWA design and product testing teams over the years and was instrumental in the design of the Ice Comp IP. A champion of many climbing competitions, including those at the Ouray festival, she will be competing there again this year.

Hari Berger was an all around champion competition ice climber before he lost his life in 2006 in an accident while climbing in Austria…but his legacy lives on. LOWA’s sponsorship of the event doubles the Festival’s cash prize opportunities. The Competition will be held on Sunday, January 13. There will be individual men’s and women’s classes, each with $2000 in first place prizes, second place of $1000 and $500 for the third place finishers.

Colorado climber and LOWA ambassador, Jim Davidson, will be on hand periodically throughout the festival. Jim’s book, The Ledge: An Adventure Story of Friendship and Survival on Mount Rainier, was a 2011 best seller for adventurists across the country.

In addition, LOWA invites both male and female festival participants to demo their world-class German climbing and mountaineering boots including the Weisshorn GTX, Mountain Expert GTX and Ice Comp IP GTX models. The boot tent team will be led by Chad Gallwitz, LOWA’s experienced sales representative in the Rocky Mountains. Representing the LOWA factory, Rolf Eberhard, a veteran of numerous summits including one on Mt Everest, will be in the tent and on hand to award the men’s Hari Berger Competition prizes. Assisting Chad and Rolf will be Christian McConnell from LOWA’s U.S. office.