Andover, New Hampshire – Dalbello ski boots is proud to announce Alexander “Nigeria” Brown as the winner of the "Be A Pro" contest, held this summer at Windells ski and snowboard camp in Mount Hood, Oregon.

The "Be A Pro" contest ran during each of the seven sessions held at Windells throughout the summer. The winners of each session won lots of sweet swag as well as bragging rights among their fellow campers. The ultimate winner walked away with all of that, as well as a one-year sponsorship from Dalbello ski boots, Marker bindings and Volkl skis.

Congratulations to Alexander “Nigeria” Brown, of Prior Lake, Minnesota.

Here's a short video of Alex Brown's 2011 season. We're digging the skiing set to Phantogram's song "As Far As I Can See."

“Alex was inspirational to all of us at Windells as well as his fellow campers.” said Kerry Miller, Windell’s Senior Senator and ski industry luminary. “There are a lot of skiers coming up right now with incredible on-hill skills but only a few who match that with off the hill work, dedication and maturity. Alex is one of them and we congratulate him for this recognition!” 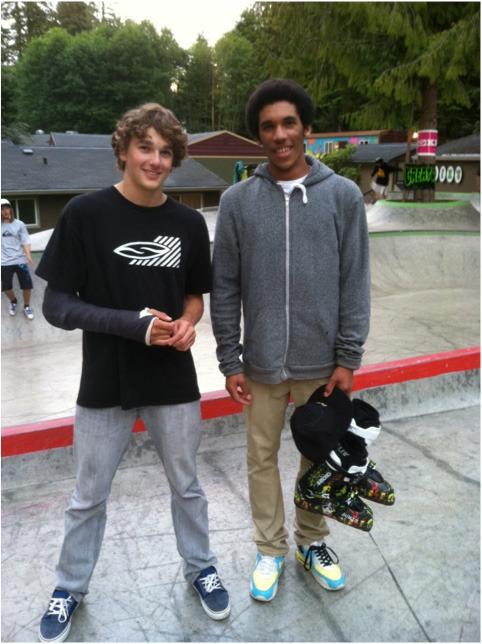