News: Bode Miller To Miss Remainder Of Season Due To Knee Injury 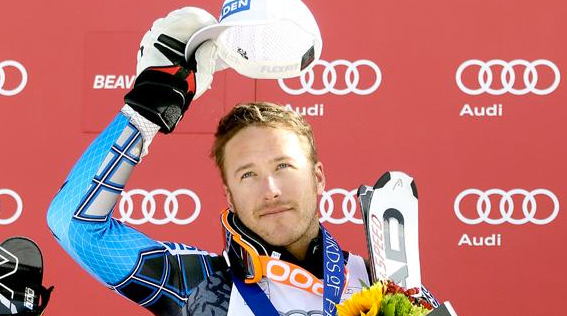 Crans Montana, Switzerland – After further evaluation of an injured left knee, Olympic champion Bode Miller, of Franconia, New Hampshire, will miss the remainder of the 2012 Audi FIS Alpine World Cup season. Miller, who had surgery on the knee following the Feb. 18-19 races in Bansko, Bulgaria, had returned to Europe with the intention to compete in Crans Montana and finish the season. The 33-year-old will undergo further arthroscopy on the knee and immediately begin recovery.

“The plan was to come back and race in Crans Montana, but I couldn't get the range of motion that I needed out of my knee to be competitive,” Bode Miller said. “We thought if I rested a few more days, things would come around, but it didn't happen.”

Miller originally aggravated his left knee in Sochi, Russia, where he missed the downhill podium by a mere .02. He attempted to ski through the injury the following weekend in Bansko, Bulgaria, then opted to return to the United States for a knee evaluation and eventual surgery. Miller then returned to Europe with the intention to compete through the remainder of the World Cup season. Further discomfort forced a re-evaluation. Miller intends to continue training and racing following recovery from further knee arthroscopy.

”I love ski racing and I love being active, so I hope for a solid recovery and to get back to training as soon as possible,” Miller said. “I'm still having fun and as long as skiing is enjoyable, I'm going to continue to do it.”