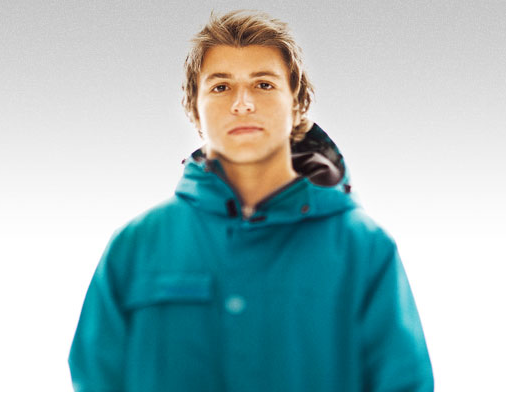 WHISTLER, BC – One of the biggest up-and-comers in snowboarding, Austen Sweetin is also one of the most complete rider’s strapped into a snowboard today. Hailing from the powder-choked and coffee-drenched Pacific North West, Sweetin loves coffee, throws down large in the backcountry, and he kills it in the streets. With a huge bag of tricks and tons of passion to shred combined with his next generation PNW style, Sweetin has already begun etching his name alongside the PNW greats.

Peter Line, one of the most innovative snowboarders of all time, says, “It’s hard not being stoked on a snowboarder shorter than me and one from my local Ski Acres. Austen is sick. He’s an all-around rider who loves snowboarding to death, which in my eyes is more important than anything.”

JF Pelchat and NOW Bindings are very excited to have Sweetin join the NOW team as it grows to include some of the most progressive and diverse riders on the planet today.

“I’m super stoked to have a young blood Northwest rider on NOW," Pelchat said. "Austen is everything a snowboarder wants to be: he can ride and kill everything – pow, park, or urban – he does it all.”

“I’m excited to be apart of a binding company created by snowboarders and influenced by skateboarding,” Sweetin said.

From big lines in Alaska charged by snowboard veteran and NOW team rider Jeremy Jones to up-and-comer Austen Sweetin slaying it in the streets, NOW’s revolutionary binding design and Skate-Tech technology is just as at home in the backcountry as it is in the urban stomping grounds of today’s street scene. Built around the NOW IPO hanger, the worlds’ first skate-influenced binding is the most innovative and progressive binding on the market today and offers riders a smoother and more precise ride. The future is NOW.