TALKEETNA, Alaska: A 36-year-old Finnish mountaineer died from injuries incurred in a fall while descending Mt. McKinley the afternoon of Wednesday, May 23. Ilkka Uusitalo of Oulu, Finland was skiing down the 40- to 45-degree slope known as the 'Orient Express' with two teammates when he fell from an elevation of 17,800 feet and was unable to self-arrest. Uusitalo tumbled through snow, ice, and rocks, coming to a stop in a crevasse at 15,850 feet.

While one of his teammates continued down to the NPS ranger camp at 14,200 feet for rescue assistance, Uusitalo's other teammate rappelled into the crevasse with the help of a nearby team. They determined that Uusitalo was likely deceased. 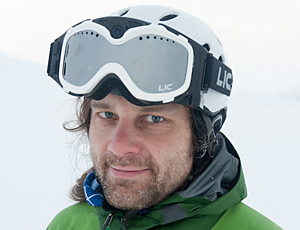 An NPS response team arrived on scene approximately one hour later, and Ranger Tucker Chenoweth was lowered 60 feet into the crevasse by his team of 3 volunteer rangers. After confirming that Uusitalo was deceased, the NPS patrol members hauled both Chenoweth and the victim out to the glacier surface. Soon after, Uusitalo's body was evacuated via a long line operation by the park's A-Star B3 helicopter to the Kahiltna Basecamp, then on to Talkeetna.

This accident is the second fatal fall on Mt. McKinley this climbing season. Since 1972, 16 fatalities have occurred during descents of the Orient Express.