LONDON (April 6) – The International Olympic Committee (IOC) announced Wednesday afternoon that halfpipe skiing and women's ski jumping will be included in the 2014 Olympic Winter Games in Sochi. A decision for slopestyle skiing and snowboarding and the alpine team event will be made in late May.

"This is a special day. The IOC's decisions to include women's ski jumping and halfpipe skiing marks a truly progressive era in the Olympic sport movement," said USSA President and CEO Bill Marolt. "Today is the beginning of a chapter in the history books that will showcase these great athletes' talent and dedication on the world's stage in 2014 and beyond. The USSA is happy to be a part of these exciting developments in Olympic sport."

"With these (events) on board, we have a very compelling value proposition for these Games," said IOC Sport Director Christophe Dubi. "It will be an extremely exciting program."

Women's ski jumping and halfpipe skiing were two of the five ski and snowboarding events being considered for inclusion in the 2014 Olympic Winter Games in Sochi. After much deliberation, Dubi proudly announced the approved events. With successful World Championship events at Holmenkollen in Norway and Park City Mountain Resort in Utah, the athletes' years of hard work and constant support of the sports committed advocates have paid off.

"I have been waiting for this decision for over six years now, it is a dream come true. Now on to the next dream: getting myself there," said 2010 X Games champion Jen Hudak (Salt Lake City). "The level of the sport is high, the interest in it is even higher, the Olympics provide us with the ultimate stage to show our sport to the world!"

"This is a great moment for freeskiing. I feel honored to be considered to be in the same class as an Olympic athlete. It’s exciting to be recognized as an Olympic caliber sport," said seven-time X Games champion Simon Dumont (Bethel, ME). "I hope to have the opportunity to go to Russia and make my country proud. I’ve been waiting for the chance to bring home a medal."

For halfpipe skiing, the inclusion coincides with the fast-paced progression of the sport, as the world's youth continues to vocalize their interest through self-made videos and the increased number of ski terrain parks and halfpipes across the world. That progression led the U.S. Ski and Snowboard Association to create a new athletic program and brand, U.S. Freeskiing, around the new events.

"The IOC's decision to include these new sports in the 2014 Olympics has reach and relevance to millions of youth around the world," said USSA's Chief Revenue and Marketing Officer Andrew Judelson. "This decision gives them the opportunity to dream big - to compete on the world's largest stage. This has an incredibly positive impact on the growth of our new U.S. Freeskiing brand by giving marketers a captivated and scalable audience to communicate their messages." 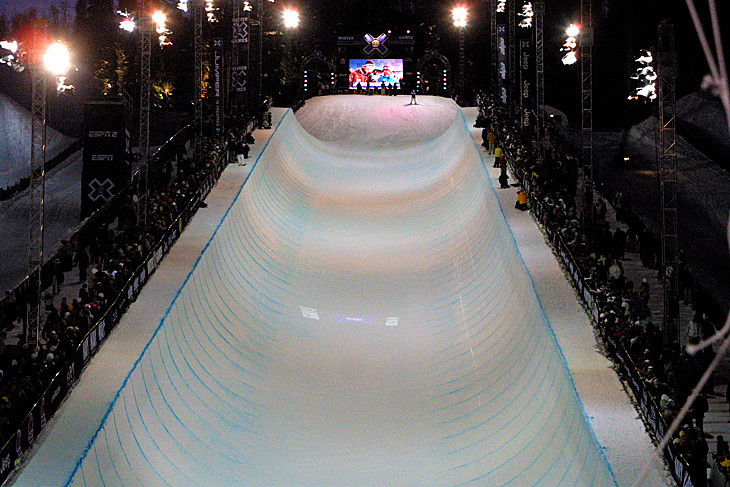 "It is hugely appealing to the youth. This is what kids do. They go in the halfpipe and on the jumps. Both slopestyle and halfpipe are extremely popular and appealing," explained Dubi when asked about how the decision will appeal to youth during the IOC press conference. "If you go on the internet this is what you see as well. They film themselves and share their videos. It's quite amazing what is happening."

For women's ski jumping, the decision to include became clear after seeing the level of competition significantly improve from the 2009 World Championships to the 2011 World Championships. With 13 nations represented in the top 30 competitors, and nearly 30 women consistently jumping between 80 and 97 meters, the diversity proved favorable.

"I’ve dedicated my life, hopes and dreams to ski jumping and I’m thrilled that our sport will be showcased at the 2014 Olympic Winter Games in Sochi," said 2009 World Champion Lindsey Van (Park City, UT). We are ready.

"For our sport this means a huge step in the right direction. Women's ski jumping has been developing a lot over the past 10 years, but the Olympics is what our sport really needed to take the next step."

"To have our event accepted for Sochi 2014 feels amazing," said Jessica Jerome (Park City, UT). "This decision gives us more validity in the sense that it can only keep growing from here."

"The USSA is thrilled that these athletes will now be able to compete at the Olympic level," said USSA's Executive Vice President, Athletics Luke Bodensteiner. "They've proven themselves athletically, most recently at the 2011 Nordic World Championships in Oslo, with an excellent championship competition under some of the most challenging conditions possible."

Other events included in the 2014 Olympic Winter Games in Sochi are biathlon mixed relay, the figure skating team event and the luge team relay.

"What is important though is to remain relevant to what is happening every given weekend. Once you have this relevance all the rest will follow," explained Dubi in reference to the consideration of Olympic events inclusion. "But it is not driven by commercial objectives it is driven by remaining appealing and remaining relevant to what people do every weekend, especially the youth."

Hopes are optimistic for slopestyle skiing and snowboarding and the alpine team event as the IOC will further review the events before making a final decision in late May. The IOC plans to continue meeting with both the International Ski Federation and Sochi organizers relative to the remaining events.