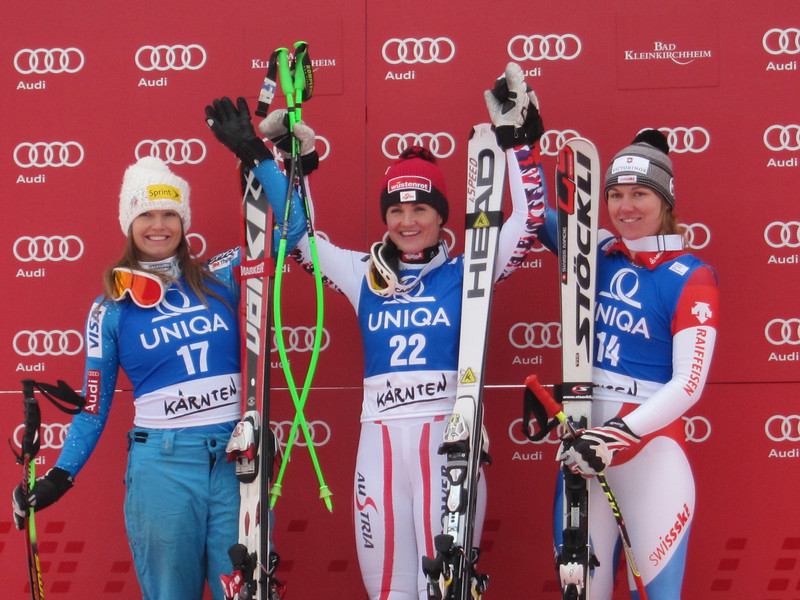 Julia Mancuso was second in the Bad Kleinkirchheim, Austria downhill for her third podium of the season. Photo by Doug Haney/U.S. Ski Team.

"It was a really cool to see such a solid performance from our team," Julia Mancuso said. "Lindsey is always fast, but it was good to see Stacey in there and Laurenne right back in it after her crash in Lake Louise."

"I'm really happy for Julia with second and for Liz Goergl for winning at home," Lindsey Vonn said. "I'm still happy with fourth considering where my strength is, but Lizzy and Julia skied really well and deserved to be on the podium." 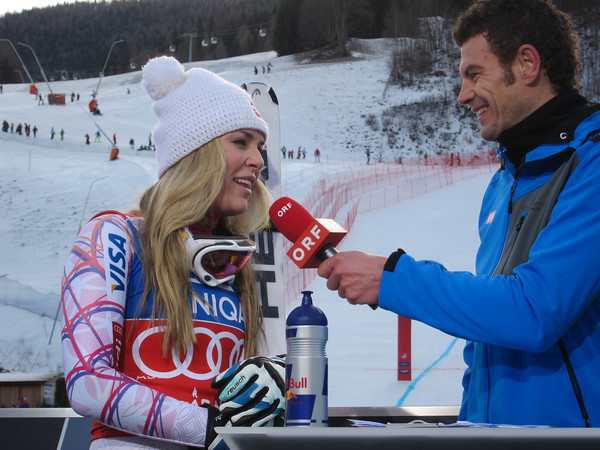