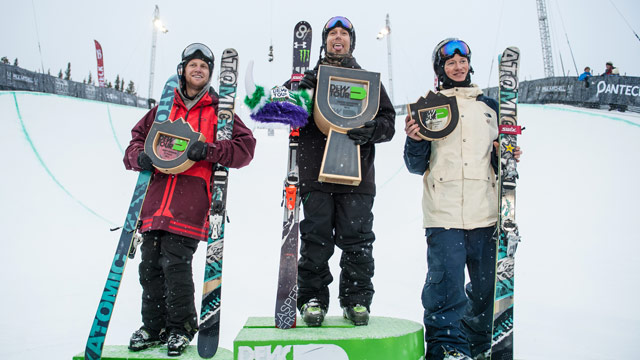 Mike Riddle was the number one qualifier coming into finals, however the lineup of skiers included a number of riders that could easily come in hot and create an upset.

Justin Dorey showed up to do just that, and on his first run Dorey exploded out of the pipe and picked up a high score of 93.50 that put him on the top of the list for the rest of the event. Dorey’s run included a right double 1260 safety, left 900 tail, air-to-fakie, switch 720 Japan, alley-oop left flat 540 critical and a left double 1260 Japan.

“Riddle has been on point this year, stomping runs better than anyone I have ever seen this year,” said Dorey with regard to his competition. “The fact that [Dew Tour] is doing this stop bigger than any other is pretty cool. Breckenridge is sick, this is one of the best pipes in the world and the weather always seems to cooperate with us – Breck has been good to me over the years.”

In the end, Dorey rode out the overall winner and Dew Cup champ, Byron Wells took home the second place position and the top qualifier coming into the event, Riddle, rode out with a respected third place.