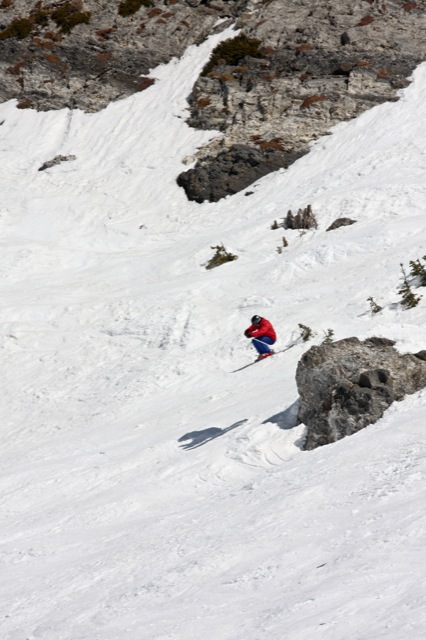 Seventeen women and 63 men skied in the extremely variable hard-pack conditions of today’s Qualifier venue of “West Baldy” with hopes to making their way into tomorrow’s (Friday) main event, Day 1 on Snowbird’s “Silverfox.” Judges had the difficult job of choosing eight female and 20 male athletes that would advance to the 5-Star competition with the already FWT pre-qualified athletes.

Scoring a 29.1, Australian Natalie Segal confidently stomped her airs to take second place. Rounding out the top three ladies qualifiers was Hadley Hammer, of Jackson Hole, Wyoming with a score of 26.5. 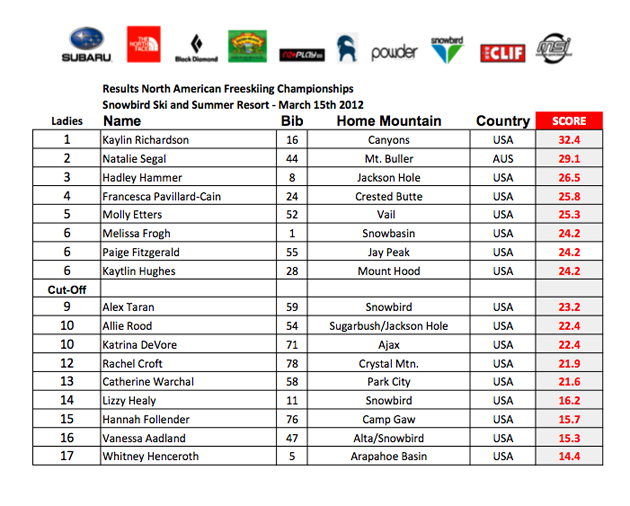 For the men, the fight for the top qualifier position was a close battle. Taking top honors for the day was Randy Evans, of Crested Butte, Colorado, with his fluid skiing through the steep portions of the venue, capped off with an enormous backflip to score a 34.7.

In his debut on the Freeskiing World Tour, Reed Snyderman, of Waterville Valley, New Hampshire, utilized the natural features and his mogul skiing background, which included a stylish backflip japan grab, earning himself second place in the qualifiers with a 34.2.

“Reed showed a ton of control and style in the air gaining huge points in the style category,” Judge Laura Ogden said.

In third place with a score of 30.00, was Mount Snow, Vermont’s and now local to Snowbird, Tyler Conrad who obviously was comfortable on his newly adopted terrain.

The top athletes that qualified today will join twelve female and twenty-one male pre-qualified competitors tomorrow on “Silverfox” for Day One of the 2012 Subaru Freeskiing World Tour at Snowbird. Following the Day One competition, the event and venue will shift gears to the highly anticipated Day Two Finals on Snowbird’s “North Baldy”. 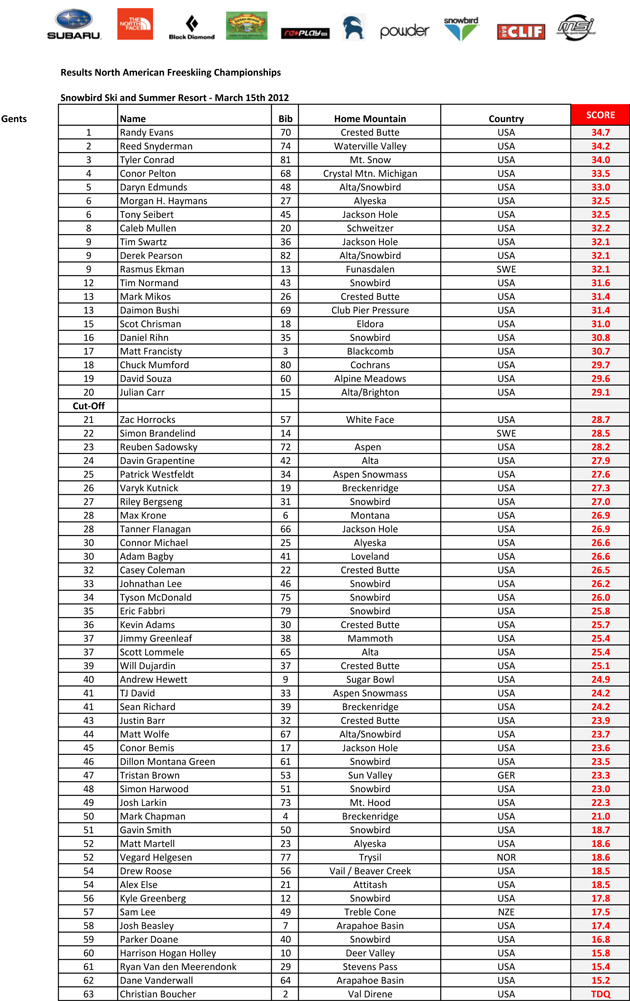