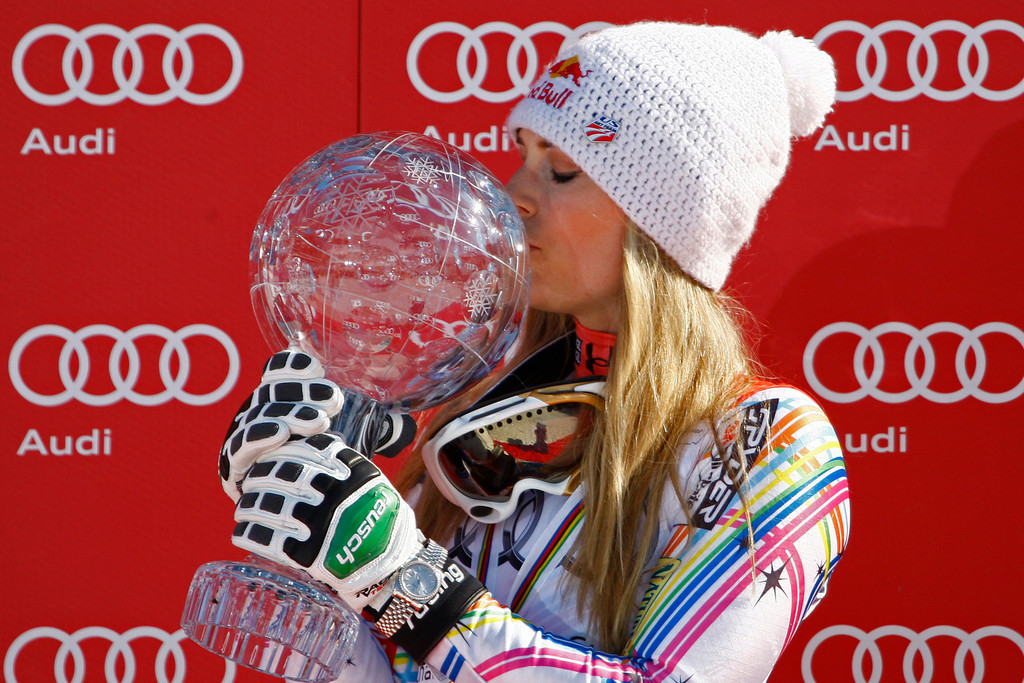 Lindsey Vonn with the crystal globe for the overall women's champion at the alpine world cup skiing finals. Photo by Mitchell Gunn.

SCHLADMING, Austria - Lindsey Vonn (Vail, CO) hoisted her fourth Audi FIS Alpine overall crystal globe in five seasons Sunday to close the 2012 World Cup Finals in Schladming. Vonn, who was three points short of the overall in 2011, also won the downhill, super G and combined titles for a historic 16 career globes and celebrated the all-time highest women’s point total with 1,980. Her American high 12 World Cup wins on the season pushed her career total to 53, putting her in the elite company with all-time record holder Annemarie Moser-Proell with 62 and Vreni Schneider’s 55.

“I am really happy with the season and it has gone incredibly well,” Lindsey Vonn
said. “If you had told me at the beginning of the season that I would be second in the giant slalom standings and would win the overall title before the finals I would have said that is awesome, but not possible. It is definitely more than I expected.”