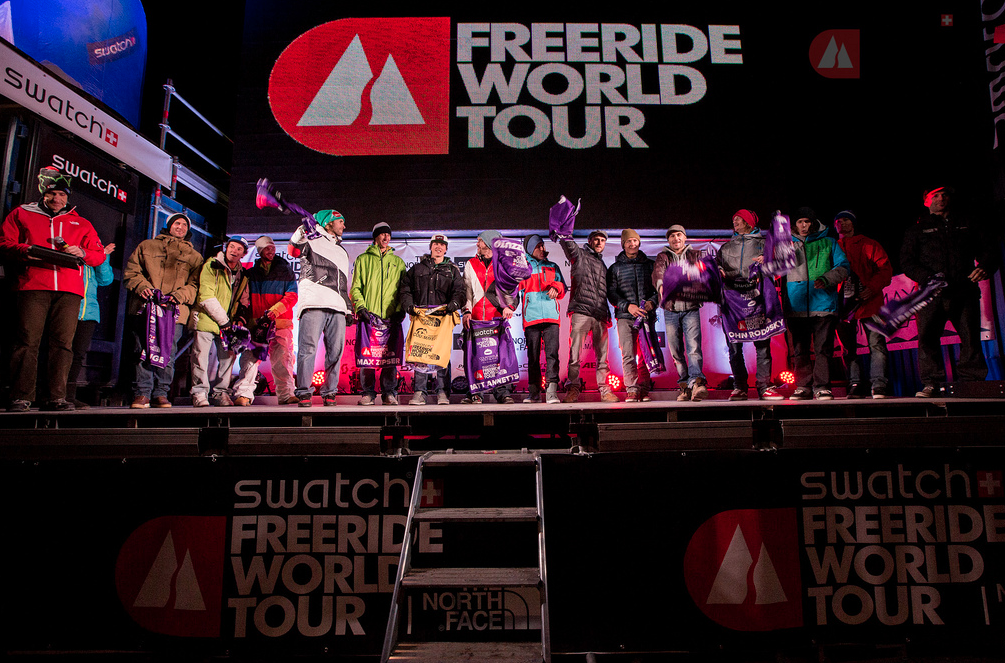 At the second stop of the SWATCH FREERIDE WORLD TOUR 2013 BY THE NORTH FACE® (FWT), the international field of elite athletes threw down a spectacular show combining big mountain charging with impressive tricks on the “Tête d’Arp”, never ridden in competition before.

With the south side of Mont Blanc as the perfect backdrop, a bluebird day with fresh powder greeted the strong line up of 33 skiers and 15 snowboarders at the men’s only competition. The athletes enjoyed the great conditions and showed their top skills on the north face of Tête d’Arp. Excitement filled the air as no one had ridden the face in competition before. Riders described the top section as steep, 45 degrees big mountain style, and the lower part giving various options for more playful riding and multiple airs. Any style of riding could take victory at this interesting venue.

Italy’s Markus Eder clinched the skiers’ win with a score of 89.67 points, executing the most playful run of the day. As a late start number Eder chose a unique line entry, skiing down the ridge before hitting the steep face in controlled high-speed big mountain style. He then impressed the judges with an arsenal of tricks on the second half of the venue, pulling off a backflip, a huge left side 360 and even riding switch. On his first year on the tour, young Eder was definitely the biggest crowd pleaser of the day on home turf. “I’m stoked with my line,” said Markus Eder. “I didn’t expect to win as I did a little mistake on my backflip. I hoped to be on the podium but to win is really fantastic.”

Aurélien Routens of France was rewarded his first ever FWT win in the snowboard competition. Routens scored 83.67 points on a high speed run, with clean riding and solid airs at the exposed top steep section and finishing off with an impressive straight line.
John Rodosky, USA, took a well deserved second, scoring 78.67 points, riding creatively and bringing numerous solid freestyle tricks into the backcountry. Swiss Emilien Badoux chose a good line all the way through and hitting a nice backside 360 in the midsection, earning the third podium spot with a score of 76.0 points.

“For a third consecutive year we have had perfect conditions and an amazing playground here in Courmayeur on the south side of Mont Blanc,” said Nicolas Hale-Woods, FWT General Manager Europe. “The upcoming weekend the athletes will cross the tunnel and take on the north side of Mont Blanc in Chamonix.”

After two out of six events, Jérémie Heitz is leading Men’s Ski overall with two second podium spots. Today’s winner Aurélien Routens is leading Men’s Snowboard with the win and a third place in Revelstoke, Canada.

The women will join the men for the third event in Chamonix-Mont-Blanc on January 26th. 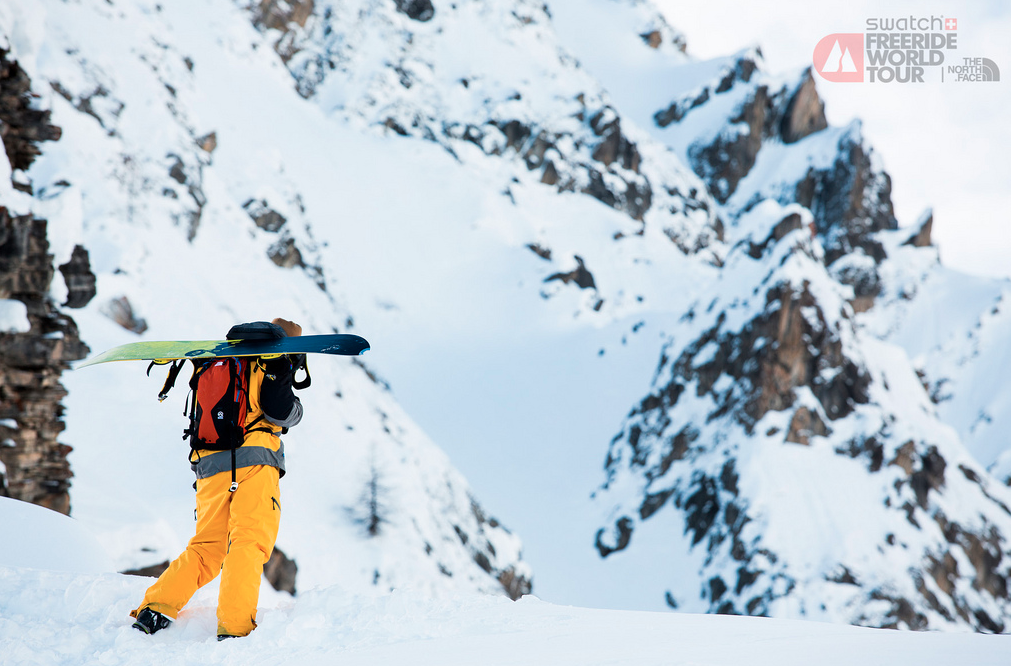