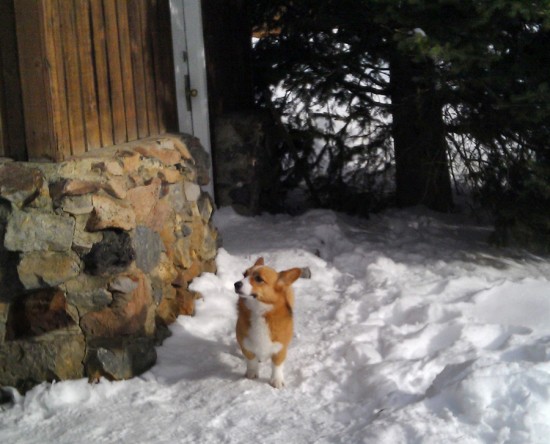 Cooke City, Montana — Four days after an avalanche killed his master and buried him alive, a little Welsh Corgi dog named Ole walked out of the wilderness and into the arms of Cooke City rescuers, who brought him home to his grieving family in Bozeman.

“It’s bittersweet,” said Kerry Corcoran Gaillard, whose husband, David Gaillard, was killed by an avalanche Dec. 31, 2011, when the couple was cross-country skiing.

“I was excited” to get Ole back, she said, “but it amplified the loss of Dave a little bit. You automatically wish it could be Dave.”

David Gaillard, 44, was the Defenders of Wildlife Northern Rockies representative, a wildlife advocate, a dad and stepdad, and co-president of the Irving parents council. He and Kerry, who teaches art at Bozeman High School and the Bridger alternative program, had been married just over one year.

How a little dog could survive four days in the wild, when temperatures dipped into the teens, is “beyond belief,” said William Gaillard, David’s father from Connecticut. “It truly is a miracle.” - Story via The Bozeman Daily Chronicle.

Below, watch a video by Ben Zavora of BeartoothPowder.com as he retraces the path of Ole: