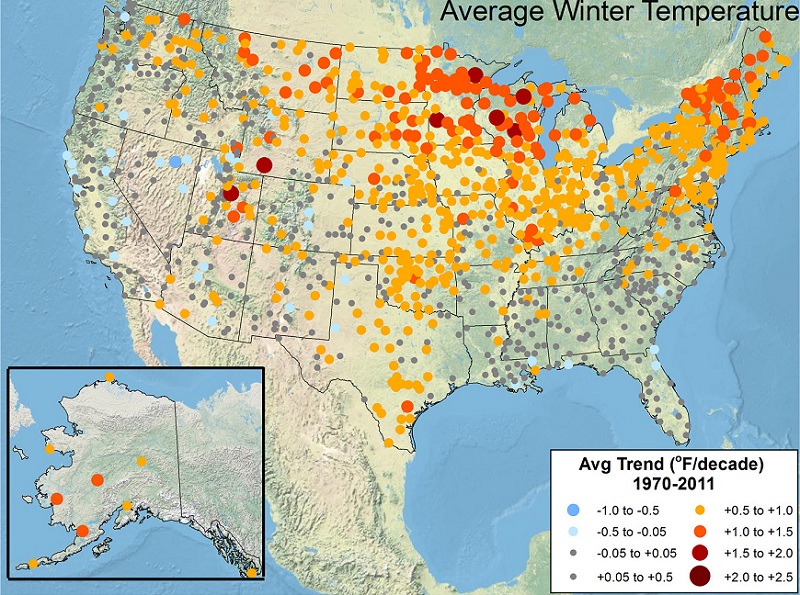 We know that across the United States, winter temperatures have already warmed 0.16 degrees Fahrenheit per decade since 1895 and the rate of warming has more than tripled to 0.55 degrees Fahrenheit per decade since 1970. The strongest winter warming trends have occurred in the northern half of the United States, where snow plays an important role in their winter season. 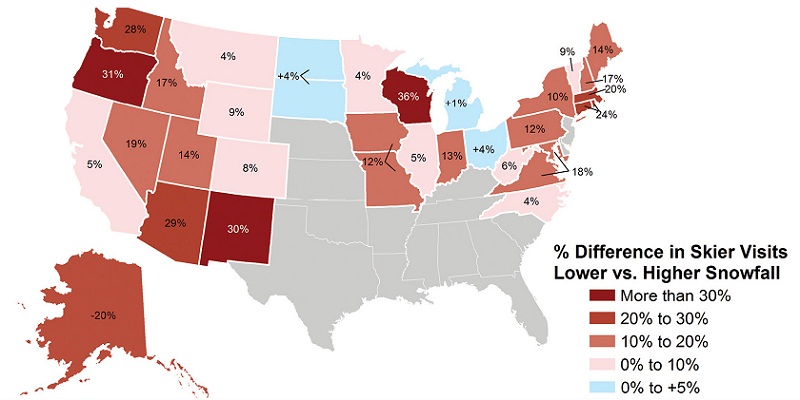 Without intervention, winter temperatures are projected to warm an additional 4 to 10 degrees Fahrenheit by the end of the century, with subsequent decreases in snow cover area, snowfall, and shorter snow season. Snow depths could decline in the west by 25 to 100 percent. The length of the snow season in the northeast will be cut in half.

All of this translates into less snow and fewer people on the slopes. 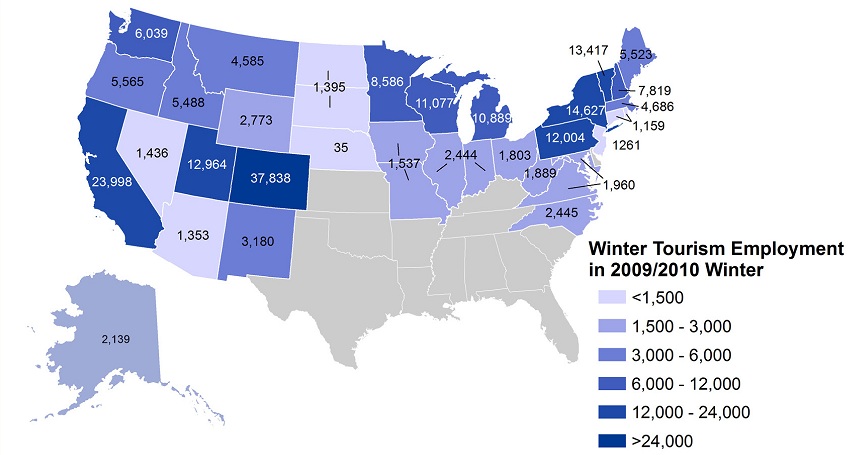 In an American winter landscape where more than three-quarters of states benefit economically from winter sports and where our study finds that nationwide there are 211,900 jobs either directly or indirectly supported by the ski and snowmobile industry, changing snowfall patterns will have a significant economic effect. In order to protect winter — and the hundreds of thousands whose livelihoods depend upon a snow-filled season — we must act now to support policies that protect our climate, and in turn, our slopes.