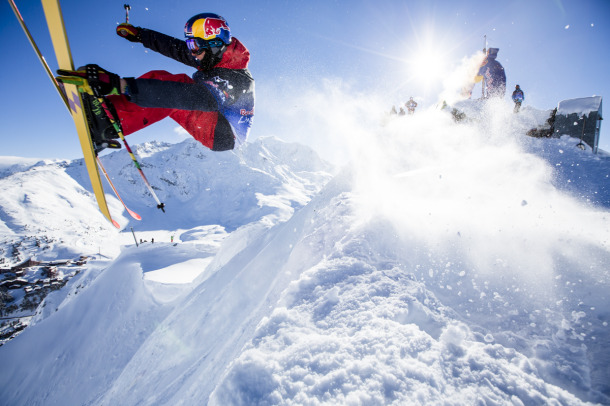 The 2013 edition of the Red Bull Linecatcher featured a high level of competition on the White Circus face, in the Savoyard resort of Les Arcs, France. As expected, the day had clear skies, little wind and very cold temperatures, allowing the snowpack to retain its lightness. On this beautiful face covered with powder, 20 skiers decided to do what they do best: go huge in the backcountry. 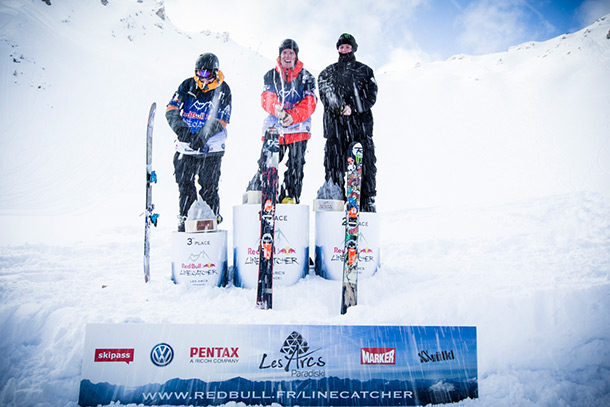 A native of Chamonix, Sam Favret, impressed the judges with breathtaking descents. In his last run, Favret skillfully combined the techniques of freestyle, freeride commitment, and creative line choice, convincing the jury he was the No. 1 skier of the day.

After a switch cork 540 on the right side and a left cork 720 off two kickers on the top of the face, Favret skied with aggression and fluidity in the second part of his line, embellishing his descent from a 360 on a natural air before drawing in large turns toward the finish line.

“Happiness! What a day! There were really great [jumps] on this contest,” Favret said. “I have overcome the pressure and ski relaxed and it allowed me free rein and [to ski] my best. This is awesome. ... This result bodes well for the rest of the season.” 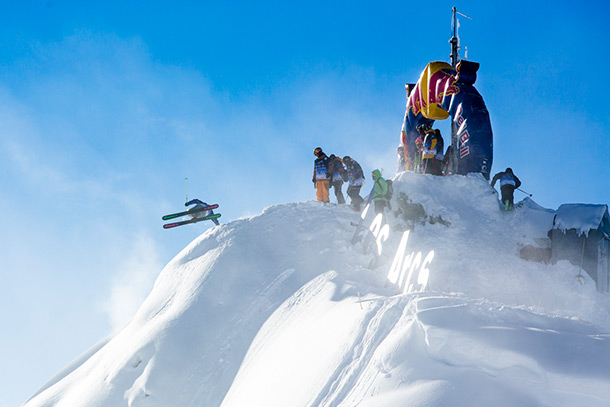 Parker White, a 21-year-old American ski prodigy and the youngest skier in the race, climbed to the second step of the podium. He won the heart of the jury by making two very technical airs perfectly on his first run, throwing a 720 and a butter cork 720.

“Today was a magical day,” said White, of Vermont. “I did not expect at all to finish second and I'm really, really happy.”

Nicolas Vuignier, of Switzerland, who is the only one of the three winners to have already participated in the Red Bull Linecacher, completed the podium. It was during the 2011 edition that Nicolas had crossed the qualifiers but could not confirm at the final stages. This year, is his last run, he seized his chance. He chose a strange line, beginning his descent with a 360 on natural terrain before two kickers: a cork 7 and 360, all at full speed and flawless.

“Everyone has skied so well that it must have been really difficult for the judges. I am very pleasantly surprised and super happy,” Vuignier said while leaving the podium. 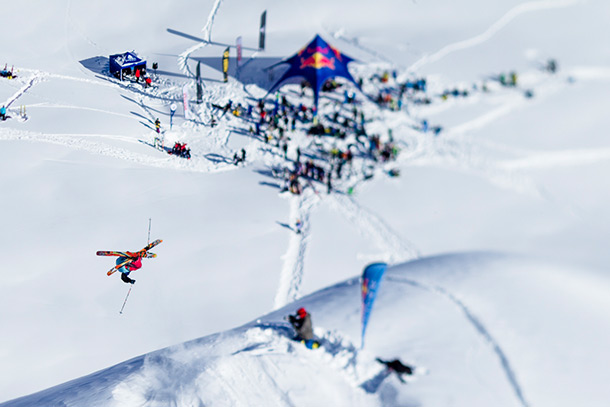 Finally, the special prize of “Best Natural Trick” (best is on natural terrain) was awarded to Léo Taillefer of Val d'Isère for his superb skiing and a 360 over a bump in the natural entrance of his run.

This fifth edition of the Red Bull Linecatcher has been a great success and resulted in a very diverse showcase of freeskiing.