Snowbird, Utah - Snowbird’s Ski Patrol, world-renowned for providing cutting-edge snow safety on the most rugged lift-serviced terrain in North America, was recently visited by Dr. John Lawton. While Lawton’s name may not be synonymous with backcountry travel, his contribution to it has been used for the past 40 years by all individuals mindful of avalanche safety.

In 1968, a Cornell research team headed by Lawton and influenced by avalanche expert Ed Lachappelle, created the first analog avalanche transceiver, the Skadi aka the “hot dog” Skadi. Improving upon the radio transceiver/receiver system Lachapelle had experimented with, Lawton assembled a less complex and less expensive transceiver that worked off of a magnetic field and produced an audible tone.

The Skadi hit shelves in 1971 and quickly became the international standard for locating avalanche victims. Many lives have been saved since and it’s safe to assume the proliferation of avalanche awareness and the modern digital transceiver would not be what it is today without the work of Lawton’s team.

For those of us whose lives are so deeply intertwined with winter, the importance Lawton’s Skadi cannot be overstated. The odds of returning home safely have dramatically increased since the Skadi’s invention and in terms of backcountry travel, coming home safe is the number one rule. 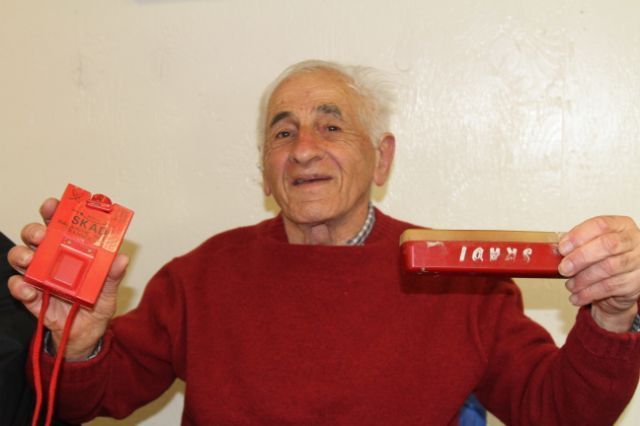 Lawton, above, with the first gen Skadi (right) and a later version. Skiers (most often patrollers) nicknamed it the "hot dog” due to its red color and curved corners.