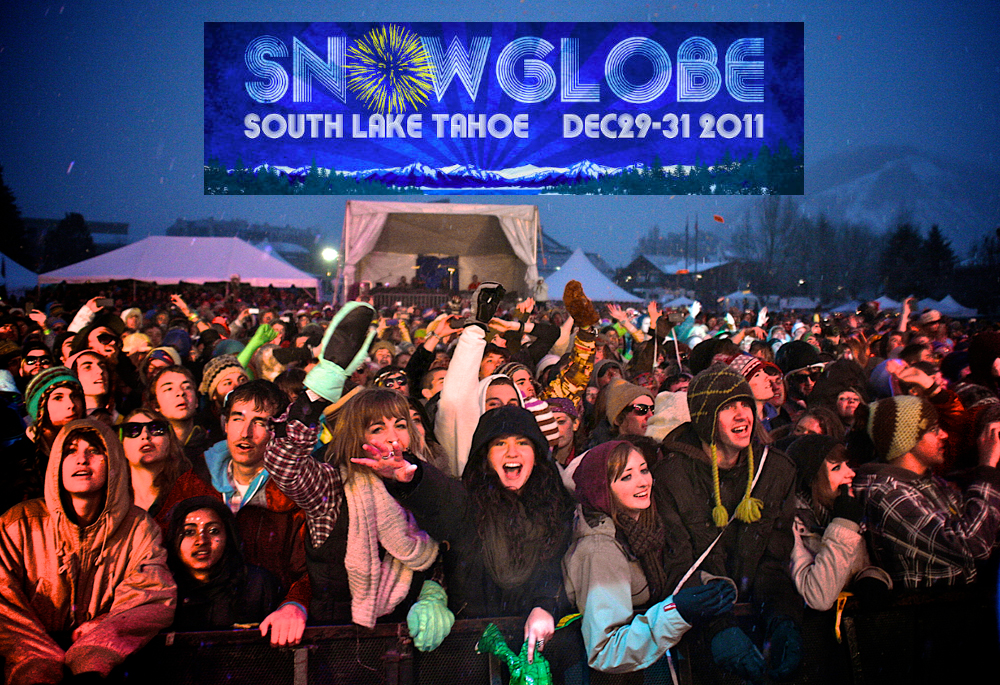 Skiing and partying are kind of like cake and ice cream. They’re both delicious alone, but on those special occasions, they’re even better served up side by side. If downhillin’ and dancin’ delight your sweet tooth, don’t miss two new events that will be serving up the party beats with a big spoon this winter — SnowGlobe and SnowBall Music Festivals.

Sounds like a winning recipe for aprés-ski radness right? The SnowBall production crew is betting so, but they’re not leaving much to chance with the artist line-up. Headliners at SnowGlobe include four of the biggest names in electronic music — Bassnectar, Pretty Lights, Glitch Mob and Thievery Corporation. The SnowBall will feature Bassnectar and TV On The Radio among dozens of other bands yet to be announced. Sponsored after parties at casinos and clubs will also keep things bumpin’ well after the festival grounds shut down each night.

The only caveat to these events is that the festival grounds in Tahoe and Vail are outdoors with the main stage seating uncovered. There are plenty of party people already planning on bundling up, though. Both festivals sold out of early-bird tickets in under 10 minutes. Regular tickets are still available but are expected to sell-out before the festivals begin. Three-day general admission tickets to either festival are $150 while a single day pass to SnowGlobe costs $65-75. VIP packages are also available.

Whether you’re down with dubstep or not, these winter festivals are a cool twist on your average ski day and a welcome addition to the entertainment calendar in Tahoe and Vail. It’s surprising that resort towns haven’t hosted more winter music festivals, actually. The events aren’t dependent on snow conditions and the skiing and music double the draw from the same demographic.

The realities of this untapped ski-entertainment niche aren’t lost on SnowBall and SnowGlobe founder Chad Donnelly. After the rousing success of the first SnowBall Festival held last March in Vail, Donnelly is primed to bring a lot more music to the mountains. To catch the inside scoop on where the next SnowBall festival might pop up and to hear more about the inspiration behind the SnowBall scene, Tetongravity.com caught up with Donnelly for a couple questions. Read on for the lowdown...

TGR: What was your inspiration for creating a winter music festival?

Donnelly: I was laying in bed in Colorado watching it snow, waiting to leave for Coachella Music Festival in California the next day, when the idea came to me. I thought, ‘Why in the world couldn’t we hold a festival in the winter?’ If we could pull it off, it would bring together everything I knew and loved, friends, skiing and partying.

TGR: Was it difficult to get Vail and South Lake Tahoe to agree to host the festivals?

Donnelly: I knew it would be a challenge but I had no idea how big. It took 75 trips to Vail to convince them that we could pull off the first SnowBall. Then we had to raise the capital and prove we could do it. So many pieces had to fall into place to make it happen that first time. Since then, it’s gotten a lot easier. When we brought the idea of SnowGlobe to the town of South Lake Tahoe they were fully behind us from the start. They have been amazing to work with. 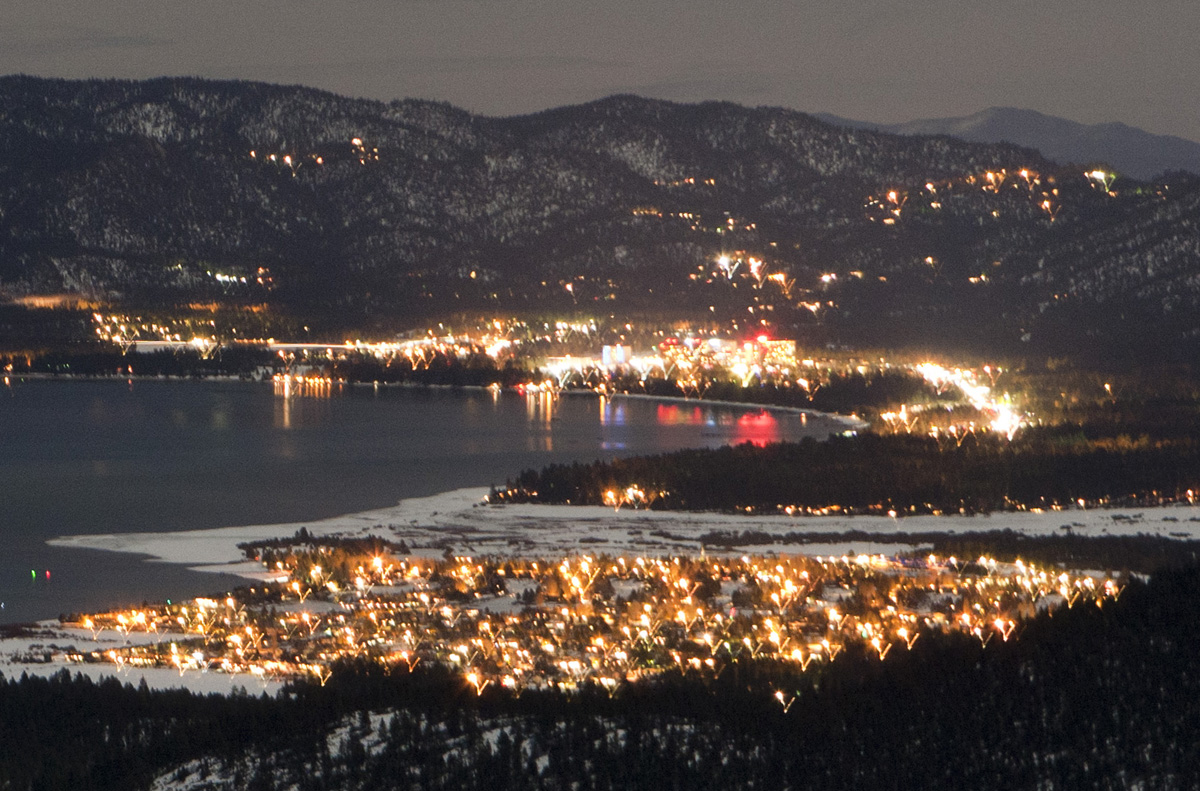 TGR: So the first SnowBall must have been quite the success?

Donnelly: It was an unbelievable success. We were able to generate just under 4.8 million dollars in economic impact to the Vail Valley. Knowing that jobs had been lost and businesses had been shutting down in the area, we take a lot of pride in what we were able to provide. And at the same time, we designed the festival from a fan’s point of view and made it as affordable as possible. There are not many festivals less expensive. Seeing 10 artists a day for 50 bucks is a great deal. We take pride in that too.

TGR: Some people question the sanity of hosting an outdoor music festival in the mountains during the winter. What do you have to say to that?

Donnelly: I can’t tell you how many times I was told I was crazy. Sure, the reality that a blizzard could hit during the festival makes my heart pound, but the odds don’t seem bad enough not to pursue the dream. I’ve been to both Coachella and Austin City Limits when it’s been over 100 degrees. Festivals can have extreme conditions. And just look at football games. There will be 75,000 fans sitting in a stadium freezing. But they do it and they love it. People will have to bundle up at our festivals but there is a lot to be said about that. It will be a fresh experience, which is always exciting to be a part of. When it snowed during the Flaming Lips performance at SnowBall it was a once-in-a-lifetime moment. The band and the crowd were blown away. I hope it snows like that at SnowGlobe.

TGR: Why do you think skiers make the ideal music festival fan?

Donnelly: There is a lot of crossover with people who have adventurous personalities. If you're willing to take chances on the hill, you’re probably also the kind of person who is willing to get down at night.

TGR: Do you have any future plans for more or bigger SnowBall festivals?

Donnelly: We’ll definitely be doing more festivals. Plans are in the works for a festival in Killington, Vermont, and then we’re also looking into two locations in South America and Canada. We never want the festivals to be too big, though. The idea has always been a boutique style festival where everyone can get a good seat. Fifteen to twenty thousand people will probably be the max. 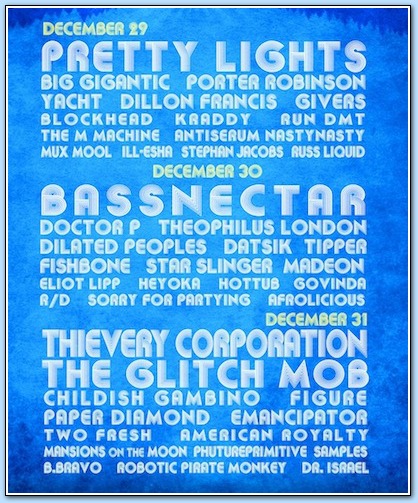