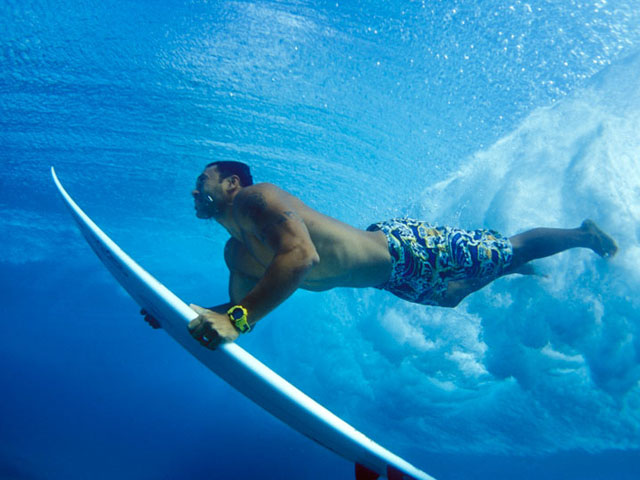 Sunny duck-dives a wave at Pipeline on the north shore of Oahu. Photo by Sean Davey.

"Going into this competition I was very focused on regaining my world championship title," said Sunny Garcia, former ASP World Champion. "Winning this competition was a huge 2012 goal for me and I am very proud to say that my training, dedication and drive to win paid off."

Garcia competed in the Men's Grand Masters, for surfers over 40 years old, in the ISA's Nicaragua World Masters Surfing Championship. The competition was fierce going into finals on Day 8, with high scores from Day 7 being held by Sunny Garcia, Junior Maciel and Dean Randazzo.

Garcia used his intense passion for winning and devoted spirit to wow the judges and bring home a victory for the United States.

Some of Sunny Garcia's surfing accomplishments include: